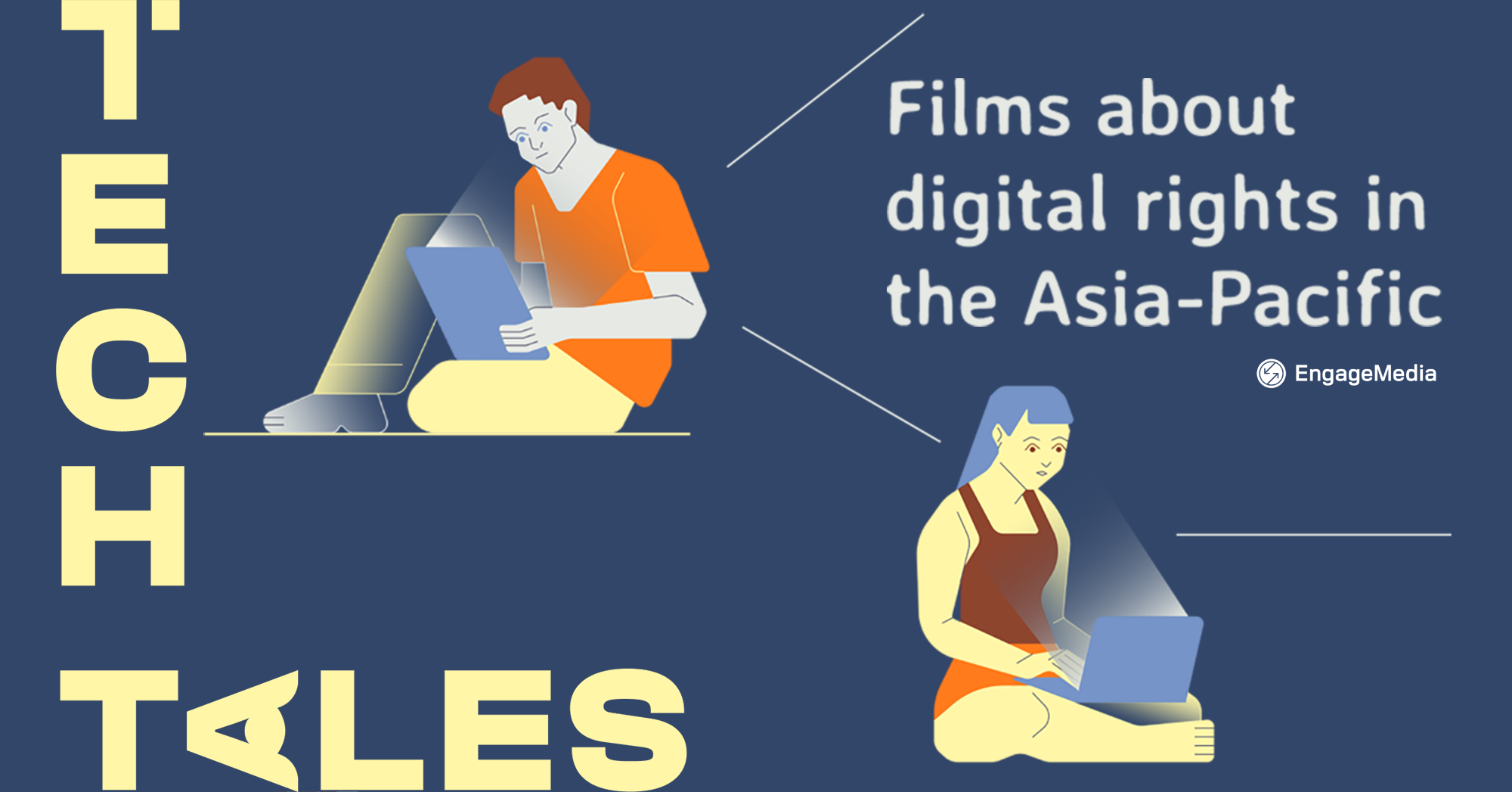 Tech Tales: Films about Digital Rights in the Asia-Pacific is a collection of eight films that highlight human rights stories in the digital age. Tech Tales has reached audiences in the Philippines, Indonesia, Myanmar, and Mongolia, with more screenings set in the coming months. But you no longer have to wait for a screening.

Today, we are excited to announce that you may now watch Tech Tales online. Produced by EngageMedia, the full film collection is now available on Cinemata, a platform for social and environmental films about the Asia-Pacific.

Aside from raising awareness, sparking conversations, and encouraging action, Tech Tales has also received critical acclaim: Two films in the collection have been officially selected in prestigious festivals, including Pattani Calling for the ACT Human Rights Film Festival 2022 and My Clouded Mind in the Toronto Animation Arts Festival International.

The filmmakers behind the Tech Tales collection are Jackson Brook of Cambodia, Richard Soriano Legaspi of the Philippines, Vijitra Duangdee of Thailand, Annisa Adjam of Indonesia, Yihwen Chen of Malaysia, Varun Kurtkoti of India, Andrew Garton of Australia, and a filmmaker from Myanmar whose identity has been withheld for security reasons.

The Tech Tales films zero in on some of the most pressing digital rights issues in eight Asia-Pacific countries and highlights the connections and parallel experiences across the region.

Engaging audiences across the Asia-Pacific

To help ensure more audiences are able to watch the films, EngageMedia has partnered with media, educational, and advocacy partners across the region:

We hope you enjoy the films, and more importantly, engage with the digital rights issues depicted in the stories. If you would like to host a Tech Tales screening, or include the films in festivals or events, reach out to us through the Tech Tales Partners page.