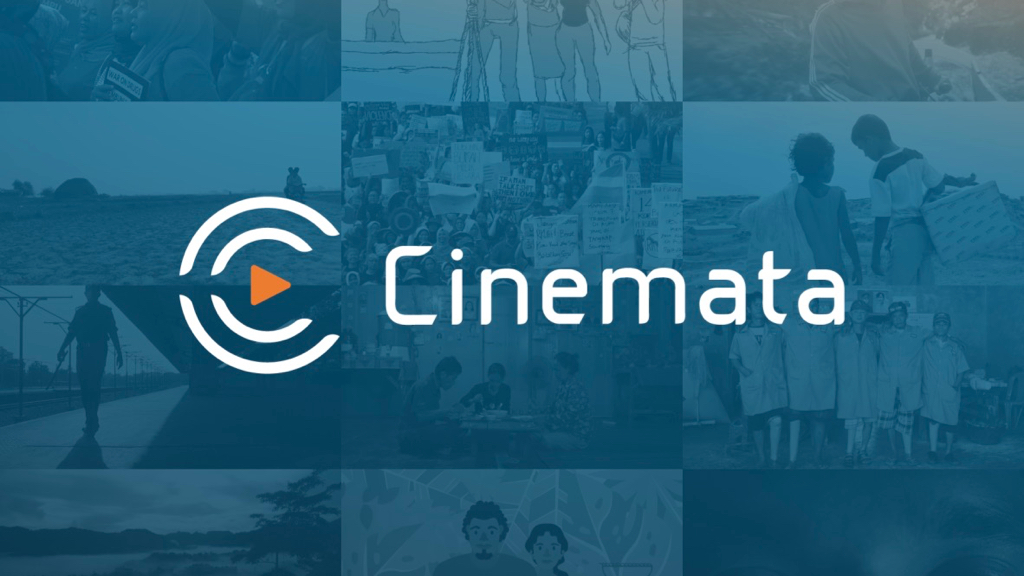 The latest version of Cinemata features enhanced site navigation and video upload improvements, making it easier for filmmakers and audiences to discover and contribute social issue films about the Asia-Pacific.

Since early 2022, Cinemata has been undergoing developments based on insights gathered from the curatorial team’s engagement with filmmakers and video groups across the Asia-Pacific. This latest update reflects the Cinemata team’s efforts to respond to the needs of the community and how filmmakers and video organisations can further maximise the platform for their advocacy.

The previous version of Cinemata had out-of-the-box features from MediaCMS, the open source video and media content management system where the site was based. Some of the key features in this latest version include:

These improvements add to the free, upgraded features on Cinemata which are offered for a fee in other corporate video platforms. These include the capability to download videos from 240p to 4k resolution as well as the original file, and the capability to upload videos using various codecs (h264, h265, mkv), including support for Apple ProRes and Avid DNxHD.

More than just a video hosting platform, Cinemata is also bringing together a strong network of filmmakers and curators, civil society organisations, media, educators, and activists in the Asia-Pacific contributing to wider human rights campaigns and movements. The platform facilitates these collaborations by hosting online film screenings, featuring co-curated playlists with partners, and promoting featured films through targeted outreach to relevant audiences.

With the platform’s updated interface and new features, Cinemata partners can expect increased visibility and reach for their events and announcements. Last month, the 18th Mini Film Fest boosted promotions for its online event through Cinemata’s top banner feature, while the rare collection of Philippine martial law films co-curated with archiving advocate Rose Roque continues to garner attention with its prominent feature on the Cinemata front page.

With its latest features, Cinemata is the platform of choice for the 34th Gawad Alternatibo film competition, the longest-running independent film competition of its kind in Asia. As the online screening partner for the festival, over 100 films will be exclusively available on Cinemata until October 31.

The Cinemata curatorial team also bridges filmmakers to relevant audiences through promotion on social media, Cinemata’s bi-monthly newsletter, and the Cinemata Features and the Featured Filmmaker series published on EngageMedia. 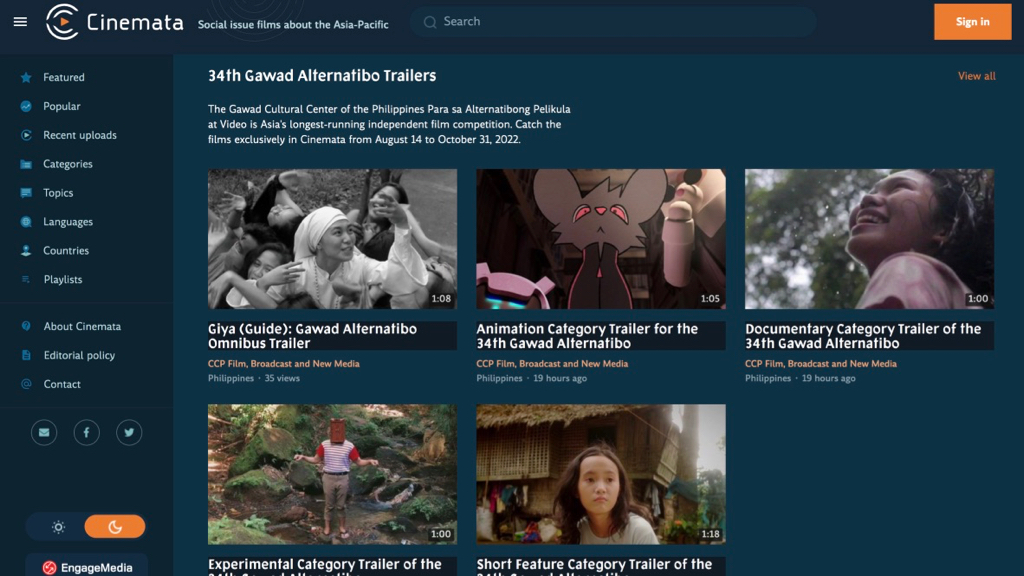 In the coming months, Cinemata will continue adding new features, including:

We invite you to support its development by exploring the platform, uploading your own videos, and sharing content with your networks. If you would like to share ideas for improvement or new features you’d like to see on the platform, email contact@cinemata.org. To stay updated on new videos, playlists, and announcements on latest developments, subscribe to Cinemata’s bi-monthly newsletter.