‘Not Love Songs’ director: Using film to challenge the clampdown on critical voices in Cambodia 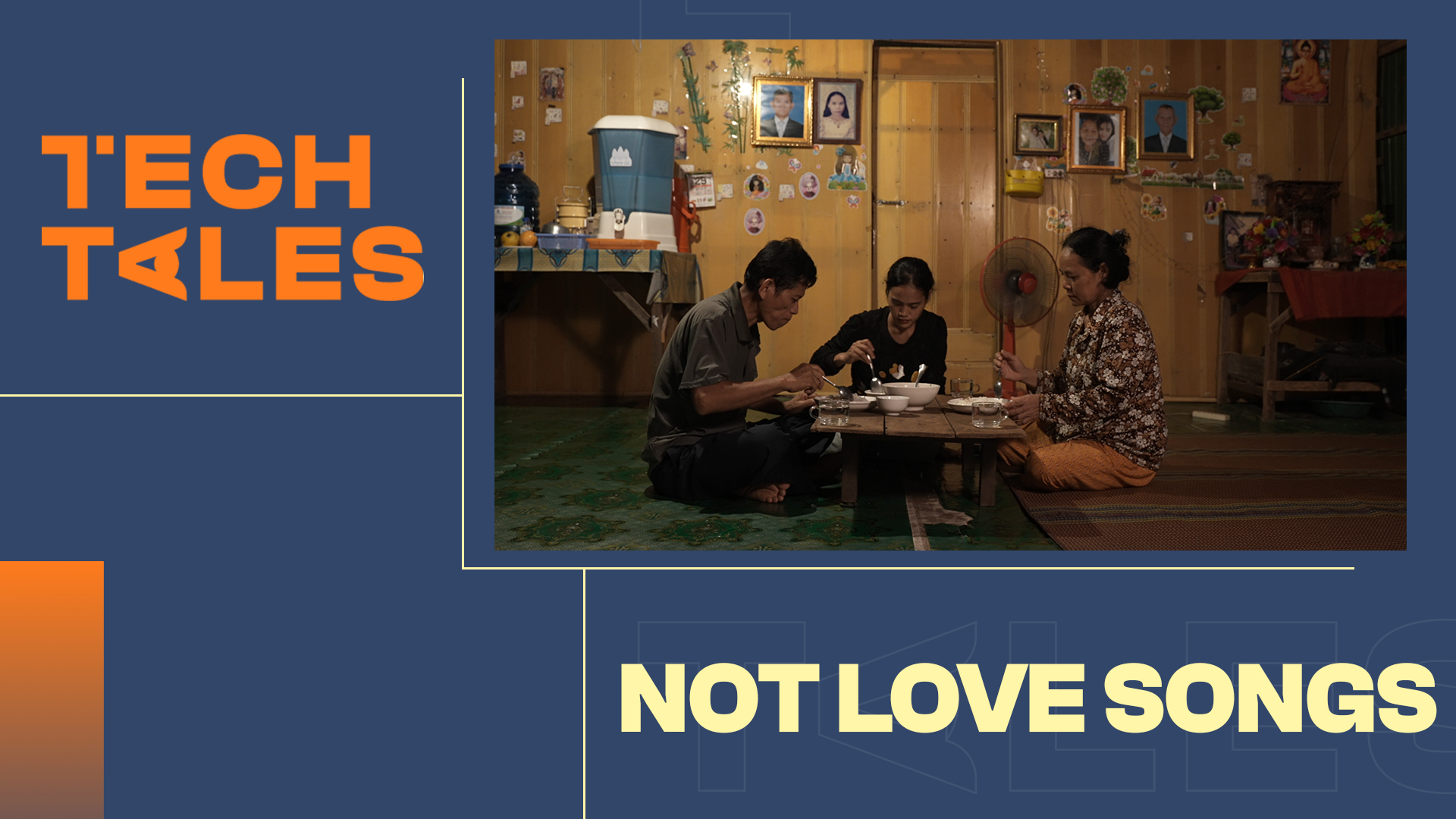 ‘Not Love Songs’ is part of Tech Tales: Films about Digital Rights in the Asia-Pacific, EngageMedia’s film production and screening project highlighting human rights stories in the digital age. This post is part of a series of articles exploring the rationale, context, and inspiration behind the films, as told to EngageMedia by the filmmakers.

In December 2020, American filmmaker Jackson Brook arrived in Cambodia just as rapper Kea Sokun was convicted on charges of “incitement to commit a felony” – one of the most common tools of suppression by the Cambodian government.

While the government portrayed Sokun as an opposition-funded musician calling for an uprising through his social justice-themed songs, his parents argued that he was just a kid making music in his room.

Sokun’s case, and how the Cambodian government used the law against him, inspired Brook to explore these systematic attacks on freedom of expression in his short film Not Love Songs.

“What struck me about Sokun’s case and inspired me to dig into the story was that unlike most people, he refused to back down under government pressure. How and why he chose to take a stand intrigued me”, Brook said.

Sokun was released in September 2021 after a year in prison. Despite his imprisonment, the rapper asserted that he had no regrets about his songs.

Sokun’s case came at a time when Cambodian contemporary music was experiencing a vibrant moment, with new artists and uniquely Cambodian modern sounds fusing with western influences. But as the industry was still recovering from the Khmer Rouge era, a time when almost all Cambodian artists were eliminated, most prominent musicians chose to steer clear from politically-charged music.

But Sokun, an independent artist, dared to go against the mold. With social media as his platform, he spoke up about social issues through his music. When his songs went viral in 2020, he found himself on the government’s radar.

“Most cases of incitement [to commit a felony] seem to happen when a citizen posts something, and, for whatever reason, the government sees it and deems it enough of a threat”, Brook explained. “In Sokun’s case, he had been producing hard-hitting rap songs for months, but only after one of his songs went viral on TikTok did the government take notice and decide to arrest him”.

While Article 41 of Cambodia’s constitution explicitly guarantees the right to freedom of expression of all Khmer citizens, it also states: “No one shall exercise this right to infringe upon the rights of others, to affect the good traditions of the society, to violate public law and order and national security”. Such conflicting statements can also be found in the country’s 1995 Press Law. According to the World Association for Christian Communications, the ambiguities in the law opens it up for possible misuse and abuse.

As with many film productions during the COVID-19 pandemic, lockdown restrictions posed a challenge in making the film. With mobility restrictions constantly in flux, Brook had to be ready to shoot the film at short notice.

Overcoming the language barrier was also an additional challenge for the American filmmaker.

“It is already difficult to condense an hour-long interview into tight soundbites that make concise points, but [it’s] significantly harder when it’s happening in a language you only partially understand”, Brook said. The film’s translators played a critical role in shaping the narrative of Not Love Songs, but due to security concerns, they could not be credited in the film.

Beyond the usual difficulties in film production was an even bigger challenge: influencing public opinion on Sokun’s case and more broadly, the Cambodian government’s clampdown on critical voices.

Brook shared that many Cambodians he spoke with thought Sokun deserved his fate. But he expressed hope that Not Love Songs will provide greater clarity to Sokun’s case and show the dangers of allowing such moves to go unchallenged.

“I hope that people who watch the film will see the value and admirable nature to [Sokun’s] decision to not back down under government pressure, while understanding more about what motivated him to do so”, the filmmaker said.

He added: “I hope that the film can be used as evidence to show the unfairness of incitement charges and reveal more about how power operates in Cambodia, as well as the insecurities of those who wield it”.

By telling Sokun’s story, Brook hopes the film would inspire people to take a stand for their rights.

“Hopefully, it can also inspire artists across Southeast Asia to speak out, make hard-hitting social justice commentary, and stand strong when blowback comes”, he said.