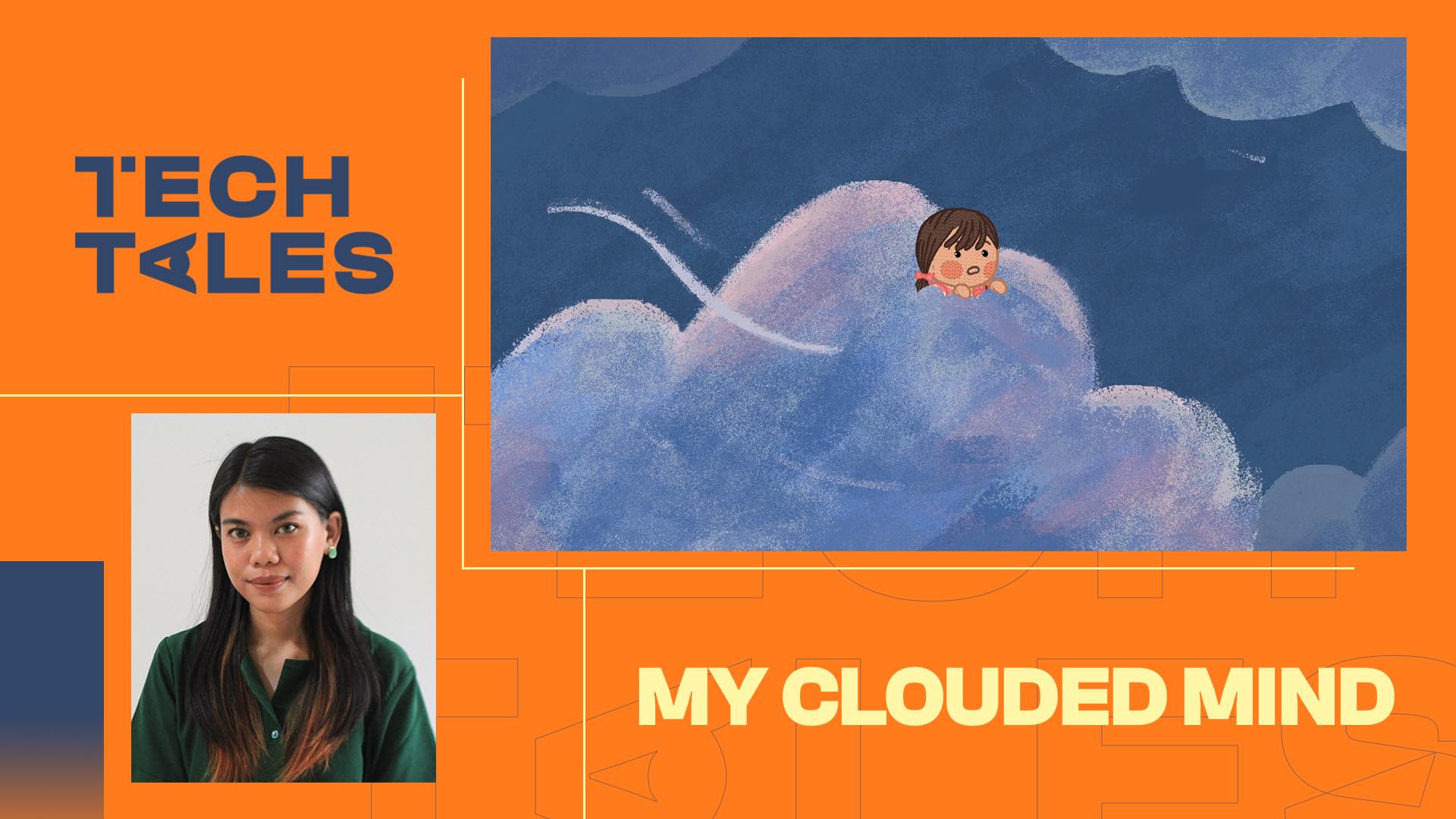 Since its release, ‘My Clouded Mind’ has been selected for the Toronto Animation Arts Festival International 2022. The film is part of Tech Tales: Films about Digital Rights in the Asia-Pacific, EngageMedia’s film production and screening project highlighting human rights stories in the digital age. This post is part of a series of articles exploring the rationale, context, and inspiration behind the films, as told to EngageMedia by the filmmakers.

Indonesian filmmaker Annisa Adjam is no stranger to the sensitive subject matter of her film My Clouded Mind, which tells the story of a young woman’s journey to recovery following a case of online gender-based violence (OGBV). Over the years, Adjam has taken on various film projects tackling difficult but critical topics, such as sexual harassment and gender equality issues in Indonesia.

After observing the sharp increase of OGBV cases in Indonesia due to the COVID-19 pandemic, Adjam felt compelled to further explore how the digital world is fueling misconceptions about a topic affecting thousands of Indonesian women.

“As a filmmaker who is mostly spending time on digital platforms, I [felt] the urge to learn about our digital rights and privacy, then use the medium of film to spread awareness and inform people what I’ve learned”, Adjam said.

The International Center for Research on Women (ICRW) defines OGBV as an “action by one or more people that harms others based on their sexual or gender identity or by enforcing harmful gender norms”. This covers a host of behaviours, from “stalking, bullying, sexual harassment, defamation, (to) hate speech and exploitation”.

While OGBV cases have been increasing in Indonesia every year, the pandemic has significantly worsened the situation, with cases more than doubling compared to previous years. According to a report by the Southeast Asia Freedom of Expression Network (SAFEnet), OGBV incidents jumped from 60 incidents in 2019 to 620 incidents in 2020.

Most of the work on the film was conducted online, although Adjam and her team also encountered the typical challenges of film production work amid a pandemic. One of their biggest adjustments, however, was deciding to shift to a different storytelling format.

“We didn’t have any significant problems throughout the process of making this film, except for [when] we changed the initial format from a hybrid documentary into a fiction short animation. [It was] due to the lack of time to find a subject who was comfortable to talk about this sensitive issue”, Adjam said.

By using animation to tackle the issue in a meaningful yet creative way, Adjam hopes to contribute to campaigns and initiatives aimed at countering the rise of OGBV cases. In their paper “Social Media, Digital Activism, and Online Gender-Based Violence in Indonesia”, authors Eny Ratnasari, Suwandi Sumartias, and Rosnandar Romli pointed out that OGBV cases are a sensitive matter, making it difficult for the topic to be part of public conversation. While working on the film, Adjam also saw for herself the lack of government attention on several cases that had gone viral. She also deplored the lack of education and awareness about OGBV that facilitated rampant victim-blaming.

Adjam hopes My Clouded Mind can be instrumental in helping people better understand OGBV through the perspective of women. She also hopes the film will inspire thoughtful and nuanced solutions in Indonesia and in other Southeast Asian countries.

“We hope that this film could be treated as a friend by people who are experiencing a similar case, and also [as a] guide for people to identify OGBV and know how to respond to it wisely”, she said.