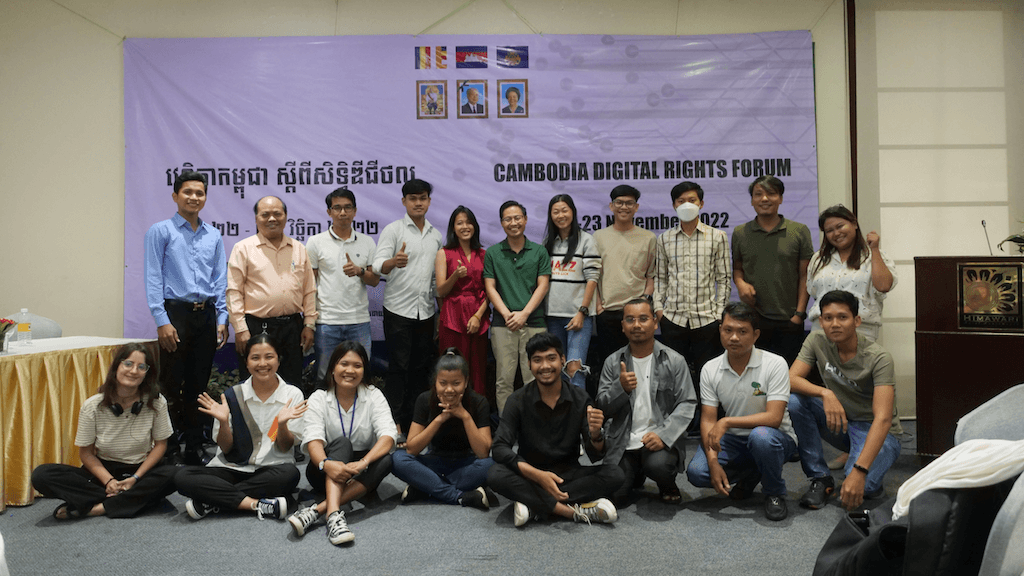 Participants of the Cambodia Digital Rights Forum discussed challenges to internet freedom and ways for civil society to collaborate on possible solutions to address these issues.

In recent years, freedom of expression has steadily declined in Cambodia, with the government enacting restrictive policies. Civil society groups need to pressure the government to ensure that internet freedom and free expression are safeguarded, according to participants of the Cambodia Digital Rights Forum held last November 22 and 23.

In his opening remarks, CCIM Acting Director Ith Sothoeuth noted that Cambodian people increasingly rely on social media and other online platforms not just to access news and information but also to express their opinions and sentiments to the broader public.

However, the government has been steadily enacting measures that, while intended to protect national security and people’s privacy and personal data, have raised alarm among human and digital rights advocates. These policies, Sothoeuth said, do not adequately reflect the public’s experience, and there has been little opportunity for civil society groups to participate in policy discussions before these policies were enacted.

Events like the Cambodia Digital Rights Forum aim to provide spaces for various actors to discuss these shared challenges to digital rights and collaborate on ways to raise awareness and advocate for freer and safer digital spaces for all. 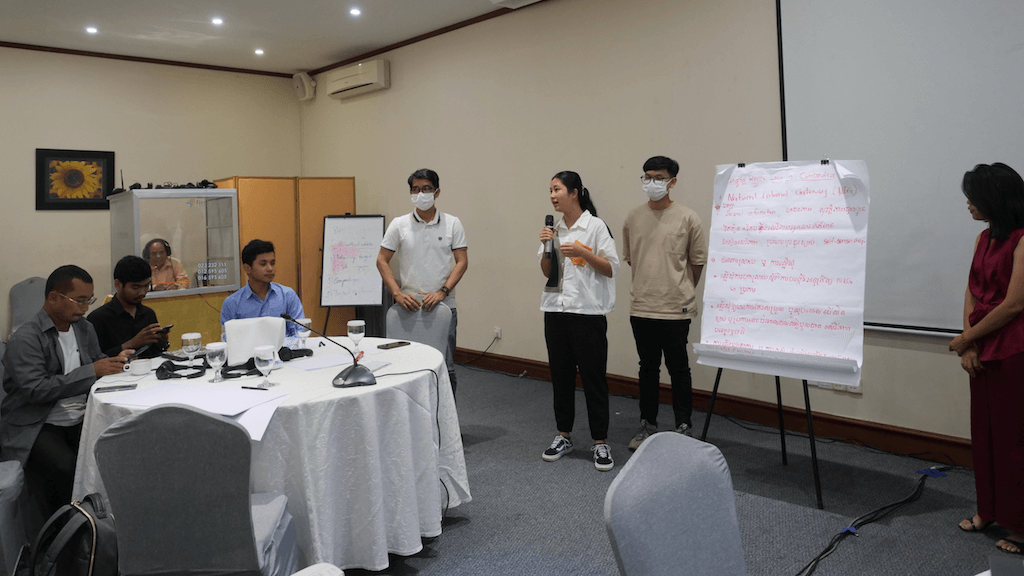 The National Internet Gateway and its impact on internet freedom and digital rights was one of the main topics discussed during the two-day forum.

One of the main topics discussed during the forum was the controversial National Internet Gateway (NIG), a China-style firewall that, if implemented, would create a single point of entry for all internet traffic and enable authorities to control internet access. This significantly undermines internet freedom in Cambodia and poses a huge threat to journalists, activists, and civil society organisations working on human rights issues.

Aside from the NIG, the Cambodian government has also imposed controls over internet activities and free speech. In 2020, Cambodia’s Ministry of Information established a Fake News Monitoring Committee to monitor social media and block content and platforms that “promote false information that cause social unrest”.

This situation is not unique to Cambodia alone. In his presentation, EngageMedia Digital Rights Manager for Mekong Yawee Butrkrawee highlighted the increasing restrictions on press freedom and internet freedom across Southeast Asia. He also noted that better internet infrastructure and a higher level of economic development do not automatically translate into better protection of digital rights. In several countries across the region, governments have been enacting legal measures such as penal codes, telecommunication and computer usage laws, national security laws and anti-fake news laws, and implementing harsher provisions of existing laws to control access to information. Many of these policies are grounded on the claim of protecting national security; however, such laws also infringe on the rights and freedoms people should enjoy freely.

The breakout sessions during the forum focused on the NIG, a proposed cybercrime law, and journalist and activist safety. Participants expressed concern over the dangers to privacy and personal information posed by the NIG and the possibility of self-censorship once it is implemented. To allay these concerns, participants said the Cambodian government should elaborate on the controversial impact of the NIG, amend or omit measures that violate human rights, and discuss these concerns with civil society groups.

Similarly, before enacting the proposed cybercrime law, civil society groups should be involved in the policy discussions and take a more active role in crafting such measures to ensure that the resulting law would respect privacy, security, and digital rights.

The Cambodia Digital Rights Forum is the third country forum hosted by EngageMedia, following the forums in Thailand and the Philippines. The fourth forum was held in Indonesia last November 24 and 25, wrapping up the first group of digital rights events building up to the regional convenings in 2023.