‘Black Out’ director: Searching for truth and resisting propaganda in post-coup Myanmar 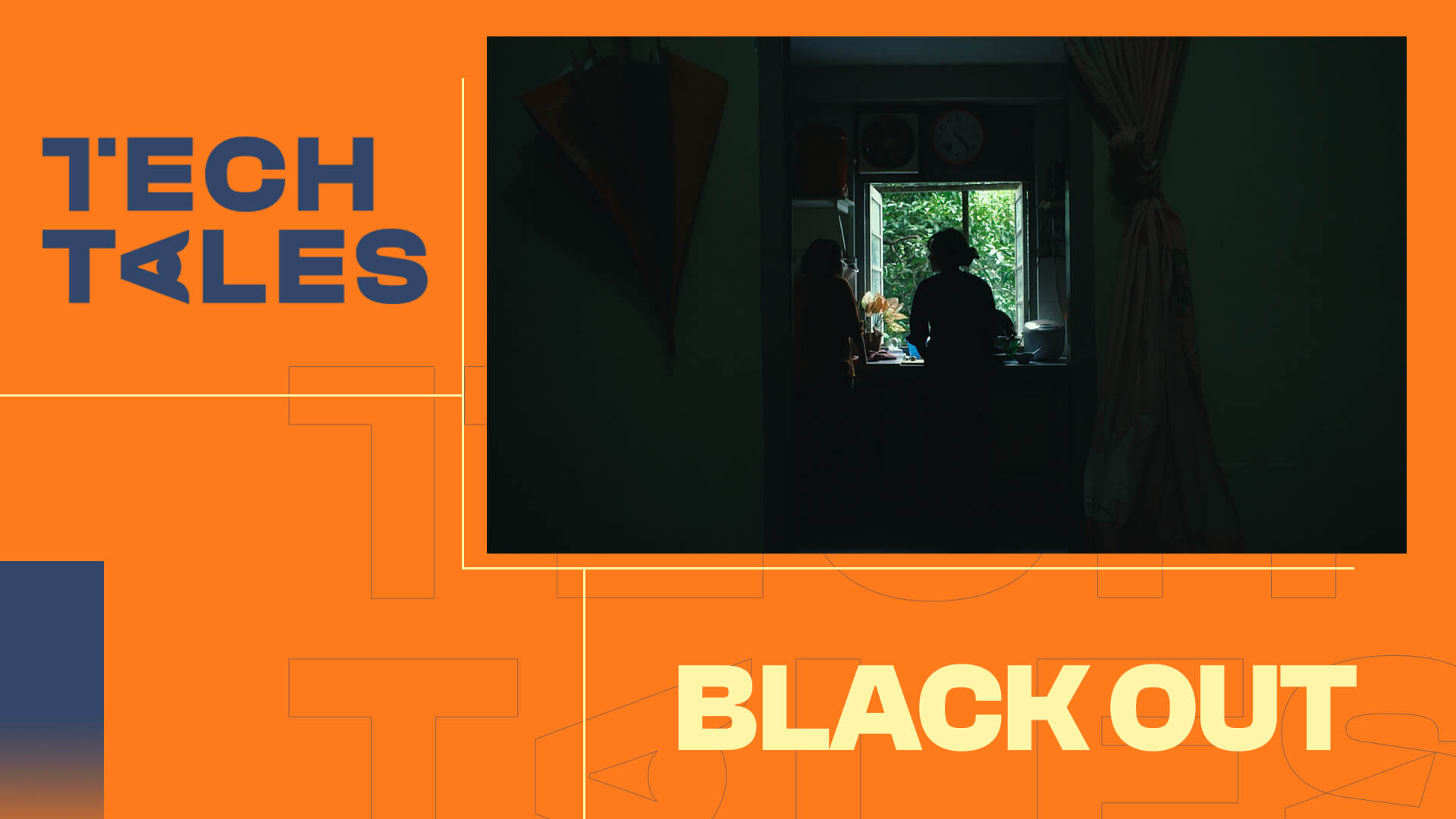 ‘Black Out’ is part of Tech Tales: Films about Digital Rights in the Asia-Pacific, EngageMedia’s film production and screening project highlighting human rights stories in the digital age. This post is part of a series of articles exploring the rationale, context, and inspiration behind the films, as told to EngageMedia by the filmmakers.

The February 2021 military takeover of the Myanmar government not only derailed the country’s fragile democracy, but also upended the lives of the Myanmar people. One filmmaker (whose identity has been withheld for security reasons) personally witnessed the disinformation being spread – and lack of information available – following the coup, and felt compelled to create Black Out, a story of one family searching for reliable information in an uncertain environment.

“After the internet blackout, fake news was a huge issue in our community”, recounted the filmmaker. “Each news story was exaggerated…People who did not know about [their] digital rights became victims”.

“At the same time, the internet blackout had an impact on our security – not knowing validated news meant not knowing what was really going on in our environment”, they added.

The filmmaker said the military used the internet blackout as well as disinformation strategies to spread propaganda and quickly consolidate its power grab. Social media was “deliberately filled with victims’ photos to spread fear”. Aside from internet access restrictions, the military blocked Facebook and other messaging services, revoked the licenses of media outlets, and ordered internet service providers to install spyware so the junta can monitor conversations, emails, and other e-communications. These scare tactics and disinformation strategies disrupted communication lines between activists and concerned citizens and preempted efforts to resist the military takeover.

Since the creation of Black Out, the junta has ramped up attempts to curtail the Myanmar people’s human and digital rights with the reintroduction of a draconian cybersecurity law that would impose tighter controls in the digital space and chip away at avenues for people’s free expression.

With protesters and journalists arrested and people’s rights to free speech curtailed, the Black Out team faced enormous challenges in mounting a video production effort in such a volatile situation.

“Filmmakers and journalists have faced imprisonment since the coup. We can’t get out on the streets to shoot with a camera [since it] attracts the attention of the soldiers. We [had] to make difficult choices for the film to be made without attracting any attention”, the filmmaker said.

To get around such restrictions and to ensure their safety, they made do by filming with a small crew in one home and taking care not to show the actors’ faces. The COVID-19 pandemic also added to the difficulty of creating the film, with one actor exhibiting symptoms and forcing the production crew to self-quarantine.

“[To create] a story without showing actors’ faces and [filming] in one home is very [limiting]. But with the strong will of our actors and crew members, we did our best to [avoid] putting ourselves at risk and doing the production safely”, the filmmaker said.

Raising awareness on the denial of digital rights

The film’s message on the state of digital rights in Myanmar has become even more timely as the country marked the one year anniversary of the coup with a new threat to their human and digital rights. Digital rights advocates warn the proposed cybersecurity law would “enshrine in law the death of online civic space”.

With Black Out, the filmmaker hopes to raise awareness on the need to fight disinformation and inspire resistance against state propaganda. “Among locals, the film can be used to raise awareness on fake news. Changemakers and activists can use this film as a reference when talking about our right to access valid news [and show the] severity of the internet blackout”.

PARTNER WITH US ON TECH TALES
This work is licensed under a Creative Commons Attribution-NonCommercial-NoDerivatives 4.0 International License.

1 thought on “‘Black Out’ director: Searching for truth and resisting propaganda in post-coup Myanmar”