Geopolitics of AI: The Rise of China, the US as Alternative?

Part 1 of a two-part series on the geopolitics of Artificial Intelligence (AI), and what this means for Southeast Asia. Read Part 2 here.

This article is part of EngageMedia’s broader efforts to document how AI affects Southeast Asia, from its benefits and uses, to its complications and dangers. Read our latest report on AI governance. 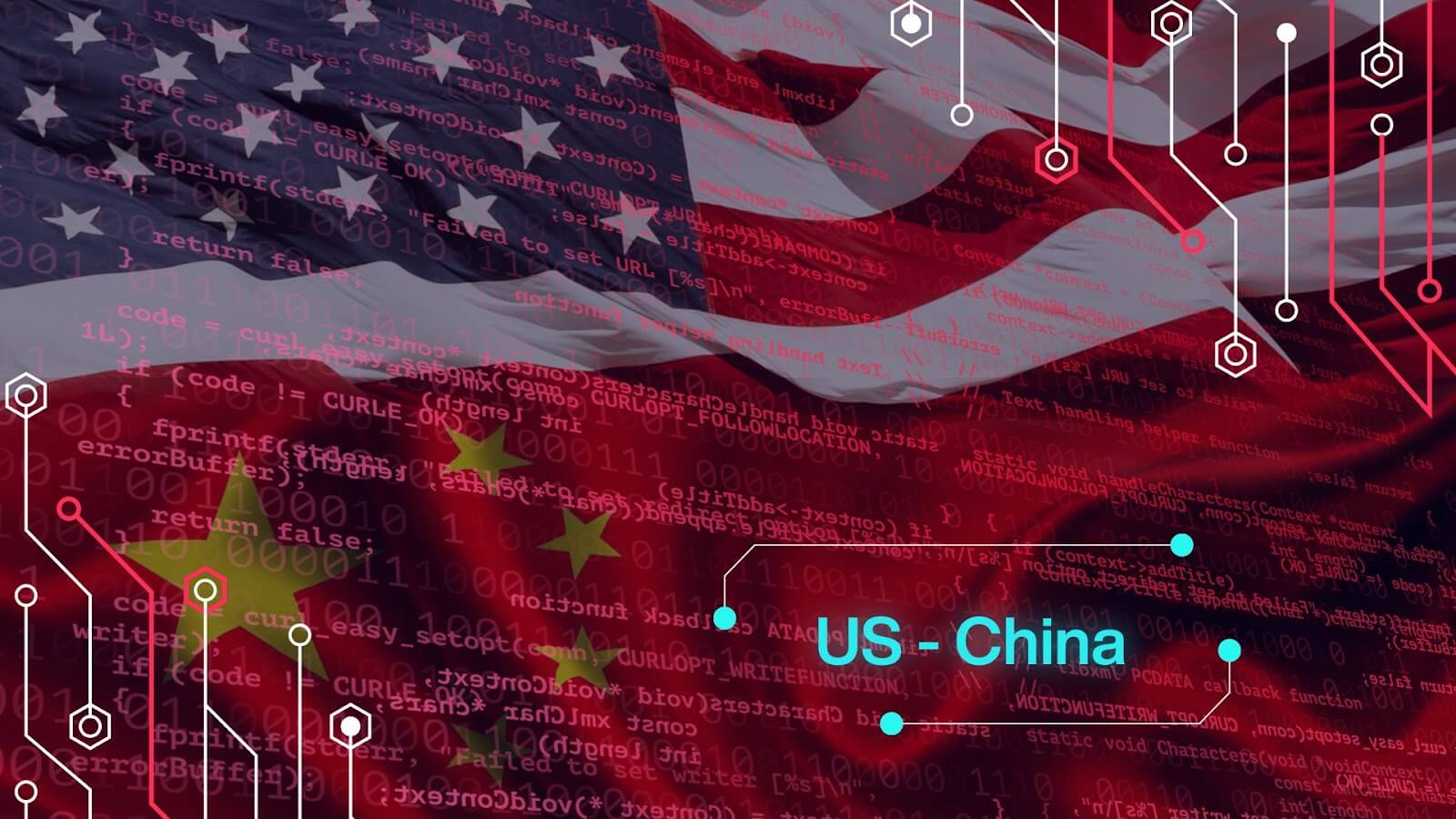 AI development has become a race among nations, with the winners expected to wield significant power in defining and dominating the future economically and geopolitically. In this competition,1 the US and China are the front-runners, with both countries surging forward based on their respective competitive advantages: the US has cutting-edge hardware, research, and talent, while China has a massive trove of AI-ready data, which fuels technological development, and a strong political will to succeed.2 While the US has been leading in technological innovation and development for decades, China’s technology ecosystem is projected to be on par with Silicon Valley by 2025 “in terms of dynamism, innovation, and competitiveness”.3

The dominance of these two countries in the tech sector undoubtedly has strategic implications on Southeast Asia, which predominantly relies on importing and using AI technology from the US and China. In the first of this two-part series, we look at China’s and the US’ strategies for asserting dominance in the AI and tech space, including the potential risks that each pose to the world at large. (Related reading: Governance of Artificial Intelligence in Southeast Asia)

The rise of China

China has a consolidated long-term strategy that aims to spread its global influence. Announced by Xi Jinping in 2013, the Belt and Road Initiative (BRI) is a trillion-dollar international infrastructural program that spans nearly 140 countries, with an expansive portfolio that includes projects in a variety of sectors such as energy, transportation, and information technology. Political observers have noted that although China frames the BRI as an initiative for economic cooperation to spur international development, the BRI also brings significant strategic value for China through ports and other transportation infrastructure.5

Beyond physical infrastructure, an important part of the BRI is its reach into the digital space through the Digital Silk Road (DSR). As of 2019, China has invested an estimated US$79 billion into DSR projects.6 As explained by Professor John Hemmings of the Daniel K. Inouye Asia-Pacific Center for Security Studies in Hawaii, the DSR’s general strategy is to create a global information highway with Chinese ‘bundles’ of technology, comprised of smart cities, smart ports, e-commerce and digital currency, communications networks, and satellite networks, which lock its customers into a digital environment strongly shaped by the Chinese state.

The DSR’s key components have major implications on data privacy, national security, foreign policy, and influence on the global governance of cyberspace. By expanding physical infrastructure through 5G technologies, fibre optic cables, and massive data centres, China gains strategic advantages in the control of international data traffic. Its investments in satellite navigation systems, AI, and quantum computing have significant economic and military uses. China is also establishing digital free trade zones and expanding mobile payment applications to overseas markets, particularly Southeast and South Asia, increasing its influence on economic and foreign policy. Finally, China’s active participation in international fora on digital governance is part of its efforts to advance cyber sovereignty, which could result in an internet that is less open and more susceptible to the restrictions of authoritarian governments. 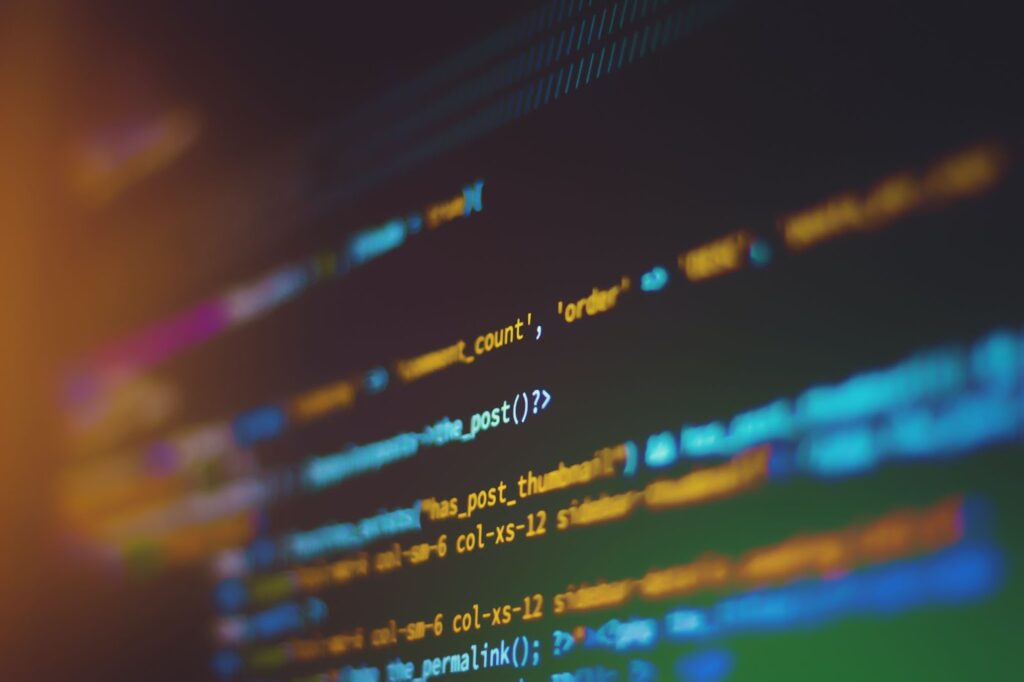 Photo by Shahadat Rahman on Unsplash

Cyber espionage and cybersecurity are often expressed as key concerns, as observers note that the Chinese government would have the ability to access, analyse, and exploit in real-time the large data sets of BRI recipient countries. Dependency on physical communication infrastructure also gives China the power to control, route, and disrupt international data traffic.7 The formidable amount of control over global data flows gives China significant sharp power, defined as “the deceptive use of information for hostile purposes”, through the “manipulation of ideas, political perceptions, and electoral processes” in other countries.8

The use of Chinese technologies may also lead to the importation of the country’s norms, values, and governance structures. Think tanks and scholars have warned of China “exporting authoritarianism”,9 “exporting political illiberalism”,10 or pushing “authoritarian capitalism” globally.11 A 2018 Freedom on the Net report outlines the ways in which China uses technology to exercise control over its citizens, such as using facial recognition to suppress the Uighur community or using social credit systems to monitor and shape citizen behaviour. The same report warns that “the world is buying what China is selling” by using Chinese telecommunication infrastructure (38 countries out of 65 assessed, in 2018); using AI surveillance technologies (18 countries); and participating in seminars on new media or information management hosted by China for media elites and government officials (36 countries).12

The US as an alternative?

The apprehension about China trains our eye towards the US, the incumbent world superpower, which is often considered as a more benign force. However, worries about the Chinese state’s overreach apply and overlap significantly with the case of US dominance. Additionally, the underlying logic of American Big Tech brings its own brand of threats to societies worldwide.

In terms of governmental surveillance, the 2013 revelations of Edward Snowden, whistleblower and former contractor to US intelligence agencies, laid bare the impressive breadth and depth of the US’ global surveillance capabilities and cyber espionage practices.13 A particularly powerful example is the PRISM program, which enables routine mass collection of data such as emails, chats, videos, and photos from big tech companies including Microsoft, Yahoo, Google, Facebook, PalTalk, YouTube, Skype, AOL, and Apple.14 Another program, XKeyscore, allegedly allows analysts to search the data of “nearly everything a typical user does on the internet” and to intercept real-time online activity of targeted individuals.15

The leaked Snowden files showed that the US had used its surveillance for strategic purposes. While these revelations shook the world, the practice of intelligence gathering without oversight continues. In 2020, a proposed amendment to the USA PATRIOT Act failed to pass in the US Senate, allowing the state continued access to Americans’ web browsing histories without the need for a warrant.16 With AI-enabled automated mass surveillance and algorithm-influenced data mining, privacy concerns remain largely unaddressed.

Discussions on the geopolitical risks of China achieving global dominance in AI often paint the power struggle between the US and China as a showdown between liberal democracy and digital authoritarianism.17 But this dichotomy is increasingly untenable as the US wears down its reputation as a champion of democracy, especially after four turbulent years of the Trump administration that culminated in a violent insurrection instigated by the president himself. Observers worldwide watched with alarm as the polarised media and online environment created two versions of reality within American society, with two different perceived winners to the 2020 presidential elections. Disinformation spread by Donald Trump and his allies – and amplified by social media – led to a significant majority of Republicans believing that the election was unfairly rigged to benefit Democrat winner Joseph Biden.18

The chaos in the United States can be partly attributed to the business logic of tech firms and their policies and directions, which largely shape communication environments online.19 Corporate surveillance in these communication environments operate based on the ethos and direction of what Shoshana Zuboff has termed ‘surveillance capitalism’, in which companies rely on surveilling user activity to produce predictions of future behaviours in order to shape them. Sustained user engagement equals more data collected and more accurate prediction products; this leads to the rise of the attention economy, in which platforms – social media in particular – are designed to be addictive, and sensational news and polarised discussions are prioritised by AI algorithms because of their attention-grabbing nature. For the platforms, there is also a virtuous cycle in effect: better user experience and network effects successfully attract and lock in masses of users, leading to virtual monopolies and a great concentration of power in the hands of these tech platforms.

In the second part of this series, we consider the question of Southeast Asia’s position between these two superpowers, and the implications of this tech rivalry in the region.

Dr. Jun-E Tan is an independent policy researcher based in Kuala Lumpur. Her research and advocacy interests are broadly anchored in the areas of digital communication, human rights, and sustainable development. Jun-E has written extensively on digital rights and AI governance in the context of Southeast Asia, and has participated in numerous international and regional fora on these topics. More information about her work can be found on her website, jun-etan.com.

2 thoughts on “Geopolitics of AI: The Rise of China, the US as Alternative?”