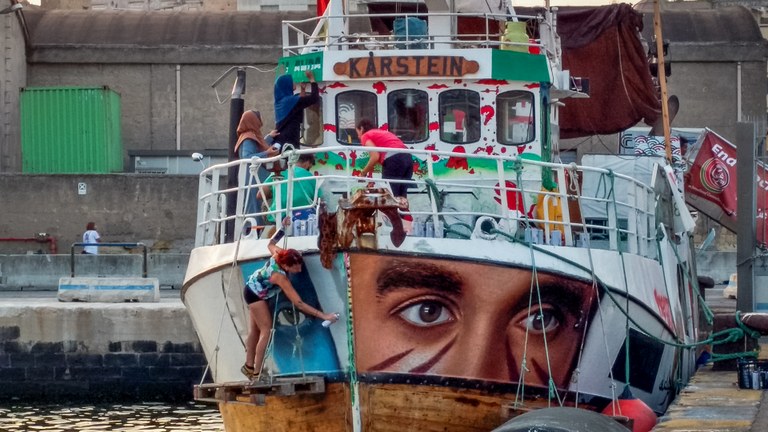 On Sunday, July 29, 2018, Israeli warships intercepted an activist boat sailing under a Norwegian flag, less than 60 nautical miles from the blockaded coastal enclave. The motor vessel Al Awda (The Return) is part of the Freedom Flotilla, an international campaign trying to break Israel’s more than decade-long blockade of the Gaza Strip. The blockades by Israeli authorities have resulted in a humanitarian crisis in Gaza throughout the past decade.

The vessel was on the way to the Gaza strip carrying 22 people from 16 nations on board, including human rights supporters, journalists and crew, along with €13,000 worth of medical supplies. The boat, a former fishing vessel from Norway, was scheduled to the donated to the Palestinian fishers in Gaza after offloading the supplies.

The Al Awda was expected to reach Gaza Sunday evening but it’s current location and the whereabouts of the activists on board are unknown at the moment. According to media they were to be towed to the nearby port of Ashdod. 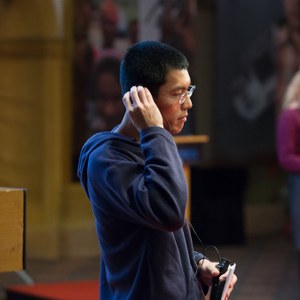 Jason Soo, a filmmaker from Singapore, joined the flotilla to document the campaign to bring medical supplies to the Palestinians and to film a documentary about the other Singaporean in the team Dr. Swee Ang. Dr. Ang  is an orthopaedic surgeon who lives in the UK and has been involved in the Palestinian cause for decades. She was a former detainee under the Internal Security Act in Singapore, questioned for the activities of her late husband, lawyer Francis Khoo.

EngageMedia had featured Jason Soo last year in an interview where he talked about his recent film, “1987: Untracing the Conspiracy“ – about the detention of 22 Singaporean activists in 1987. The detainees were accused of being involved in a Marxist conspiracy, physically and psychologically tortured, and then coerced into making public confessions.

Jason Soo and the other activists on board the vessel face security inspection, interrogation, detention and deportation. If they do not willingly agree to be deported, they may face further consequences.

The international community must assume its responsibilities and demand that Israeli authorities ensure the safety of those on board, the speedy delivery of our gifts to the Palestinian people in Gaza, an end to the illegal blockade of Gaza, and to stop impeding our legal right of innocent passage to Gaza to deliver our gift of much-needed medical supplies.

The Swedish-flagged Freedom, which is the second boat from the same campaign, is expected to proceed towards Gaza and accept the same fate.

The Freedom Flotilla Coalition has released a call to action for the safe return of the activists onboard MV Al Awda.

Jason Soo and some other #FreedomFlotilla activists have been deported by Israel. According to media reports, some of the activists, including the ship’s captain, have been exposed to “beatings and violence” when they were being offloaded by the Israeli forces and during their detention in the Israeli Givon prison. Singaporean journalist Kirsten Han reported on August 1, 2018 night:

Jason Soo back in Singapore in one piece, safe and sound. Thank you to everyone who wrote into the Ministry of Foreign Affairs—apparently, there were about 50 people who did so.