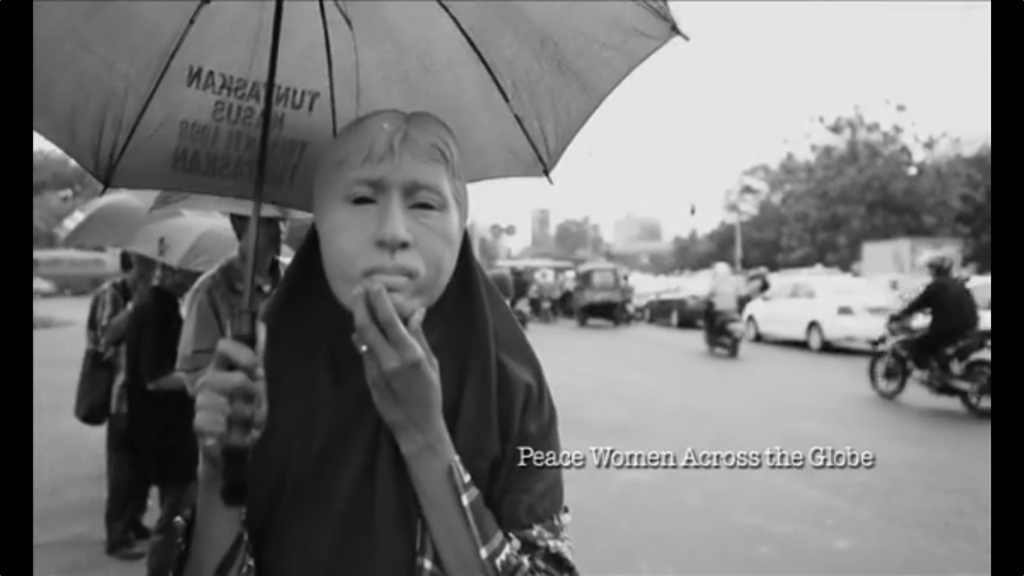 At the first stop of the Traveling Projector tour, Bandung, EngageMedia screened 10 films to an audience of 25 people. This activity was conducted with help from SorgeMag, a youth magazine in Bandung.

The most interesting part of this screening was that we went deeper into the issues highlighted in the films during the discussion. Most of the audience focused on how the May 1998 tragedy happened and the state of Chinese minorities in Indonesia. As one of the students present to put it, “I loved the part in ‘Aku Indonesia‘ when the character said, “I am of Chinese descent but I’m an Indonesian.” He explained that as a child he developed a stereotype about the Chinese based on what he learned from his family. But as he grew up and made many of his Chinese friends, that stereotype slowly faded away.

Wanggi, a pantomime artist who was present said that “The films I watched can become supplements for an artist. We still feel all of that discrimination. Today, I was performing my art on the issue of ‘Indonesia: Sexual Crime Emergency’, and I kicked by the police. These films can help me give some courage.”

One student from the Kayak Dayak tribe of West Borneo told us that his father who had formerly joined a Nationalist-Leftist party, Partindo, in the 1960s was socially stigmatized by the New Order regime, and that his family suffered because of this stigma.

The discussion then went on to how easily people “forget” all the human rights violations that have been made by the former military dictatorship in Indonesia. Even to remember those things, it seems that we need a lot of effort and struggle. One of the attendees suggested that EngageMedia should try to broaden its audience so it can reach more of the younger generation.

And why must we remember the history of human rights violations from the past? Dhyta Caturani, an EngageMedia staff and anchor of the tour, told the audience that she frequently visits the victims of human rights violation. She did it for herself. By remembering those victims we help to ease the burdens of the survivors of those violations. She continued to mention that film also has the ability to ease the pain and to build empathy, then solidarity. Films enable us to join the struggle and move together to build a better future.