From Makassar With Video 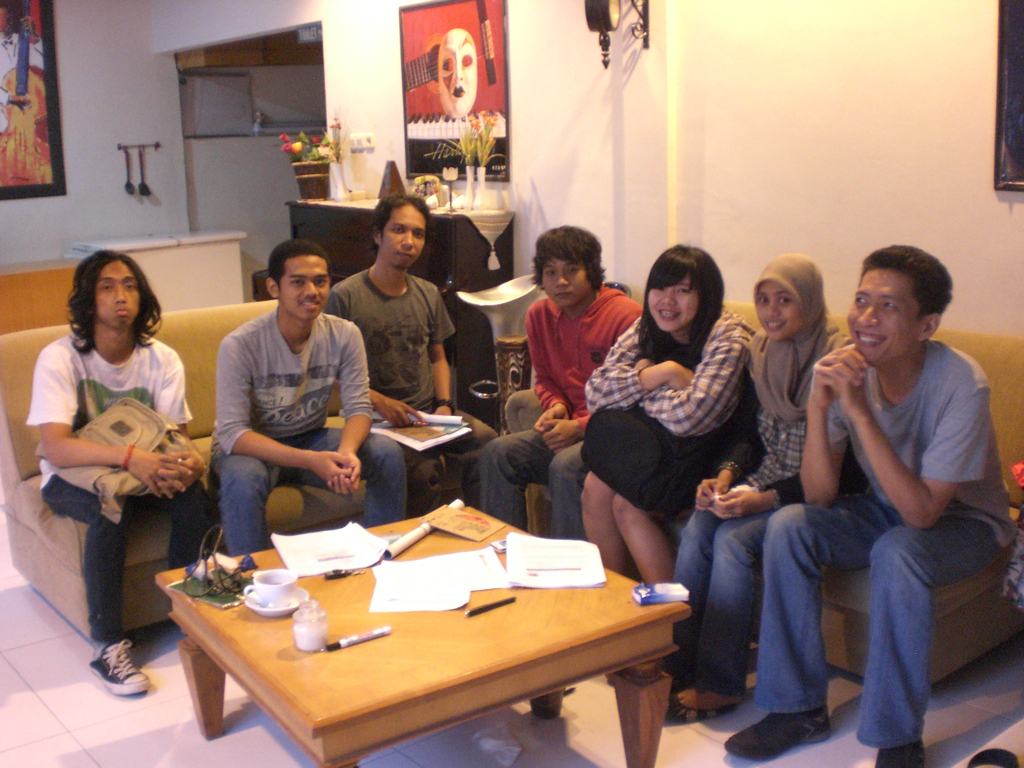 When we first heard about Makassar, we thought about Losari Beach, the delicious food and the sunset dining that’s popular with students. We also tend to think of Makassar as a city of rude people. A friend started a movement called ‘Makassar Tidak Kasar’ (Makassar is not rude) determined to prove that no matter what people said about Makassar, that the people of that city aren’t rude at all.

Makassar is a coastal city on the island of Sulawesi, one of the four Sunda Islands of Indonesia, located between Borneo and the Maluku Islands.

So, when we were presented with the challenge of conducting a workshop in Makassar, we gladly responded it. However, all the usual questions came to mind. Is it true that Makassarian’s are rude? Is the sunset really beautiful? Is it true the food there is just so good?

Day one we were welcomed by Anata’s smile at the airport. We first met Anata at Camp Sambel. She promised to accompany us in Makassar and we were really pleased to see her cheerful face on our arrival. At that point question, one was deleted. Instantly. The belief that Makassar is a place of rude folks is entirely exaggerated. The next day we found that the sunset was beautiful too and we spent every day eating excellent food.

Enough about food and sunsets, let’s talk about our work there. Every day we met new people. From the youth with their vast curiosity to the seasoned activists who have spent years dealing with environmental and social justice issues in and around Makassar.

We found many social problems in Sulawesi. Labour disputes and lack of infrastructure being two of the more prominent. The Indonesian government has paid too much attention to Java and little on its other island territories. Our new friends shared with us stories of the culture that have not been properly documented, opening our eyes to our brothers and sisters across the Banda Sea.

Makassar’s smile is too big to be called rude. The energy, to tell you the truth, is too immense to be described as anything but dynamic. Makassar is big, too big to know its full power within a week.

For a taste of what Makassar can be, we have a selection of videos produced by our friends there, to open our mind a little bit about another island across the sea. We’ve also included some videos about another region outside Sulawesi:

Written by: Nova and Yerry
Edited by: Andrew Garton

1 thought on “From Makassar With Video”