EM lost a dear friend and supporter in Chandra Tanzil 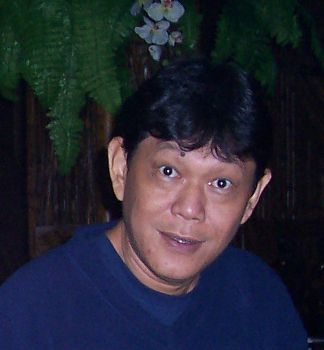 The night EngageMedia grabbed the Global Social Change Film Festival Award for the Festival’s inauguration, the team received terrible news on the death of a great friend and supporter, video activist Chandra Tanzil of In-Docs. Chandra, or Acang as he was known by friends.

Chandra is one of the initiators for the Indonesian Eagle Documentary Awards, one of the founders of the Jakarta International Film Festival, and founder of one of EngageMedia’s partners In-Docs.

Chandra was also a teacher. He collapsed while giving a workshop called SCREENDOCS! MASTERCLASS at the GoetheHaus, Central Jakarta on Friday night and rushed to the hospital. Recently, Chandra and EngageMedia were setting up plans to empower wedding videomakers in remote areas in Indonesia by introducing them to journalistic and distribution skills.

Chandra, though, was not all about work. Along with friends, he was also part of the original gang that set up what later became the Blues Bar (BB’s), a popular hangout for journalists and activists in Central Jakarta.

Read more about Chandra Tanzil from an interview with the Europe Asia Documentary Network.