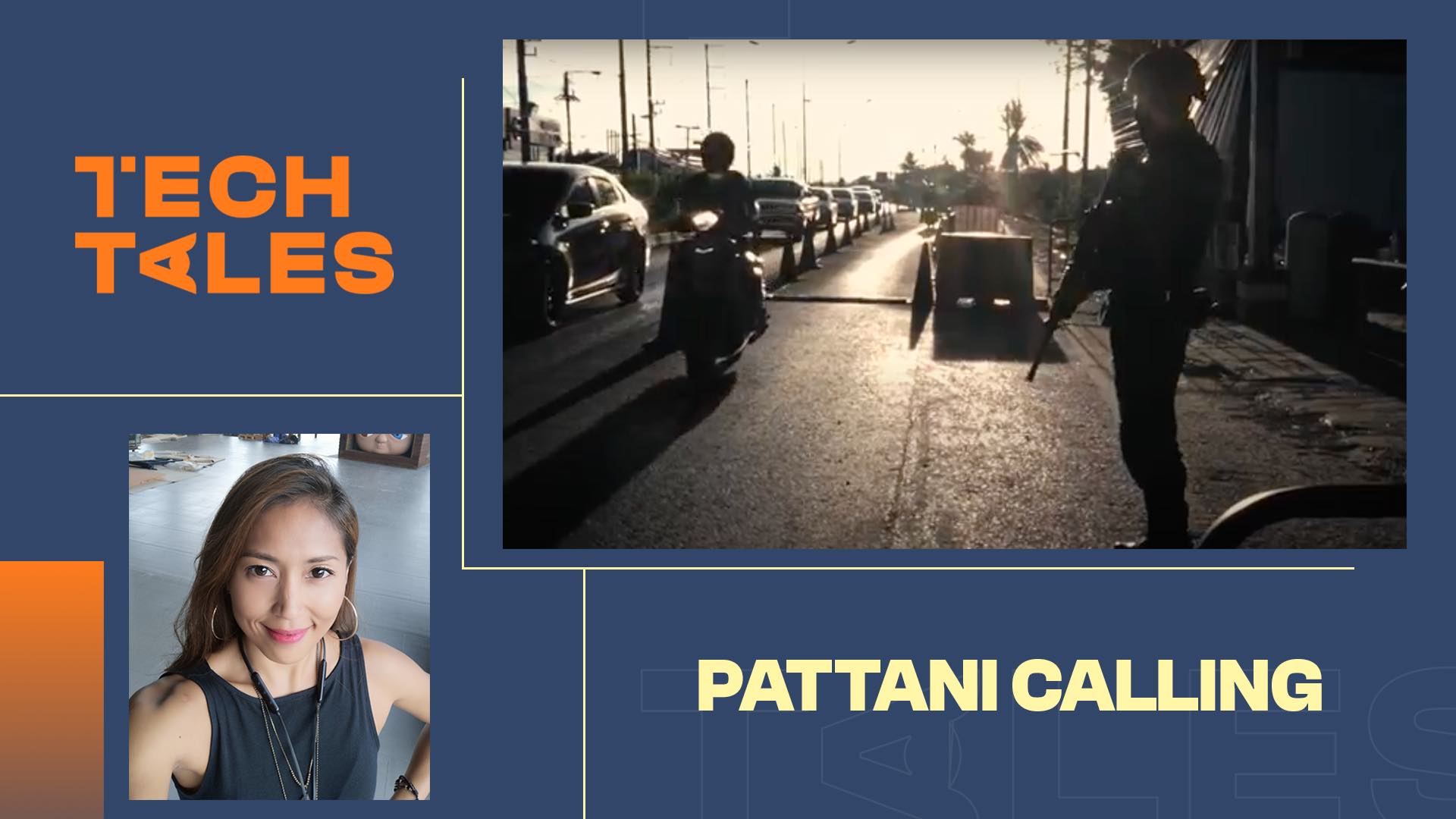 Since its release, ‘Pattani Calling’ has been selected for the ACT Human Rights Film Festival 2022. The film is part of Tech Tales: Films about Digital Rights in the Asia-Pacific, EngageMedia’s film production and screening project highlighting human rights stories in the digital age. This post is part of a series of articles exploring the rationale, context, and inspiration behind the films, as told to EngageMedia by the filmmakers.

Thailand’s Southern Border Provinces, mainly inhabited by ethnic Malay Muslims instead of a Buddhist majority like the rest of the country, has been under strict military rule since 2005. The Thai government first imposed this rule to curb violent attacks by armed insurgents who are resisting the state’s forced assimilation of Malay Muslims and fighting for an independent Muslim state. Over the years, the government has imposed “special” counterinsurgency legislation that, human rights groups argue, subjects Malay Muslims to disproportionate and unnecessary surveillance.

Thai filmmaker Vijitra Duangdee wanted to know how the conflict in these provinces intersects with freedom and the use of modern technology by people living on the margins. Her curiosity was piqued by the conviction of thousands of minority Muslims who refused to use mobile services because of biometric requirements imposed by the government.

In Pattani Calling, Duangdee tells the story of a community forcibly disconnected from modern communication by state digital policies.

“In the film, we introduce Thailand’s digital policies called ‘Song-Chae’ – a biometric registration for a SIM card imposed only in the southern border provinces. If you don’t register, your phone signal will be cut off”, Duangdee explained. “People have to choose between surveillance or not having full access to the basic tool of modern communication: the cellphone”.

“National security” has underpinned some of the Thai government’s policies that negatively impact privacy rights. While the government has argued that these measures were necessary, Human Rights Watch pointed out that these discriminatory measures would only exacerbate human rights abuses against ethnic minorities in southern Thailand.

As a Thai citizen herself, Duangdee fears that people may be all too willing to surrender their basic human rights every time the government invokes “national security”. She thought it inspiring that thousands of Malay Muslims resisted the state’s coercive policies and mass surveillance methods, valuing their dignity and basic rights over modern convenience.

Spotlight on an often-ignored community

Telling the story of a long-running conflict and creating the film amid a pandemic posed several challenges for Duangdee and her team.

“Navigating this sensitive subject matter was not easy, as you constantly have to assess the risks and safety for everyone in your team as well as the protagonists in the film”, the filmmaker said.

She added: “It is a conflict area, and while both civilians and security forces were helpful and accommodating, things can happen”.

The production team also had to be flexible to adapt to COVID-19 restrictions. “We had to be flexible and be willing to tweak our story a bit. For instance, instead of having a face-to-face interview with the Thai authorities, we had to do it over the phone and use archive [footage] instead to show their side of the story in a complex conflict”.

Nevertheless, Duangdee said the final output was worth the challenges as the film has kickstarted conversations on the importance of digital rights in this age of surveillance. It also shone a spotlight on the plight of an often-ignored community.

“I really want[ed] to shed light on the lives of the local Malay Muslim communities who’ve been living in distress and pressure under martial law for the past 17 years, but [were] far from global headlines”, she said.