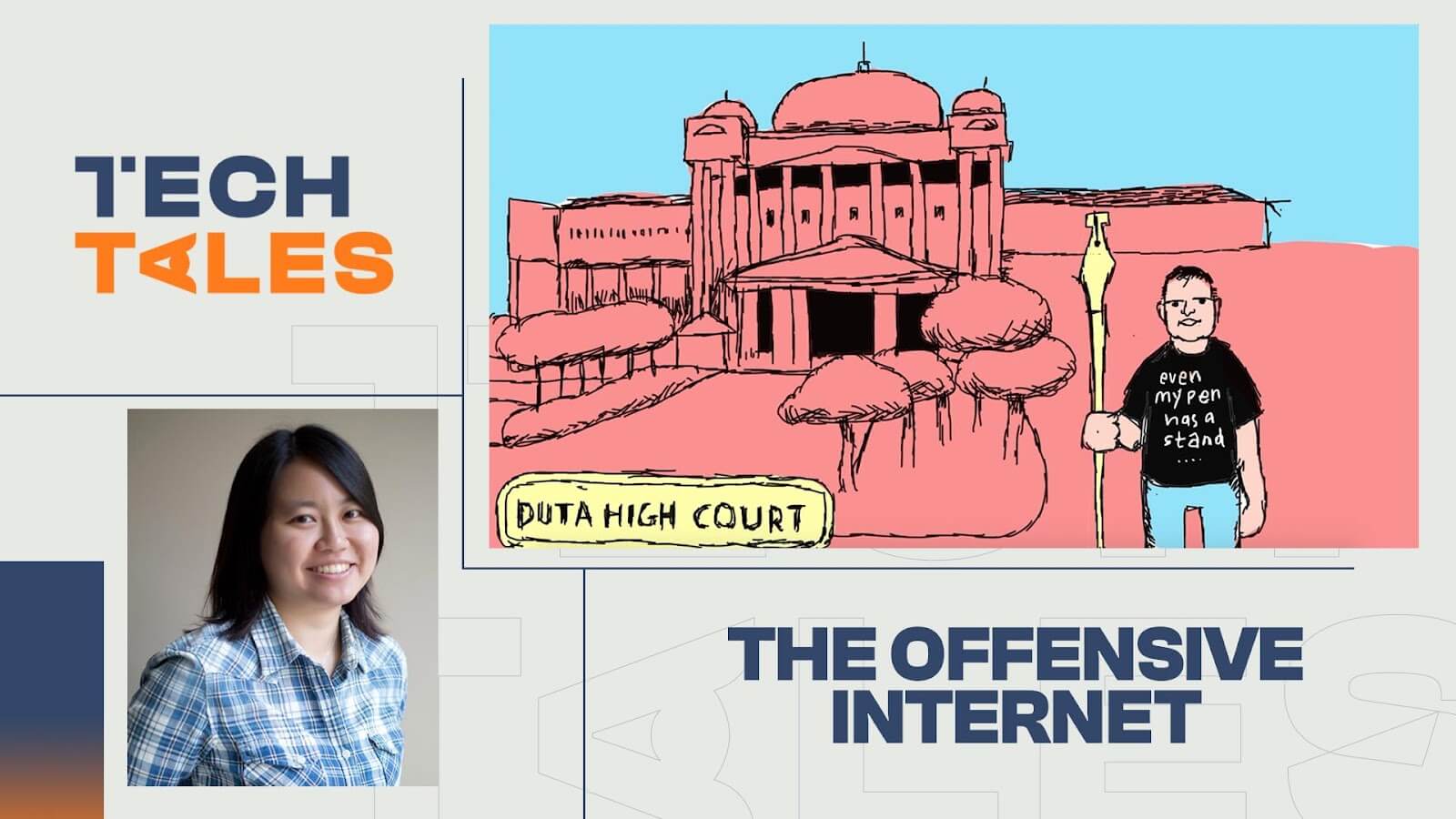 ‘The Offensive Internet’ is part of Tech Tales: Films about Digital Rights in the Asia-Pacific, EngageMedia’s film production and screening project highlighting human rights stories in the digital age. This post is part of a series of articles exploring the rationale, context, and inspiration behind the films, as told to EngageMedia by the filmmakers.

Internet penetration in Malaysia is near perfect. But its citizens’ freedom to express themselves online is now in peril with the government’s use of Section 233 of the Communications and Multimedia Act (CMA), which penalises content deemed “annoying or harassing another person”. The ambiguity of this law, and the threat it poses to people’s right to free expression, was what compelled documentary filmmaker and journalist Yihwen Chen to make The Offensive Internet.

“The fact (is) that the law can be used to investigate anyone for posting on social media”, she said. In making the film, Chen said she wanted to interrogate how the Malaysian government uses the law to silence or intimidate critical voices in the country’s democratic space. By doing so, she hopes to “create awareness among the public about the law and individual rights” and provide a clearer understanding of the digital rights endangered due to the law.

In Chen’s film, South China Morning Post journalist Tashny Sukumaran and veteran cartoonist Zunar recount the harassment they faced for their reporting and political commentary. They are among the many journalists and voices being intimidated for their critical work in the country.

Human rights organisations and press freedom advocates have raised alarm on Malaysian authorities’ use of the CMA and other “archaic” laws to persecute journalists and dissenters. These include the Sedition Act of 1948, Section 504 of the Penal Code, Section 505 of the Penal Code, and the Printing Presses and Publications Act of 1984, among others.

Salil Tripathi, chair of PEN International Writers in Prison Committee said: “Malaysia’s retreat from the openness it had embraced recently is troubling. It has adverse implications for dissent and freedom of expression. Malaysia has laws which restrict free speech, some of them dating back to the colonial era”.

Creating a film amid a hostile environment for free expression was challenging on its own, but the COVID-19 lockdowns in Malaysia added to the difficulties.

“There were restrictions on the types of filming that can be carried out during the lockdown”, Chen said.

This situation forced the filmmaker to “find a solution to circumvent the restrictions”. As the production team could not travel to meet and film the profiles in person as planned, Chen ended up rethinking how to creatively tell an engaging story. “It was uncertain when the lockdown would end, so I had to switch plans to visualise the story in animated drawing form instead. We sent microphones to the profiles and did the interviews over Zoom”.

Despite the challenges, Chen ended up creating a film that offers a penetrating look at how laws have been used to threaten journalists and ordinary citizens speaking up against perceived injustices in society.

What is happening in Malaysia, however, is not unique to the country. Journalists, artists, and ordinary citizens in other Asia-Pacific countries also experience similar threats and harassment. Laws have been routinely used and abused to silence dissenting voices. Because of these similar experiences, Chen said The Offensive Internet is very instructive for changemakers, activists, and viewers in the region.

“I think the film can be used to discuss issues surrounding internet freedom and similar laws that are used to censor internet content”, Chen concluded.

PARTNER WITH US ON TECH TALES
This work is licensed under a Creative Commons Attribution-NonCommercial-NoDerivatives 4.0 International License.