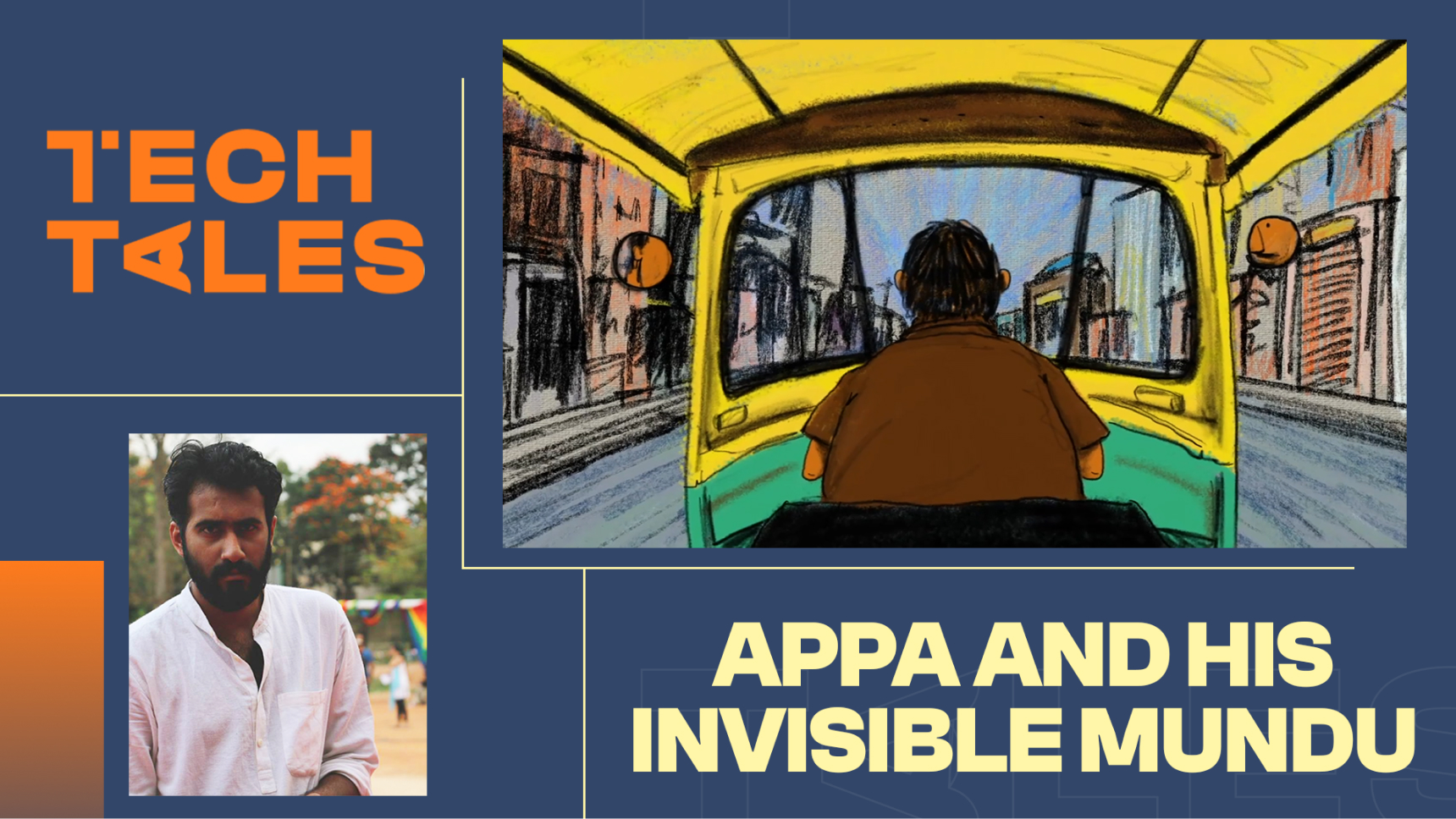 ‘Appa and His Invisible Mundu’ is part of Tech Tales: Films about Digital Rights in the Asia-Pacific, EngageMedia’s film production and screening project highlighting human rights stories in the digital age. This post is part of a series of articles exploring the rationale, context, and inspiration behind the films, as told to EngageMedia by the filmmakers.

Digital surveillance in India has become increasingly pervasive. From facial recognition technology to the widespread use of cameras in public spaces, the Indian government has been imposing measures that, critics argue, leave the door open for human and digital rights violations. Digital rights advocates have pointed out flawed provisions in the draft version of the Personal Data Protection Bill. These concerns prompted director Varun Kurtkoti to create a film that would raise awareness on the issue.

“There are many major worries as to how the bill might do just the opposite of its intention, and put citizen’s data at risk of being extracted, exploited, abused”, Kurtkoti said. “This made our group feel that we need a film that addresses the issues without making them boring and tedious”.

The challenges of creating an engaging and informative film

Kurtkoti’s short film, Appa and His Invisible Mundu, tells the story of eight-year-old Kuri and her father Appa as they navigate the various layers of state surveillance and digital privacy impositions on their lives.

One of the challenges in making the film was finding a creative and engaging way to tell the story. “Legalities and implications of digital privacy can be very tedious and convoluted if one were to simply try and explain them”, Kurtkoti said. To address this, the filmmaker decided to use animation as a storytelling medium to help people better understand the threats to their privacy.

Part of the storytelling process involves finding the right balance between information and entertainment. For this, the production team carefully considered the appropriate amount of information to present while taking care not to lose the emotional thread of the story.

“We did not want to make it just about the information, but the emotions enveloping the information as well”, Kurtkoti said. “At the same time, [we considered]: will keeping information to a minimum risk infantilising [audiences]? Treading on this thin edge, we tried our best to mask the facts as plot elements rather than information, and build our story on top of that”.

In her paper “Digital Surveillance and the Threat to Civil Liberties in India”, German Institute for Global and Area Studies visiting fellow Sangeeta Mahapatra raised concern over the Indian government’s measures for increased digital surveillance of its citizens and how these impact digital rights.

“The emergent surveillance regime involves the state, technological companies, and people themselves, who may collaborate to monitor fellow citizens. While those surveilled are overexposed, the surveillants remain opaque. This increases the chances of rights violations, especially of the traditionally marginalised”, she wrote.

With Appa and His Invisible Mundu, Kurtkoti expressed confidence that the film inspires people to critically assess their use of technology and how it affects their privacy.

He added: “We hope that the film initiates conversations among the adults to take their privacy more seriously, and question the policies being implemented by the government without much publicity. Meanwhile, we also hope that the animation engages children, and makes them question the consequences of their actions in digital infrastructures”.