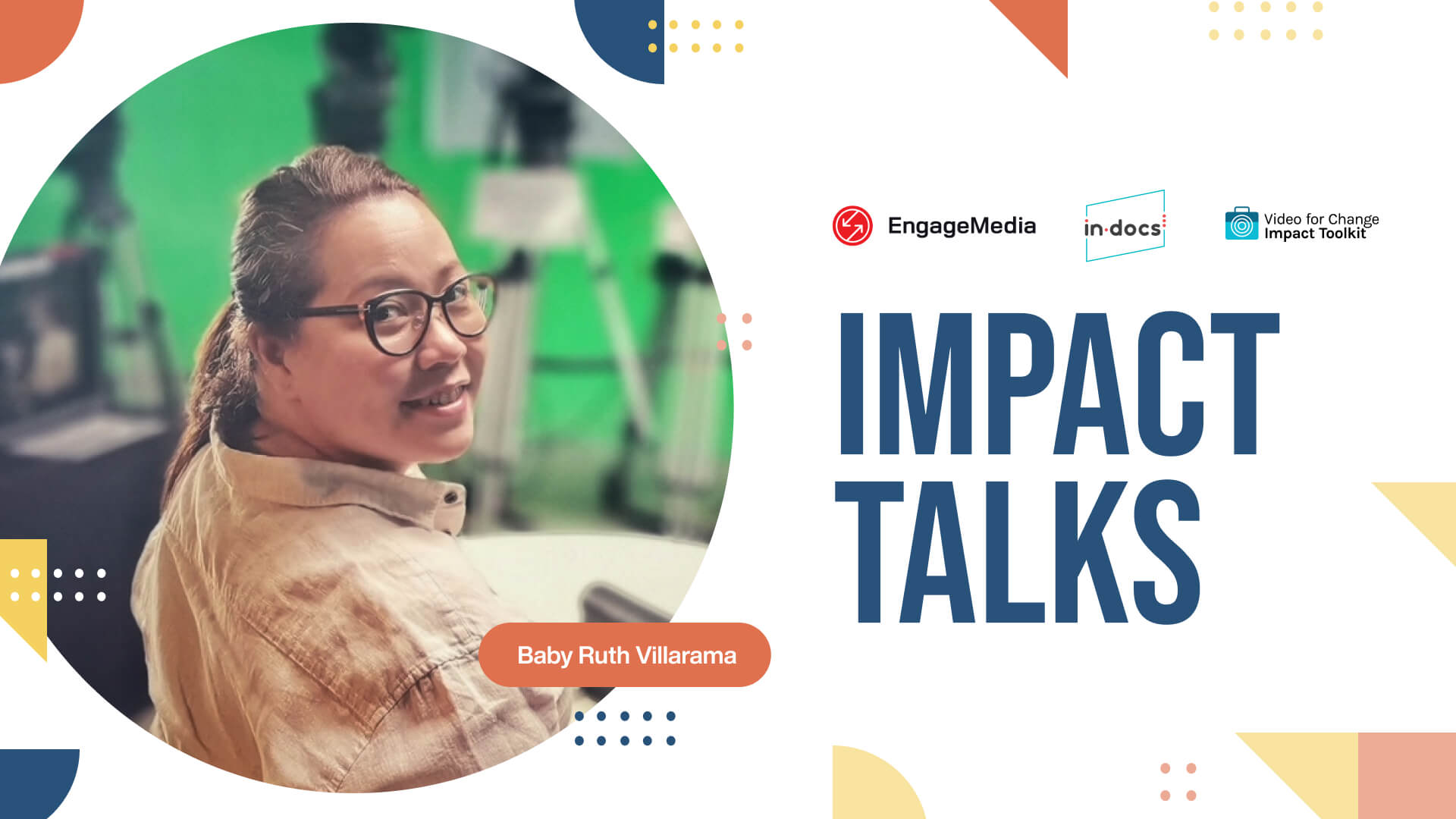 Film is a powerful tool for uncovering unheard stories from underrepresented communities, revealing new sides to a social issue, and inspiring concrete action. In the award-winning film Sunday Beauty Queen, intimate stories from Filipino domestic workers paint a deeply human picture of the migrant experience that helps to raise awareness of an often-oppressed community.

How can filmmakers tap into the power of film to support these communities and influence change?

For the third instalment of the bi-monthly Impact Talks organised by EngageMedia and In-Docs, Filipino documentary filmmaker Baby Ruth Villarama will talk about the impact production of her 2016 documentary film Sunday Beauty Queen. The session will be held on April 28, 6PM to 7PM Bangkok time (UTC+7), and is open to the public.

The film is available to watch on Netflix and Youtube.

In the session, Villarama will discuss the strategies, lessons, and best practices employed in the impact campaign of Sunday Beauty Queen, which has sparked conversations, influenced policy improvements for Filipina migrant workers, and generated support for migrant communities. The film has also led to an outpouring of support for the Bethune House Shelter in Hong Kong, which provides sanctuary to displaced workers of all nationalities.

Villarama is an award-winning director whose films have generated conversations and policy improvements on a variety of issues. She is involved in international co-production of socially-relevant films through her production company Voyage Studios, which focuses on film production and sustainable impact campaigns. She is also the co-founder of Filipino Documentary Society (FilDocs), which gave birth to the high-impact events Daang Dokyu and Dokyu Power.

Impact Talks is a series of public meetings among filmmakers, activists, campaigners, film curators, impact producers, and interested audiences to share and discuss experiences and ideas around creating impact through film in the Asia-Pacific.

The session is free and open to the public. Interested participants can register using the form below.