Impact Talk: How do we make film production more inclusive? 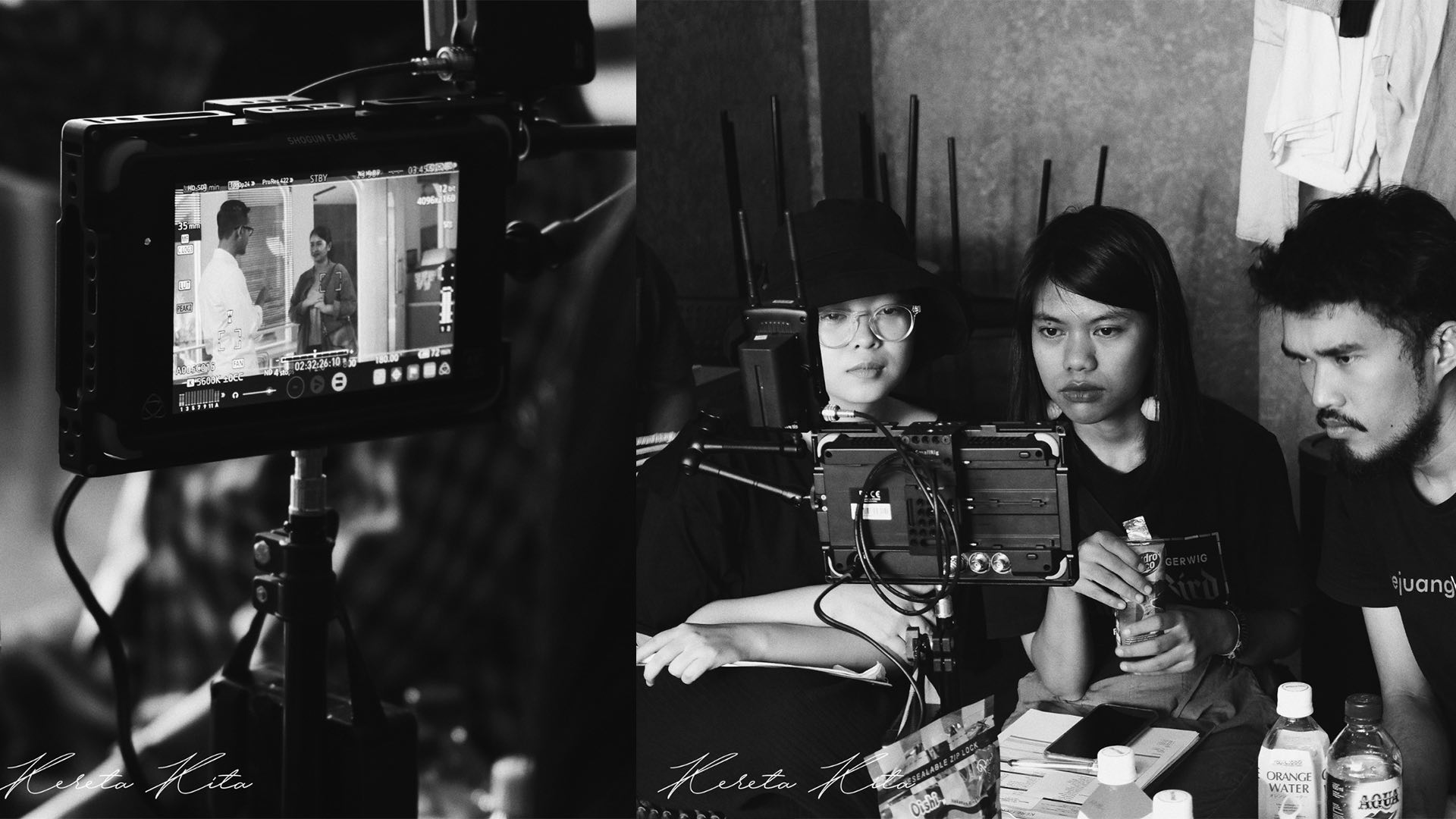 Behind the scenes of the film ‘The Train Between Us’. Photo provided by Hasna Mufidah

People living with disabilities have long faced an uphill struggle in achieving equal opportunity and involvement in the film industry. Not only are they underrepresented on screen, but they also face additional challenges in participating in the film production process itself.

How do we make film production and impact campaigns more inclusive? Last February, EngageMedia and In-Docs held the second installment of the Impact Talks titled “Inclusivity and Creating Impact” to share experiences and best practices in working alongside people living with disabilities.

Throughout the session, Indonesian filmmakers Hasna Mufidah, Wahyu Utami, and Mila K. Kamil discussed what inclusivity in film production meant to them, and how they applied these ideas in creating stories that support and achieve meaningful representation for underrepresented communities. 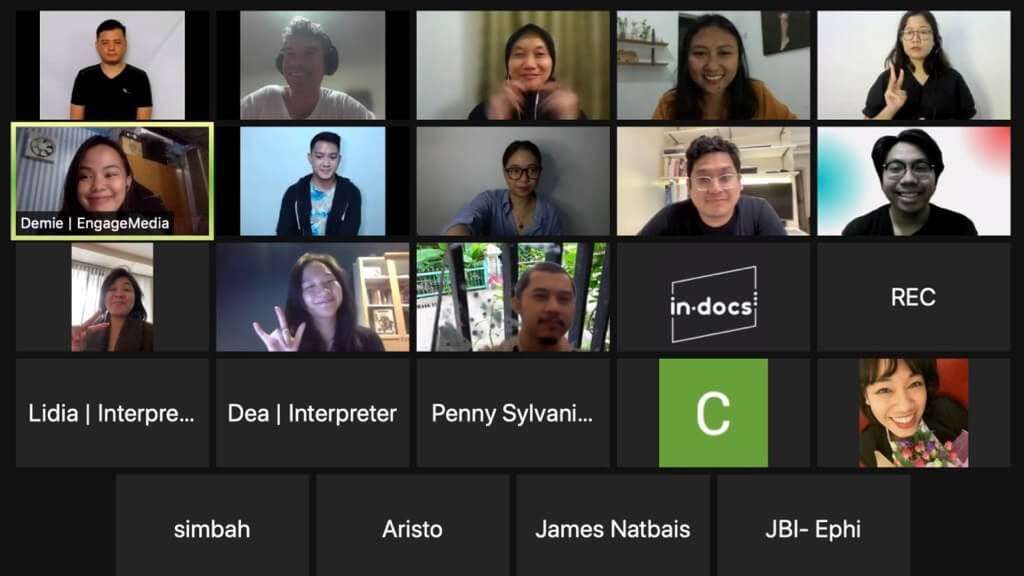 People with disabilities often have their own ways of navigating and making sense of the world. By capturing these nuances authentically, their stories are portrayed in ways empowering to all involved. This was the approach taken by Utami in her film The Unseen Words, which is about a group of blind performers and their struggles. In the film, members of the Distra Budaya, an art collective of Ketoprak artists with visual impairment, are shown having their own ways of identifying stage positionings and making their own jokes that appeal to and amaze the public.

Ensuring inclusivity in film production goes beyond adding closed captions and audio descriptions in post-production. It encompasses discussions on access and representation, and how people with disabilities can be involved in working both in front of and behind the camera.

“I really love watching films. But I rarely watch Indonesian films as most of the time Deaf protagonists are played by non-Deaf actors. Most non-Deaf people like to think that just because we’re deaf, we cannot work in film at all”, said Mufidah, director of The Train Between Us, a story on the relationship between a Deaf young man and his hearing girlfriend.

“I learned in the process of making this film that most of our living aspects, in Indonesia and the USA, were created from the point of view of people with non-disability – from how they build buildings, neighbourhoods, public transportation, and even most film projects. So I need[ed] to unlearn this, and [to] listen to people with disabilities more often, to make the film accessible”, she said.

The film crew worked alongside people with disabilities in various stages of the production process, including tapping them as communications officers and consultants who provided valuable input on accessibility issues in film promotions and screening events.

These efforts paid off. According to Kamil, the film’s impact producer, there was a noticeable increase in the number of deaf and blind participants who attended film screenings since the team advertised the inclusion of closed captions and audio descriptions in promotional materials.

Deciding how to frame the shots and what camera angles to use were also based on the needs of persons with disabilities. In creating The Train Between Us, Mufidah said that production decisions were designed to be logical to Deaf culture.

“We shot almost all of the dialogue scenes in medium shot, showing from head to stomach, as this is the requirement for Deaf people to be able to communicate in sign language”, Mufidah said.

While addressing these aspects of film production posed some challenges, collaboration enabled the team to create a film mindful of various audiences, said the film’s co-director, Mayang Irsan.

This also extended to actual work behind the scenes. During audio mixing, for instance, one of the film’s deaf editors contributed feedback based on the audio waveform. A sign language interpreter was also available to facilitate communication with the sound recordist. In each stage of production, the team ensured that there was ample time and space to explain processes clearly.

Ensuring inclusivity in film needs to be a conscious and active effort among members in the industry. By actively empowering and involving people with disabilities in film production, it is hoped that this will inspire more efforts in making such projects the norm rather than the exception.

Mufidah shared: “I became more involved in film ever since three filmmakers contacted me to learn sign language. They were curious and we chatted a lot. This conversation made them want to involve me in their documentary project, to ensure that the involvement and needs of persons with disabilities in films are accommodated. It resulted in a short film we made together that got into the Shanghai International Deaf Film Festival”.

For Utami, these kinds of film projects can help spur conversations on inclusivity in film and counter harmful stereotypes and misconceptions.

“My film gave a new profound perspective for people without disabilities. After watching the film, many of their assumptions that people with disabilities cannot do anything are proven wrong”, said Utami.

“And for audiences with disabilities, it gave them hope that they can work and create art again”, she added.

This post was collaboratively written by EngageMedia and In-Docs. Impact Talks is a series of public meetings amongst filmmakers, activists, campaigners, film curators, impact producers, and interested audiences to share and discuss experiences and ideas around creating impact through film in the Asia-Pacific.