Impact Talk at Docs by the Sea: Creating Impact with EngageMedia and ‘Coral Woman’ 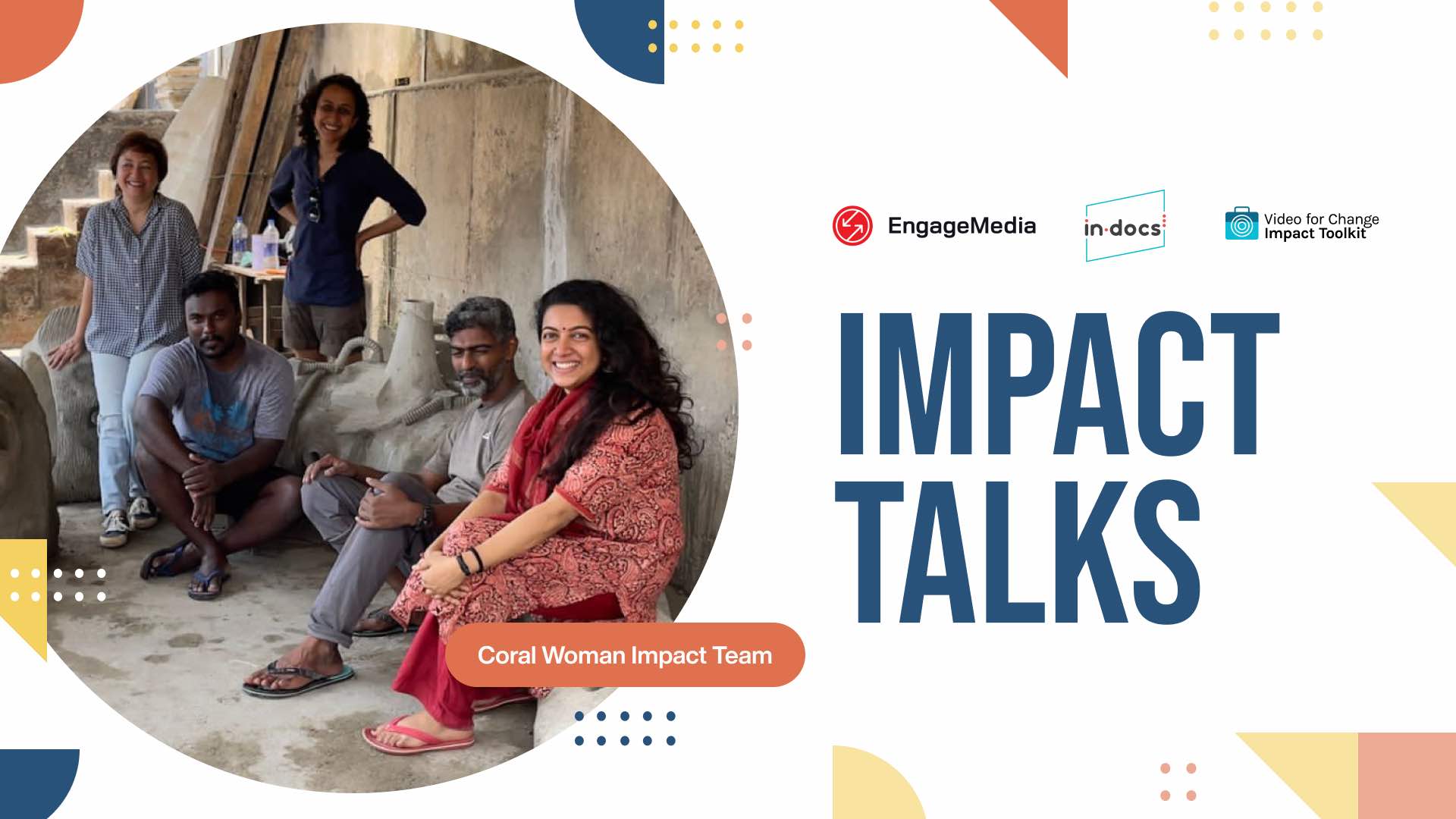 After the film is produced and released, what’s next?

This is a common question among documentary filmmakers who want to create impact beyond just screening their social issue films. How can filmmakers contribute to the change they want to see through their work?

For the fourth instalment of Impact Talks organised by EngageMedia and In-Docs, impact producer Anupama Mandloi and director Priya Thuvassery will discuss the creative approach they took for the impact campaign of the film Coral Woman, which has resulted in the creation of a children’s book, an art residency, and art installations. The session will be held on July 20, 7PM to 8:30PM Bangkok time (UTC+7), and is open to the public.

The session is part of a series of documentary webinars at this year’s Docs by the Sea, an international documentary forum for creative documentary projects from Indonesia, Southeast Asia, and other Asian regions.

Coral Woman is an Indian documentary film that follows the story of Uma Mani, who was inspired to learn how to dive after painting coral reefs for her art. Her experiences underwater led her on a journey of discovery about climate change, its impact on corals, and an urgency to protect the coral reefs of the Gulf of Mannar.

In the Impact Talk session, Priya and Anupama will share their experiences and know-how on how films can change mindsets, behaviours, and structures when put in the right context and in connection with strategic changemakers.

EngageMedia’s Network, Development and Research Manager Egbert Wits will also share ideas on strategising around impact and creating pathways to change. Using the methodology of the Video for Change Impact Toolkit, he will discuss how an impact production strategy can maximise the potential of documentary storytelling.

Impact Talks is a series of public meetings among filmmakers, activists, campaigners, film curators, impact producers, and interested audiences to share and discuss experiences and ideas around creating impact through film in the Asia-Pacific.

The session is free and open to the public. To learn more about the sessions and to register, visit this page.

Share the graphic below to spread the word about this free event: 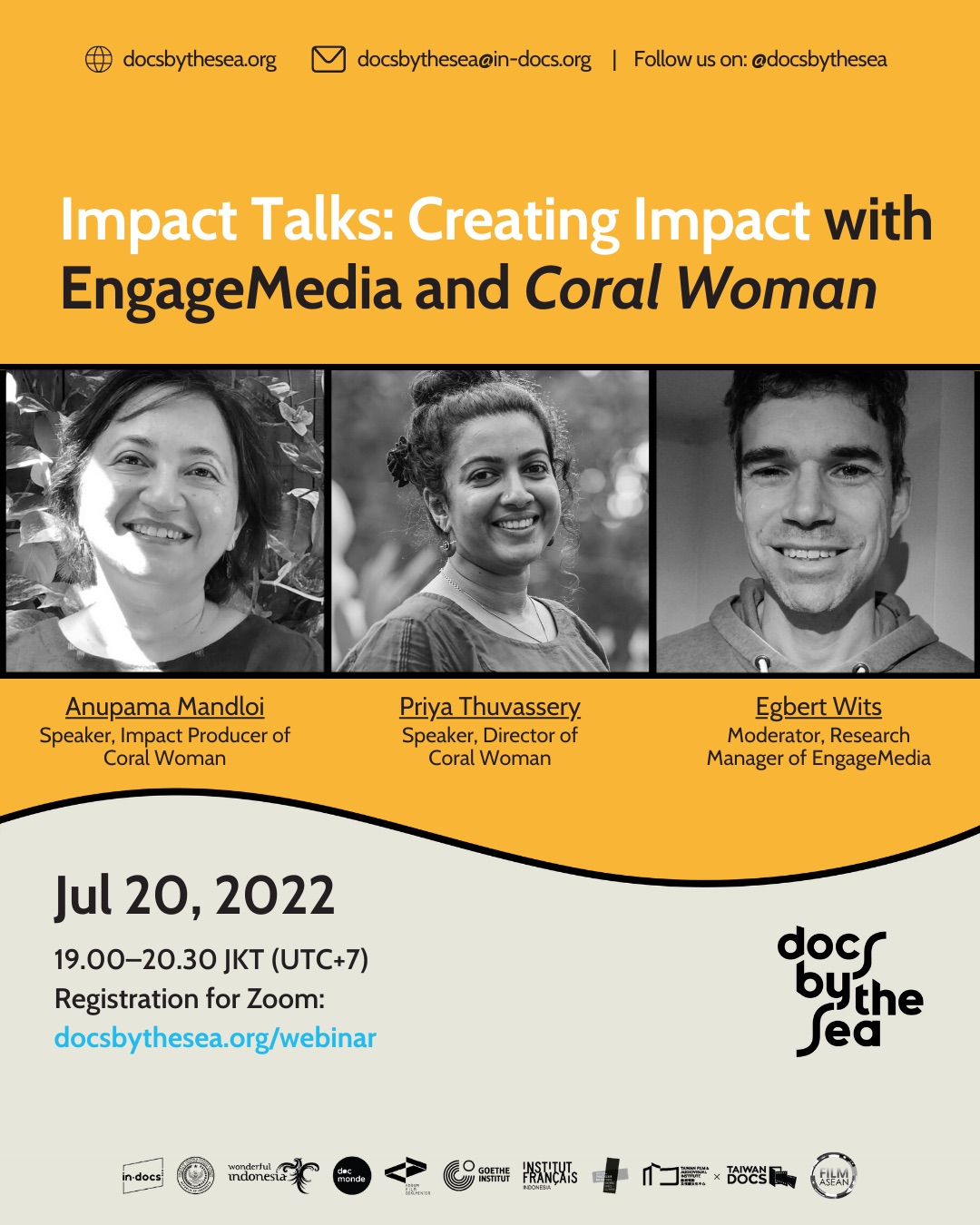