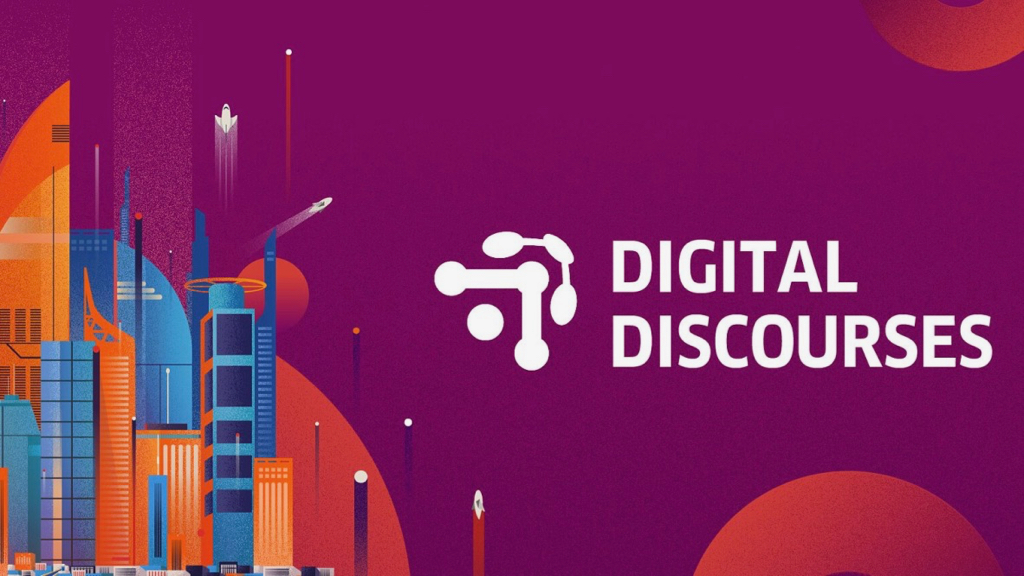 From self-driving cars and artificial intelligence to lab-grown food, scientific breakthroughs and emerging technology are shaping our future and making science fiction a reality. But ethical questions lie behind these technologies: How will robots and AI systems impact human labour? How can technology be used to improve human lives? Who bears responsibility for the potential misuse and harm brought about by these technologies?

Last October, Goethe-Institut Indonesien held the fifth instalment of its Digital Discourses conference series with the theme of Science/Fiction. Together with the Center for Digital Society and EngageMedia, experts from Southeast Asia and Europe were invited to the two-day conference on October 27 and 28 to examine how future technology will impact society and our lives. More details on the event here.

Conducted since 2019, the Digital Discourses conference series aims to stimulate a debate about the impact digital transformation has on individuals, economics, politics, society, and ecology.

Lectures and panel discussions from all five editions of the conference series are available to watch on Cinemata.

Between Freedom and Restriction: Hoaxes and Extremism in the Internet

Fake news, black ops campaigns, hate speech: nearly every society in the world has experienced the negative side effects of our hyper-connected, digital communication systems.

But do far-right groups in Europe use tactics similar to Islamist groups in Southeast Asia to lure followers? Do Singaporeans react to fake news the same way as Indonesians? How can we walk the thin line between fighting hoaxes and upholding people’s rights and freedom?

The first instalment of the Digital Discourses series held in 2019 highlights the complicated relationship between freedom and restriction on the internet.

Total Transparency? Privacy in the Age of Data Capitalism

Every day, more than 1.6 billion people log into Facebook, while millions use a variety of digital tools – email providers, file sharing services, mobile payment apps – to go about their daily lives.

Many of these tools are free to use. But the digital stream allows corporate brands and governments to target people by interest, background, and behaviour. It turns private data into a commodity that is sometimes even used for purposes far beyond the intention or knowledge of its original owners.

What rules should be in place for commercial and governmental use of people’s personal data? Can users regain control over their data trails?

The second instalment of the Digital Discourses series dives into the complicated relationship between people’s right to privacy and desire to browse, communicate, shop, and access services with seamless ease.

Uniting Civil Society Amidst the Pandemic

The COVID-19 pandemic gave rise to health-based surveillance, restrictions on mobility, and a greater awareness of the digital divide, keeping many people out of online spaces where daily activities have been conducted out of necessity.

What are the effects of the pandemic in the digital realm? How do we deal with the increase in gender-based online violence and hate speech?

The third instalment of the Digital Discourses series takes a look at the link between the pandemic and shrinking public spaces in the digital realm.

Journalism in the Digital Age

The digital age has transformed the way information is produced and consumed. Many people are looking to social media as their primary source of news. As newsrooms experiment with using artificial intelligence, citizen journalism and other forms of grassroots journalism are offering fresh approaches to the way news is produced.

How is the practice of journalism affected by technology? Are journalism values undermined amid the fast-paced nature of news production? What is the likely future of journalism? The fourth instalment of the Digital Discourses series explores these issues.

What will the future look like? Scientific breakthroughs are shaping our future, and emerging technologies allow science fiction to become a reality. Self-driving cars, artificial intelligence, and lab-grown foods are all advancing rapidly, transforming the way we live, work, and eat.

Meanwhile, ethical challenges lie hidden behind the promising outlook of digitalisation and its potential to change our lives for the better. Will robots replace human labour? Who is responsible in an accident with a self-driving car? Would lab-grown food help save the environment?

The fifth instalment of the Digital Discourses series tackles these issues and more.