Religious freedom in Indonesia: Hate speech and other online challenges 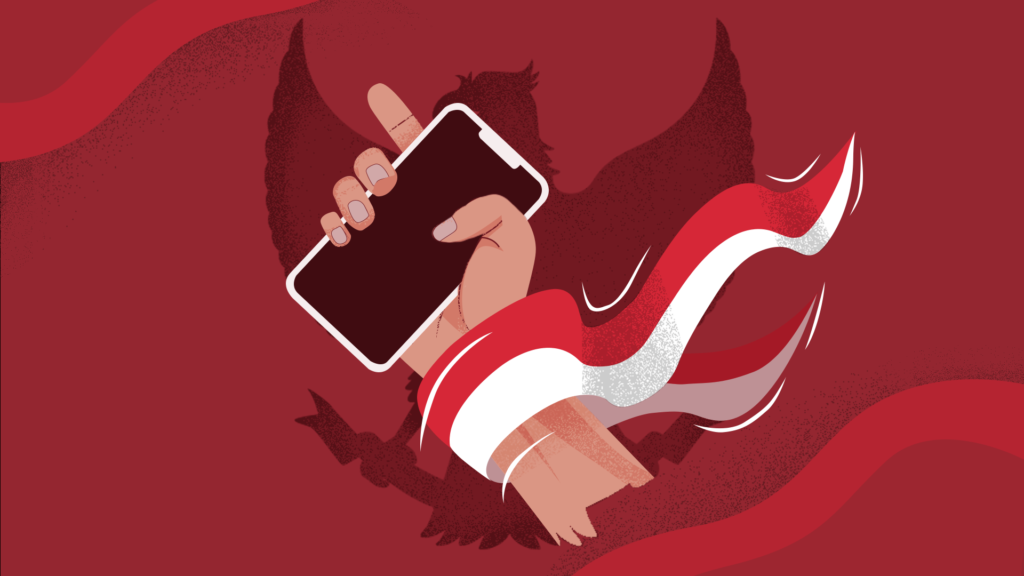 Internet platforms have increasingly become tools for mobilising hatred and inciting crime. For example, hackers have controlled online accounts to spread false or incendiary religious content. As social media’s ubiquity increases, so too has harassment, trolling, intimidation, and doxxing (revealing private information online without consent). Some online threats have led to physical violence. These remain concerning issues in Indonesia, especially amid a government crackdown on some religious groups and the use of blasphemy laws to target religious minorities.

EngageMedia is currently researching freedom of religion or belief and freedom of expression in digital spaces in Indonesia. By analysing the violations, restrictions, and laws that undermine people’s rights to express their beliefs in online spaces, we hope to offer recommendations that can support advocacy for digital rights.

The predominance of Islam in Indonesia

Indonesia is the world’s largest Muslim-majority nation, with more than 87 percent of the approximately 250 million population identifying as Muslims. Indonesia is not officially a religious country nor a secular state, and its constitution guarantees  freedom of religion. However, the legal system only recognises six official faiths: Islam, Protestantism, Catholicism, Buddhism, Hinduism, and Confucianism. No law has forced Indonesians to choose one religion or belief or become an atheist, but those who do not follow any of the six official faiths are not only prone to social discrimination, but they also have diminished legal rights and privileges. This includes the approximately 400 different aliran kepercayaan (indigenous faiths/belief systems) communities throughout Indonesia’s vast archipelago. It also affects those identifying as atheists; the number is unknown, but according to the 2020 Report on International Religious Freedom, the group Indonesian Atheists has more than 1,700 members.

Even within Islam, minority sects such as Shia and Ahmadi have continued to be marginalised. Anti-Shia rhetoric is common both on social and online media. For instance, individuals affiliated at the local level with the Indonesian Council of Ulemas, a national, quasi-governmental Muslim clerical body, have used rhetoric considered intolerant by religious minorities, including Shia and Ahmadi Muslims.

Threats to freedom of religion or belief

Despite the fact that Indonesia’s constitution guarantees freedom of religion and the right to worship, the current administration of President Joko Widodo has launched a systematic campaign against Islamists. In 2017, his administration outlawed Hizbut Tahrir Indonesia, a group that for decades has been calling for Islamic law. The move came after Widodo issued a decree that strengthened the government’s power to outlaw groups it deemed contrary to state ideology or spread hatred against other religions. In December 2020, a joint ministerial decree was issued to outlaw the Islamic Defenders Front. Currently, anyone participating in Islamist groups can be put on a ‘watch list’. Numerous public agencies are also vetting people with extremist views.

According to Associate Professor Greg Fealy of the Australian National University, ‘Islamist’ refers to Muslims who ‘seek to make Islamic law and values a central part of public life and the structure of the state’. He points out that the Indonesian government tends to view these groups as ‘extremists’, covering both militant jihadists and legal Islamist parties that have not committed wrongdoing. On Fealy’s analysis, the Indonesian government’s campaign against Islamist groups erodes human rights, undermines democratic values, and leads to radical backlash. He coined this phenomenon as ‘repressive pluralism’.

According to Fealy, the Widodo government’s harsh stance against Islamists started in 2016, when Islamist groups mobilised thousands of Muslims to protest against the then-Chinese Christian governor of Jakarta for his allegedly blasphemous statements about the Koran, which had gone viral on social media. The governor was defeated in the 2017 gubernatorial election and later sentenced to jail for violating the blasphemy law. This convinced the Jokowi administration to take more strenuous action against Islamist groups.

Aside from the crackdown on what it deemed hardline Islamist groups, the Indonesian Constitutional Court was asked by indigenous faith practitioners to review their constitutional status. In 2019, the court ruled to recognise indigenous faiths and allowed them to indicate their faith in the religion column of their ID cards. Previously, those belonging to native faiths had been required to leave the religion column blank, a requirement that forced religious minorities into administrative exclusion.

Despite the current government’s harder stance against ‘extremism’, attacks on freedom of religion and freedom of expression remain. Individuals continue to be detained and given prison sentences for violations of blasphemy laws, which mostly favour the predominant religion, Islam. Between January to May 2020, 38 blasphemy cases were recorded, including two cases involving individuals younger than 18, according to the Indonesian Legal Aid Foundation. In April 2020, police arrested individuals across the country for social media uploads that altered the lyrics of a popular song about the Prophet Muhammad’s wife. Some local governments imposed local laws and regulations restricting religious observances, banning Shia or Ahmadi Islamic practices.

Minority groups have been on the receiving end of many of these attacks. The chairman of Indonesia’s National Committee of Human Rights, Ahmad Taufan Damanik, said that the lack of clarity in the blasphemy law was often used to target religious minorities. Commissioner Siti Aminah Tardi of the Indonesian National Women’s Commission added that prosecutions under blasphemy laws targeted women, especially those from religious minorities. LGBT bloggers and activists have also been singled out for attacks online and offline.

These worrying developments are not only putting minority groups in danger both online and offline, but are also further shrinking Indonesia’s democratic space. There is a need for Indonesia to ensure continued protections for religious expression, while ensuring that laws are not weaponised to undermine people’s rights to speak freely online.

2 thoughts on “Religious freedom in Indonesia: Hate speech and other online challenges”