Impact Talk with Leah Borromeo: Exposing the cost of the Philippine drug war in ‘The Nightcrawlers’ 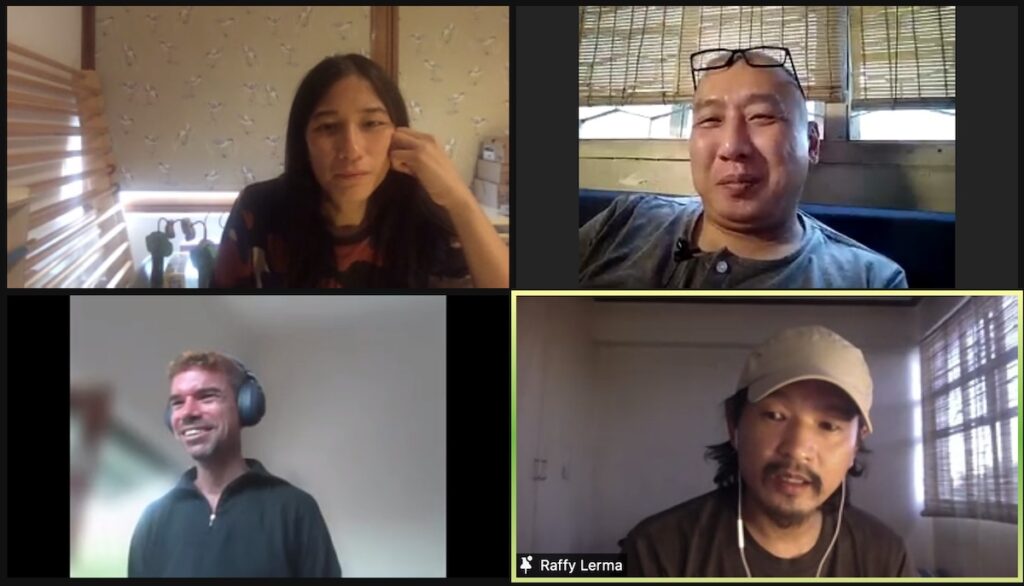 The first session of Impact Talks kicked off with a discussion featuring the impact producer and protagonists of the 2019 documentary The Nightcrawlers. Pictured at the session are (from top left) impact producer Leah Borromeo, photojournalist Vincent Go, EngageMedia Video for Change Learning Manager Egbert Wits, and photojournalist Raffy Lerma.

EngageMedia and In-Docs kicked off the first-ever session of Impact Talks on Thursday, November 11 with a discussion on the impact creation process in the 2019 documentary The Nightcrawlers. The film is an unflinching exposé of the war on drugs waged by Philippine President Rodrigo Duterte. Joining the session were seasoned journalist, filmmaker, and impact producer Leah Borromeo, along with photojournalists Raffy Lerma and Vincent Go. They reflected on their experiences campaigning for the film.

Directed by Alexander A. Mora, The Nightcrawlers follows a small group of photojournalists or ‘nightcrawlers’ documenting and revealing the deadly war against illegal drugs in the Philippines – a battle, some claim, that has cost at least 27,000 lives. Featuring interviews with members of a death squad who took part in the extrajudicial killings of individuals suspected of crimes and drug dealing, viewers are brought back to the streets of Manila in 2016, when the drug war was at its peak.

Speaking about the process of creating the film, Lerma said the film team did not think of a big production or impact distribution at the start. Rather, it began as a way to simply tell a story.

“We simply just wanted this story to be out, to be heard, to be seen, even just in our small community at that time,” he said.

When Borromeo learned that The Nightcrawlers was about exposing the injustices in her home country, she felt a call to join the team as an impact producer.

“I wanted to help the impact distribution process for this film, including building discussions about this issue with the Filipino diaspora and grassroots communities,” she said.

Identifying the campaign goals and approach

Impact distribution is a complex process. Borromeo underlined the importance of having a clear framework for impact planning. Crucial points to be considered include the campaign objectives, action points, and methodology. (Related reading: Video for Change Impact Toolkit)

The objectives should clearly outline the filmmakers’ personal reasons for what they want to do and achieve with their film. These should also include how the filmmakers plan to positively impact the people in the film and the people or communities affected by the issues.

“The world already knows [about] this extrajudicial crime. This story is out, we actually achieved our first goal. But after that, we keep asking, who actually needs this story the most? Our local community, the Filipinos,” Lerma said.

He added: “Some of them support this war. We want this story to make an impact on them, to change their minds and behaviour, not to support the violent leader in the future. That’s our main goal for now.”

Other points to consider in impact production are the potential partners and target audiences of the film. Potential partners refer to the people who have the ‘megaphone’ to talk about a particular issue. In the case of The Nightcrawlers, these were people who work in the fields of human rights or law.

“Can they (the potential partners) help you make an impact? Can they influence people to make social change? It is even better if you could target international partners (if necessary),” Borromeo said.

Targeting influential people, such as key opinion leaders or changemakers, can also be helpful in persuading people to take action or to support a campaign.

“It’s also very important to establish a connection with organisations like Amnesty International or the Committee to Protect Journalists,” Borromeo added.

In the case of The Nightcrawlers, the production team found that engaging first with the communities worked better in building more key audiences, including audiences who would benefit the most from the impact of the film.

“There were some pro-Duterte people in the discussion, that just made things a lot more interesting,” said Borromeo.

This approach of first engaging smaller communities resulted in a snowball effect, eventually leading to international bodies taking notice. In particular, Go singled out the International Criminal Court’s (ICC) interest in conducting an investigation into the Philippine drug war.

“The impact for me was that it woke up the international scene to take interest in what happened,” he said.

“The ICC [stepped] in and really wanted to investigate the killings. I think this is the biggest thing this documentary has achieved,” Go added. 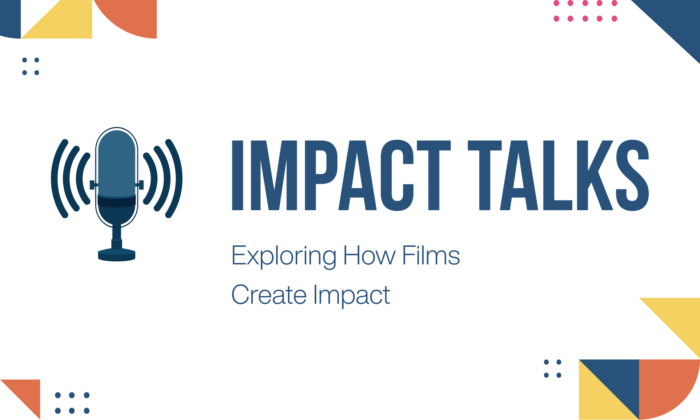 Creating impact is not the sole work of one person. It involves many people collaborating in the process, including the protagonists and communities captured in the film. The film’s production team highlighted the importance of being transparent, and engaging in open communication so that everyone – including the film team – are on the same page.

“[In most] cases in [the] Global South, there’s not enough funds to produce the film, let alone the impact. So as the impact team, we might have to learn it all from scratch – from contacting press to managing screenings,” said Borromeo.

“Say it since the first encounter: ‘We’d like you to be on board with us with any kind of contribution, with the capacity and energy you have, only if you’re willing’,” she said.

Equally crucial is recognising the need to take breaks. The work to create impact includes repetitive tasks, countless talks, and other activities that might set the team back. Lerma said it was necessary to give breaks to everyone involved, including the team and the protagonists.

“I was already doing the talks before the film. I think it also took a toll on us, that we do need a break. And doing this kind of talk can actually be a kind of therapy session for me,” Lerma added.

This pause allows the team to evaluate and revisit things that can be improved, stopped, or changed in the execution. After all, as the production team noted, impact distribution is a long marathon.

Impact Talks is a series of public meetings amongst filmmakers, activists, campaigners, film curators, impact producers, and interested audiences to share and discuss experiences and ideas around creating impact through film in the Asia-Pacific. Stay tuned for announcements on the next session.

1 thought on “Impact Talk with Leah Borromeo: Exposing the cost of the Philippine drug war in ‘The Nightcrawlers’”