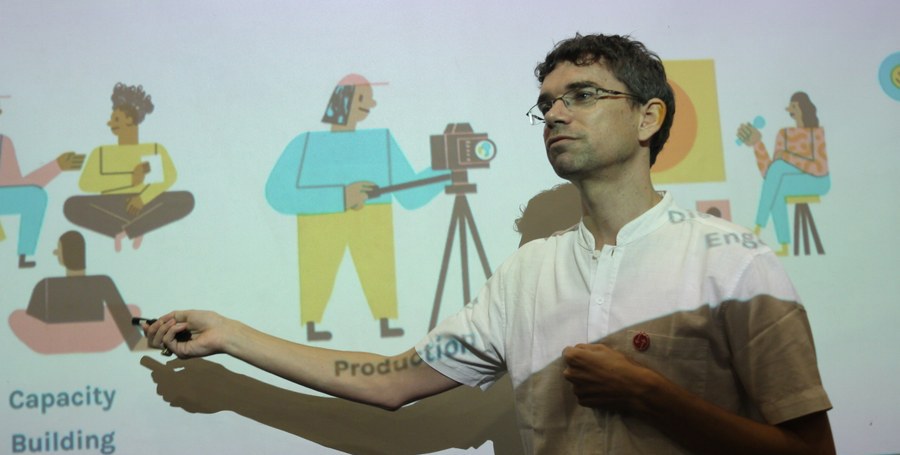 Manila, Philippines: In 2010, the entire world was shaken by the gruesome massacre of 32 journalists and 26 civilians in Maguindanao by then-leading political clan Ampatuan. With 70 suspects still at-large, it is dubbed as the single deadliest event for journalists in history.

Under the current administration, journalists are continuously being harassed, assaulted and barred from coverage. The government has changed leadership since the Ampatuan Massacre, but the Philippines is still one of the most dangerous countries for journalists and media workers in the world.

On May 3rd, 2019, in time for the World Press Freedom Day, EngageMedia and Active Vista International Human Rights Film Festival gathered filmmakers, media groups, and civil society organizations to underscore the importance of Video for Change locally and regionally. 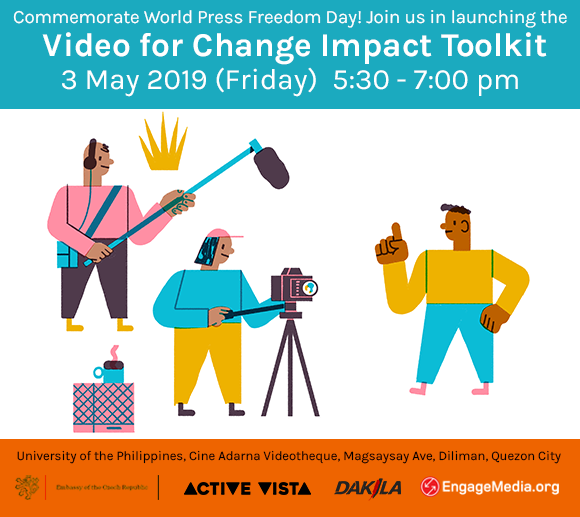 Video for Change refers to the use of video as an approach to support social movements, document rights violations, raise awareness and share new knowledge on social issues to contribute to social change

In the Philippines, alternative video groups like Kilab Multimedia & The Breakaway Media, continue to tell important and under-reported stories of the struggle of the Lumads in Mindanao, despite the danger of militarization in the area. In July 2018, alternative media workers filming the violent dispersal of the picket line of striking contractual workers of the giant condiments factory NutriAsia in Marilao, Bulacan were arrested. Videos filmed during the violent dispersal were key to a national outrage against the plight of Nutri-Asia workers.

“Because of the increasing human rights violations and widespread media repression, not just in the Philippines, but in all over the Southeast Asian region, supporting the practice of Video for Change is more important now than ever,” shared King Catoy, EngageMedia’s Video Lead.

During the gathering, Egbert Wits, EngageMedia’s Project Manager, introduced the Video for Change Impact Toolkit. The Toolkit features the knowledge, expertise and best practices of seasoned Video for Change practitioners around the world. It emphasises the process of making a video as much as the product and explores the threats and opportunities facing social movements working in human and environmental rights. 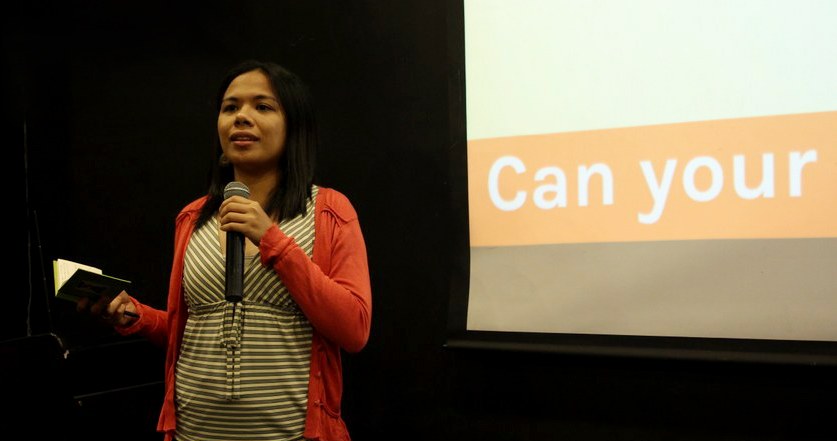 “Video for Change practitioners, like all media workers, face security risks. We hope that this toolkit can help in mitigating these risks by providing frameworks in risk management.” added Wits.

The Impact Toolkit was earlier launched in Kuala Lumpur, Malaysia and Jakarta, Indonesia.