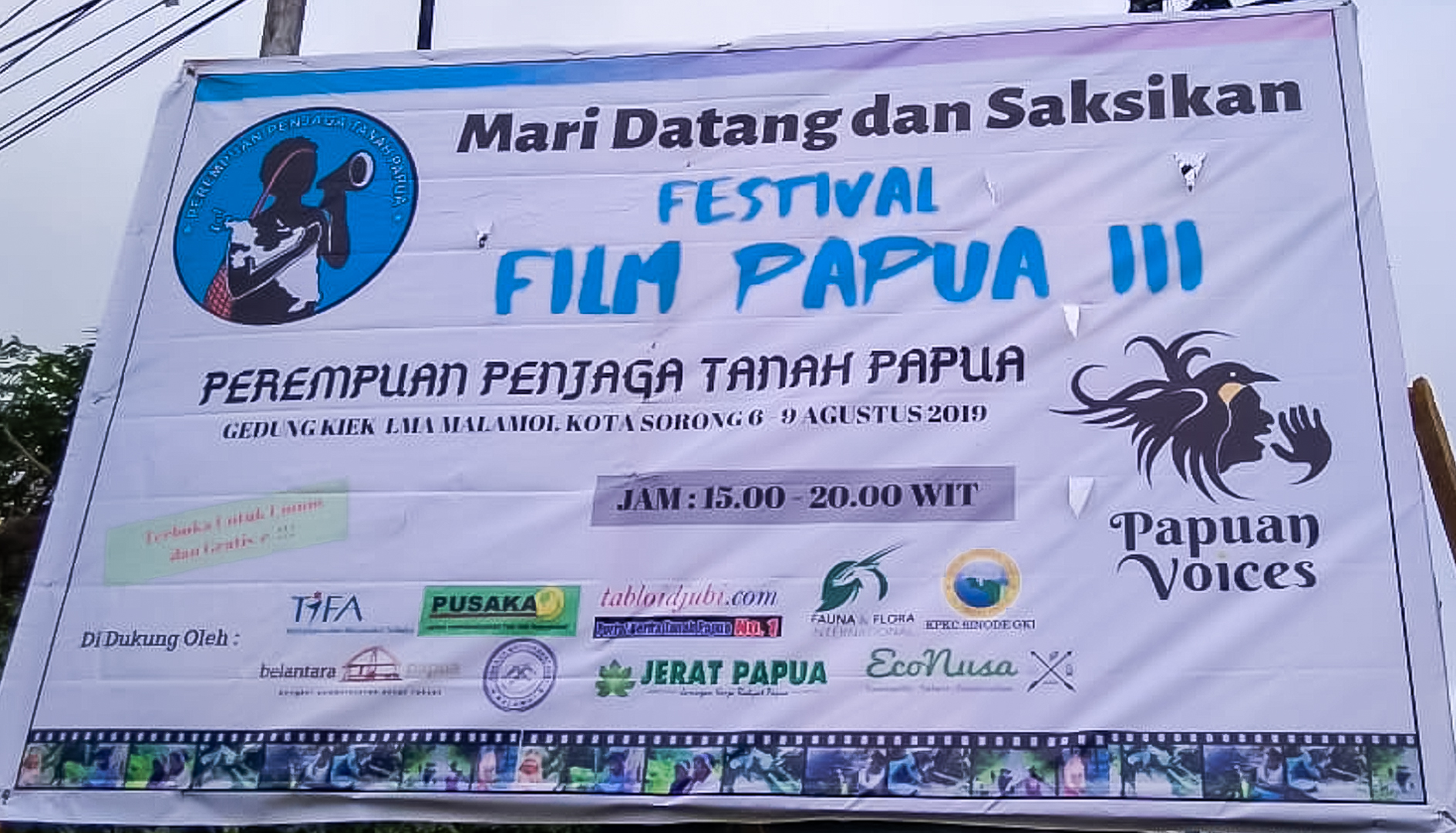 This August, the 3rd Papuan Independent Film Festival took place at the Moi indigenous centre in Sorong, West Papua. The theme of the festival was “Perempuan Penjaga Tanah Papua” (The Female Guardians of Papuan Land). Local film community Papuan Voices, the organisers of this event, mentioned that their focus was to raise awareness on the role women play in Papuan society and to celebrate their changing gender dynamics.

The Papuan Voices community has been training young Papuans since 2011 on how to produce short documentary films. The community members and the trainees have produced over 100 films to date. In the three film festivals, some of the best documentaries have been featured and promoted. The community aims to encourage the public to see the real Papua through the eyes of Papuans themselves through these films. 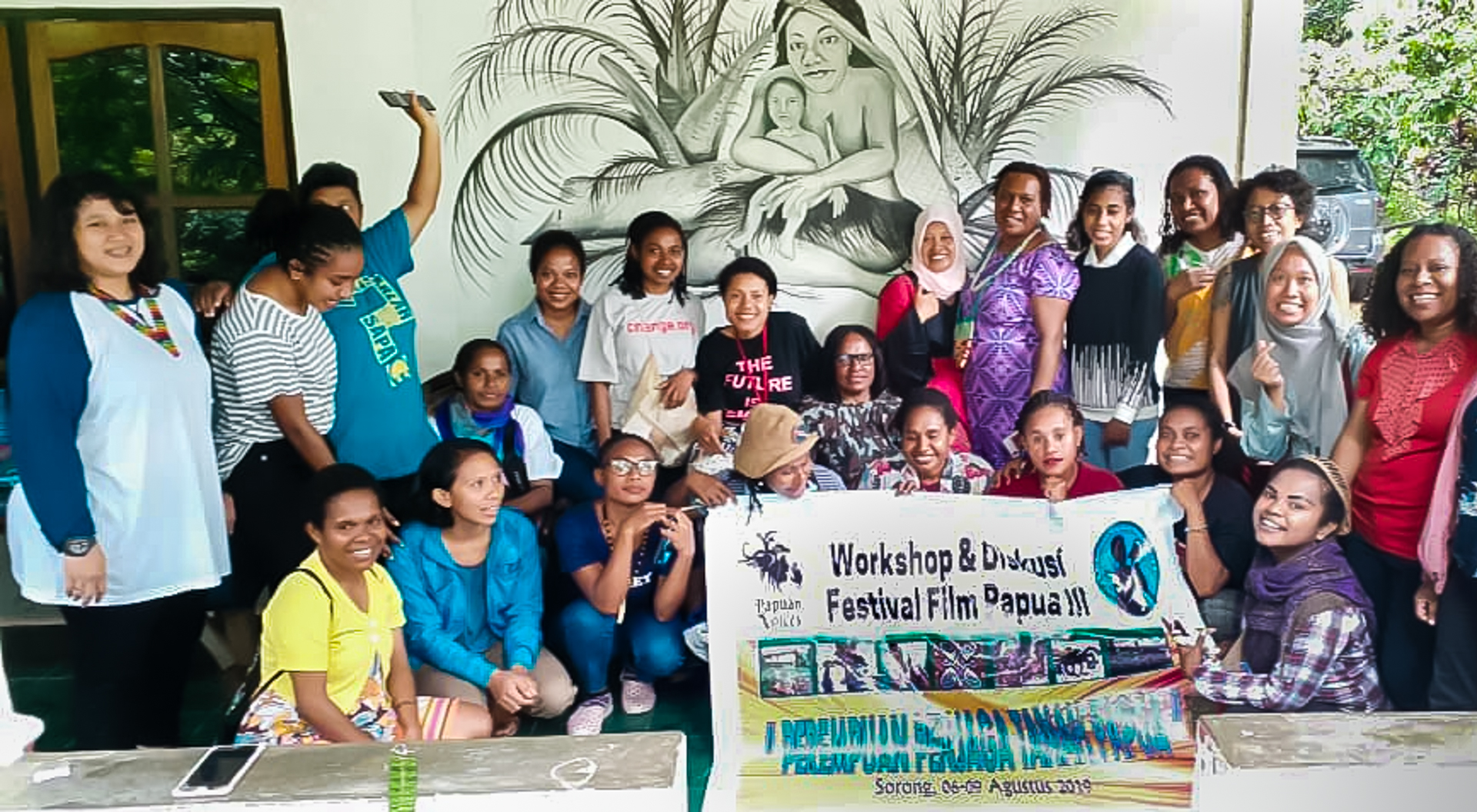 Sisca Manam, a festival coordinator, mentioned that Papuan women have been getting recognition in recent years, but there is still a wide gap that separates men and women in the region.

Melanie, one of the four judges who picked the three best films out of seventeen submissions, said most of the films adhered to the theme of the festival, talking about the resilience of Papuan women against all odds.

This year, ten out of seventeen submitted films were screened.

The film Pahlawan Tanpa Tanda Jasa (Unknown Heroes) by Cristian G. & Tigor Kogoya won first place. The 15-minute film tells the story of Mama Kogoya, a widowed Papuan mother who had to support her children by selling bread, vegetables, and sweet potatoes, as the pension she received was not enough. She faced her struggles and sent her eight children to school. She expresses pride in her first child, who grew up to become the head of a health clinic in Makki district, Lanny Jaya Regency.

The film features Karolina Wayangkau and her husband, Hermanus Satia, who were among the first employees of a state-owned palm oil plantation, Perusahaan Tinggi Perkebunan Nusantara (PTPN) II, which operated in Keerom. In early 1998, the couple came from Serui to live in Keerom under a local transmigration program. They are now nearing pension age but have a big regret: they wish they could live far from palm oil plantations.

Irene Fatagur is a farmer and a mother living in Keerom district in challenging times. The film features her over three-decade-long land conflict with a state-owned palm oil plantation company that wants to take over her land.

The festival enables young Papuans to have a platform for exchanging not only films but also ideas among themselves. We look forward to the fourth Papuan Film Festival and beyond.

Rezwan Islam has long experience in citizen and social media. For over 15 years, he has been writing for local and international citizen media sites/blogs.