WALHI Jatim is the East Java regional executive of the biggest environmental movement in Indonesia. Founded in 1982, WALHI Jatim began as a pressure group fighting for rights of community groups and environmental awareness, consisting of non-government organisations and independent collectives within the province.

In July 2018, EngageMedia had the opportunity to join one of the movement’s initiatives involving the residents of a coastal village in Banyuwangi, a regency located at the easternmost tip of Java. Dubbed as “School of Ecology”, the initiative produces informal learning circles in villages and urban poor areas. These learning circles are also accessible in other pockets of settlements where there are environment and human rights crises; mostly due to development projects and pressure from the manufacture and extractive industry.

People who joined the School of Ecology at the time of EngageMedia’s involvement were villagers who rely mostly on the capacity of land and sea for farming, fisheries and beach tourism. There were also guest students from Laskar Hijau, a community-based organisation known for their resistance alongside farmers against the destruction of forests by big companies. Laskar Hijau will host the next learning circles in their area, following the initial design of knowledge exchange among student-participants. 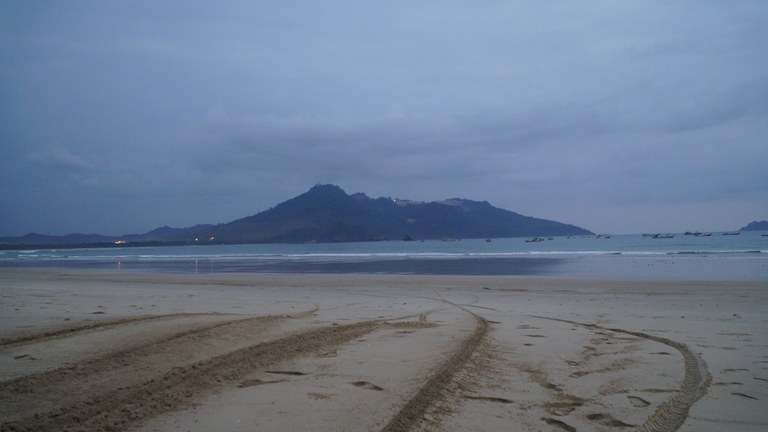 Afandi, WALHI Jatim’s Head of Advocacy explained that the initiative stemmed from a criticism that the perspective of ecology is often overlooked in developing curriculum for victims of environmental destruction and natural exploitation. Afandi said in front of the class:

We tend to focus on the anthropocentric impact which can mislead our movements to how much companies or government can compensate the victims. Enriching our perspective in ecology means that we as humans are part of nature’s equilibrium. Even without companies and government destroying our natural surroundings, an individual already has the power to cause destruction with as simple as regular use of synthetic fertilizers.

The hosts for the current round of the learning circle are victims of massive mineral exploitation in the coast of Banyuwangi, who were involved in the resistance of mining activities around Mount Tumpang Pitu. The mining company uses the Heap Leaching method to mine gold which poses a very high risk of damaging the environment, which includes humans. The Heap Leaching method requires the use of cyanide.

The curriculum includes lessons and discussions on the residents’ previous practice in organising protests, training in statement writing, and identification of action steps when legal repercussions.

Previously student-participants were also introduced to basic skills especially for simple write-ups such as press release or protest statements.