The Philippine Drug War: A Primer

The Philippine “War Against Drugs” lead by president Rodrigo Duterte has led to the deaths of over thousands of Filipinos and human rights organisations claim that the Philippine police have systematically targeted mostly poor and defenceless people across the country while planting “evidence”, recruiting paid killers and fabricating official incident reports. 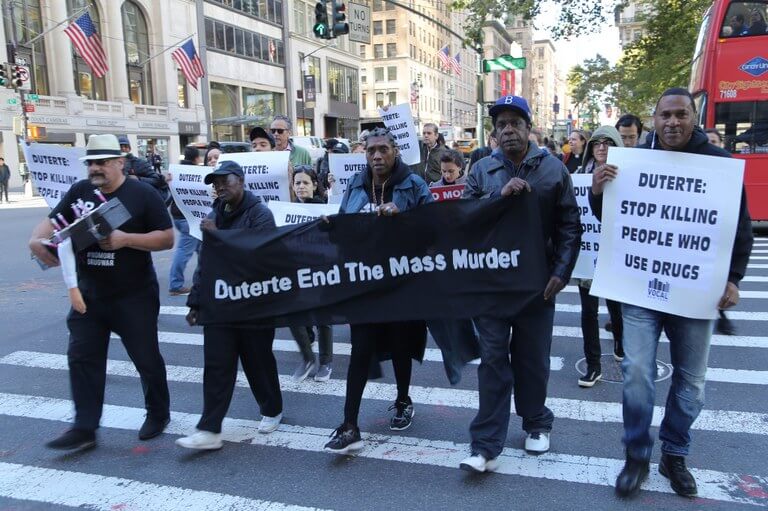 The Philippine Drug War (Filipino: Giyera Kontra Droga, lit. “War Against Drugs”) refers to the drug policy initiated by the Philippine President Rodrigo Duterte since 2016, which has led to the deaths of over 12,000 Filipinos till March 2018, mostly urban poor.

The Philippines police claim, that more 4,000 deaths were from legal operations and the deceased Filipinos allegedly fought against the police and possessed a definite amount of drugs and guns. In addition to the killings, more than a million users and street-level dealers have voluntarily “surrendered” to the police. Many did so out of fear of being killed otherwise. People claim that who dare challenging President Duterte and his policies are being increasingly accused of drug trafficking charges and are being incarcerated.

Duterte won the 2016 election campaign with a promise to kill tens of thousands of criminals in a relentless war on crime and drugs. During the anti-drug operations Philippines police they are allowed to kill “idiots” who violently resist arrest.

According to a report by Amnesty International in January 2017, the Philippine police have systematically targeted mostly poor and defenceless people across the country while planting “evidence”, recruiting paid killers, stealing from the people they kill and fabricating official incident reports. The report documented how the police, working from unverified lists, stormed into homes and shot dead unarmed people, including those prepared to surrender.

The human rights abuses have been condemned both inside the Philippines and by the International Communities. On September 2017, tens of thousands of Filipinos joined in a protest in Manila, Philippines, to condemn those extra-judicial killings under the government of President Rodrigo Duterte. Last November 2017, a broad network of lawyers and judges formed Lawyers Against Extra-Judicial Killings, to join forces in what they called “struggling against the descent of the country into the dark abyss of lawlessness, persecution of the poor, attacks against critics and human rights advocates and authoritarian methods or rule.”

On March 26, 2018, Presidential Spokesperson Harry Roque said that “some human rights groups have become unwitting tools of drug lords to hinder the strides made by the administration”, in a statement. With these recent accusations, human rights groups said in a statement that the government is either cooking up a scenario that will justify a massive Tokhang-style killing of human rights activists or it is one of those attempts to evade accountability from domestic and international human rights instruments.

Here are some videos which tell more about this war on drugs: