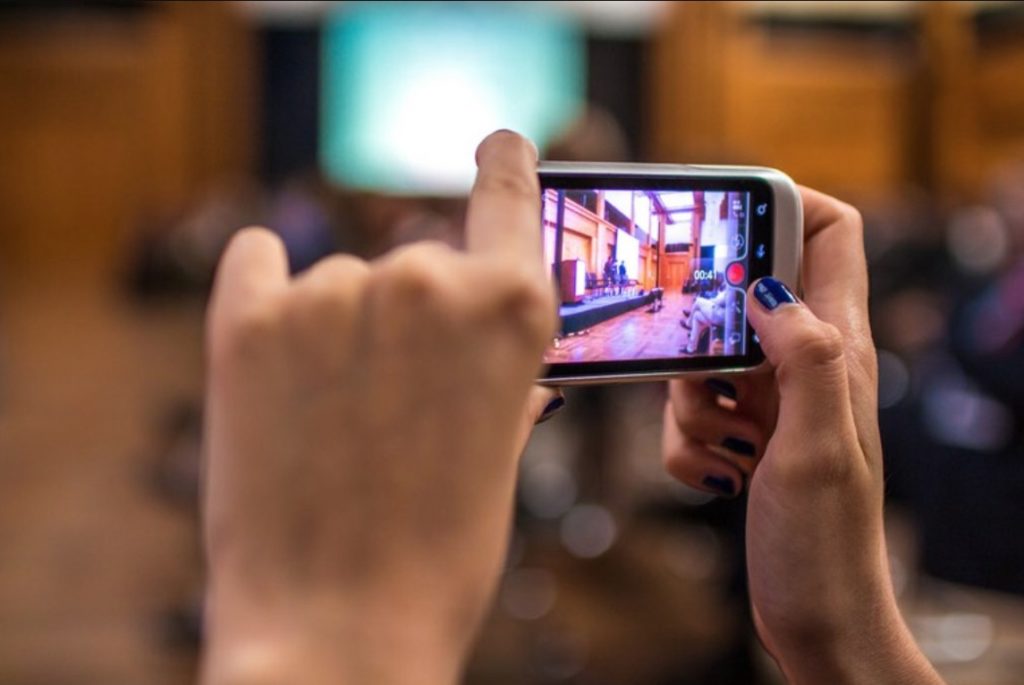 As part of EngageMedia’s syllabus on using video for social change, our Communications and Outreach Coordinator conducted a number of related sessions at COCONET, the Southeast Asia Digital Rights Camp.

One of these was the workshop on mobile video production, with was held with a group of participants from across the region, working in various fields such as journalism, human rights activism and digital security. The goal of the workshop was to explain the usefulness of mobile devices to document and advocate critical social issues, the social impact that effective video content can have, and teach participants how to produce short videos themselves.

The session began with a sharing of statistics and examples of how mobile video is used and consumed, after which participants were taken through a detailed list of best practices for recording on mobile devices. These included technical considerations such as stability, lighting, sound, quality settings and memory, but also ethical considerations such as privacy and security for both documenters and subjects. Co-facilitator Prakkash from WITNESS also shared some tools and tips for recording video as evidence.

We then conducted an exercise, where the facilitators interviewed each other and all participants were asked to record the scene as if they were journalists live at the scene. This spontaneous segment was useful to practice and reflect on the technical aspects that were shared earlier and how to maximize the somewhat limited capabilities of mobile devices. Here, Prakkash also showed some gadgets that could be purchased to help improve the quality of footage recorded on mobile phones, such as mobile tripods and portable microphones.

The second half of the workshop involved taking participants through the essentials of recording preplanned video interviews. To make their footage look as professional as possible, they were shown how to frame their shots using the rule of thirds and enhancing them by looking more closely at location, lighting and context. Other topics that were touched on included the 5 basic shots in videography, cutaways, storyboarding, mobile and desktop editing tools, and online sharing platforms.

After a demonstration on how to position their crew, the participants were then put into groups of four where they assigned each other as interviewers, interviewees, videographers and directors. Using all the principles they had learned so far, they were assigned to produce one-minute video interviews. The groups came with a great four videos, which were shared to the entire group and evaluated collectively, with comments made on the content and technical quality.

We concluded the session by looking at measuring the qualitative and quantitative impact of online video. We also reiterated the importance for civil society to use online video in their work, sharing a statistic that states that, “By 2021, internet video traffic will account for over 80% of all consumer Internet traffic.” Video is the medium of the future, and we’re all able to harness its power using the tool in our pockets.