Cha Roque is a literary writer, filmmaker, and LGBT advocate from the Philippines.

Cha Roque is a literary writer, filmmaker, and LGBT advocate from the Philippines. She co-founded a video production house called CLP Videos for which she has directed, written and produced numerous videos for corporate, government, and non-government clients. She is also the Communications Director of DAKILA, an artist collective in the Philippines.

In an exchange over email with EngageMedia she tells her story of becoming an activist and a filmmaker. Below are excerpts from the interview.

EngageMedia (EM): Tell us who you are as a filmmaker and how you began your career as one.

Cha Roque (CR): I took up Communication Arts in college. The course did not have a film major but we had film, TV production, and journalism classes among others. When I made a couple of films in college, it was when I realized that I wanted to be a filmmaker. After college, I worked for a production house where I learned the basics of making videos. After a few months, I put up my own video production house where I had the privilege of making videos for corporate, government, and non-government clients. In between work, I would sometimes shoot a short film – just for fun. I started taking filmmaking seriously when I joined the B-Change’s Stories of Being Me documentary series in 2013. I represented the Philippines as a grantee in that documentary series. Through that series, I got an invite from the Salzburg Global LGBT Forum to be a speaker and to show my film in the seminar. The seminar and the people I met there inspired me to keep doing what I love to do which is filmmaking. From then, I leaned towards making advocacy-themed and experimental passion films.

EM: Can you tell us about some of your more notable films? 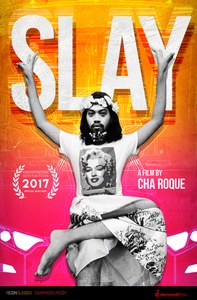 CR: My documentary titled Slay is about a trans-androgynous genderqueer performance artist in the Philippines and how his gender expression makes him prone to discrimination premiered at the Hanoi International Queer Film Week (Hanoi, Vietnam 2017), and was also screened at the Asterisco Festival Internacional de Cine LGBTIQ (Buenos Aires, Argentina 2017).

My experimental film on gentrification entitled “I Went Out to Shoot Mere Glimpses of Beauty but the Trees Wanted a Selfie” is part of Fringe Manila 2018 under the Queer Earth, a series of multi-disciplinary creative works reflecting on the question: how can we holistically care for the earth and one another within the systems of gender & culture we inhabit? This film was entirely shot with a paper camera.

Lastly, my short narrative film on the war on drugs called Hapag (Dining Table) has recently been selected for the 14th IAWRT Asian Women’s Film Festival which will be held in March 2018 at New Delhi, India.

EM: Which would you say is your favourite, among the films you’ve made? 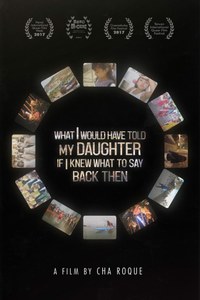 CR: For sentimental reasons, I would have to say “Itim na Tatsulok” (Black Triangle) which was a film I made in college. It’s my favourite because just like the story’s main character, I also went through some tough times while making the film. It was a lesbian film that I made when I was studying in a Catholic school. Some professors told me that the film almost cost me my diploma, some said that the film was prevented from garnering awards due to its “sensitive topic”. Surprisingly, it was nominated for 7 out of 9 awards and won Best Editing. But the awards were really no big deal. What’s important for me that time is to make the film and be able to show it in a school where there are a lot of homophobic teachers and administration staff. Also, this film humbles me whenever I am reminded of it. Whenever I have doubts about my craft and myself, “Itim na Tatsulok” serves as a reminder of how I pulled off this film and how brave I was to challenge the institution I was in before.

Another favourite is What I Would’ve Told My Daughter if I Knew What to Say Back Then. Of all the films I made, this is the most personal and hardest to finish. It took me two years of editing 13 years worth of footage, and having the guts to share my re-imagined coming out to the world.

EM: What is the background to its story?

CR: What I Would’ve Told My Daughter if I Knew What to Say Back Then is a personal experimental documentary that was inspired from my failed coming out (as a Lesbian) to my daughter when she was just 3 years old. My coming out was stolen from me by her dad, so I made the film to take back that moment. Making the film and showing this to audiences around the world literally feels like standing naked in front of thousands of people. It is very private and personal, and yet a lot of people related to it.

CR: This film is the most featured from all of my works as of now. It has given me the opportunity to attend prestigious film festivals, and meet like-minded passion-driven people who I collaborate with now. I guess it’s a mix of having the privilege to tell stories that I believe deserve to be told while practising my passion, and standing up for my advocacy.

EM: What first attracted you to work with film?

CR: I’ve always wanted to be a storyteller. When I was younger, I wanted to be a writer or a journalist but I fell in love with film because it gives me a freehand on how to present my story artistically. After a mentorship with an experimental filmmaker in the Philippines, my vision on films expanded even more. I think that’s the beauty of film for me, that you can still tell the same stories without having to conform to rules or the usual way of telling them.

EM: What are the challenges for you working in Philippine especially with current Social-Politico situations? What’s the major threat now?

CR: I recently made a film called Hapag which is a symbolic take on how the war on drugs in the Philippines affects families. Though I have been able to screen the film in a couple of screening in the Philippines, sometimes I’m also afraid of the implications of it to my safety. I’m glad that as of today, filmmakers and artists in the Philippines can still express what they want to say about the government and the other issues that concerns us but I fear of losing that freedom of expression soon if we let the socio-political situation stay the same. 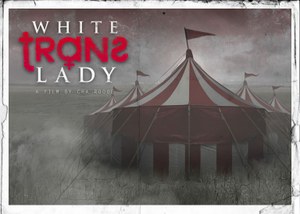 CR: I am still raising funds for White TransLady, an experimental dark comedy narrative film about a transgender woman who faces yet another struggle when she gets discriminated in the afterlife. This film is a peek at a transgender woman’s struggles but also an exposition that as humans we share the same sentiments, the same heartbreaks, the same joys, and the same hopes. The script, cast and crew for this have been finalized. Some people and production houses also volunteered their services for free. I am just still raising funds now so we can proceed to the shoot.

Aside from this, I am also working on a solo show of my passion project called PeliTula. PeliTula comes from the Filipino words pelikula (film), and tula (poetry). Film is a visual art form and poetry is more on the abstract world of thought and feeling rather than the literal world of things. PeliTula takes on the marriage of the two as an art form. This is the first time that I will be exhibiting my works at a gallery instead of a film screening. Each film is a collaboration of 2 or more artists. Coconet fellows Furhan Hussain, Maung Saungkha, and Seelan Palay will be collaborating with me for some of the pieces. The show will open at Seelan’s Coda Culture gallery in Singapore this coming year.

CR: Yes, of course. Film (like any other art form) is very powerful in stirring emotions and shaping the minds of people. Films have exceptional power in telling stories and getting messages across. Using film for advocacies provides an opportunity to engage the audience on a more emotional and relatable level. Films don’t only inform, but also promote empathy, and open minds to understanding issues that seem to be none of the audience’s concern before. Films can also provide an alternative way of discussing topics that are taboo or are difficult to talk about openly.

We always say in Dakila, art may not change the world but it can change the way we view the world. I believe that as artists, we have the responsibility not only to entertain but also to use our art to help those who cannot raise their voices by telling their stories.