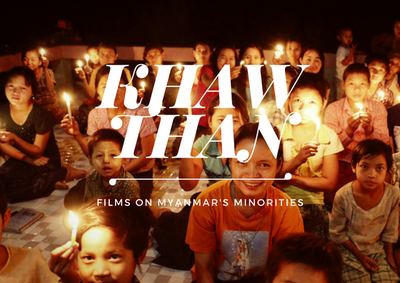 It has been two months since we launched Khaw than, films on Myanmar minority and peace screenings that allow the audience to assess human rights and peace dialogue at Yangon, Mandalay & Sintgu.

After we screened our first screening at Yangon on 26 Oct with Phandeeyar, we forwarded moving on our next screenings at Mandalay and Sintgu (Lat Pan Hla) on Nov 10, 11 and 12 with Metta Campaign and Rainbow Organization Sintgu.

Over 300 audiences at 3 screenings at Mandalay & Sintgu made the after screening discussion times with filmmaker Lei Lei Aye meaningful.  Lei Lei Aye showed her women rights film “My Mother is Single” and her award-winning film at the  & Proud Film Festival ‘Soul Mate’. In addition, we screened our top documentary film “Sound of Silence” which won an award in Spain Gerona Film festival and “I wanna go to school”, which received an award at the Human Rights & Human Dignity Film Festival.

“This screening has revolutionized our thoughts about minorities,” said Transgender woman, Ma Phyo from Rainbow Organization Sintgu. “Through these video interviews, we get a deeper understanding of our right and can know peacebuilding more effectively with current Myanmar situation.”

With the New Year season quickly approaching, we have a plan to move on for our two final screenings at Yangon on Dec 14 and 15 and so that you can visit and discuss with our filmmakers & our engagemedia team.

More on Khaw Than project.