Thet Oo Maung (Tom) is a documentary filmmaker and photographer from Myanmar whose works have been acclaimed internationally. This is our exclusive interview with him. 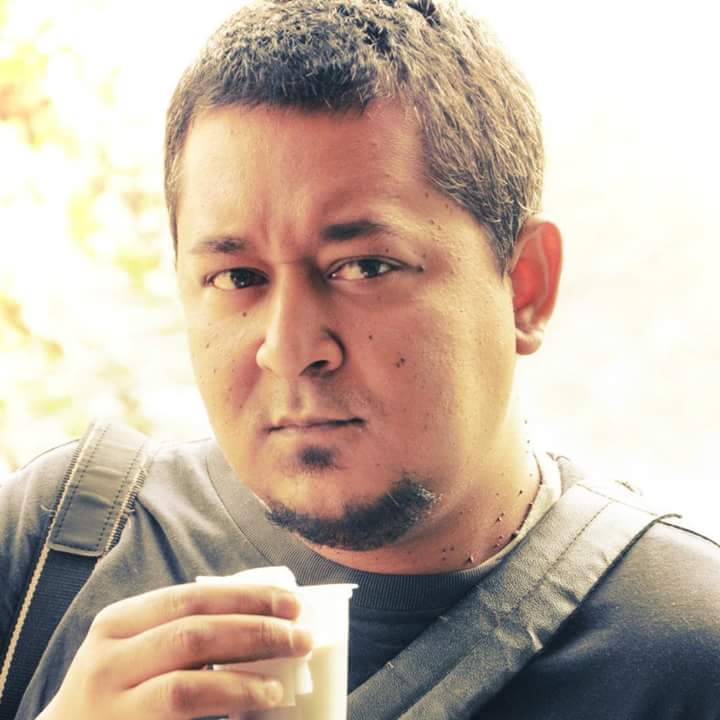 About: In 2012, I joined the "The Art of Documentary Film Making Workshop" held by Yangon Film School and created 3 documentary films as a Director. Among them, the documentary film "The Old Photographer" won many awards including the 5th prize at Singapore Myanmar Film Festival 2013.

After that, I made a short documentary film “A Simple Wish”. My latest documentary film as a Director, Editor, and Producer is 21 minutes long “Sound of Silence”. The film is about the Civil war and Landmine victim. I make this film. It won the best sound award in Singapore Myanmar Film Festival in late 2015.

EngageMedia (EM): Tell us who you are as a filmmaker and how you began your career as one.

EM: Can you tell us about some of your more notable films?

TOM: After participating in the workshop, ‘The Art of Documentary Film Making’, by the Yangon Film School, I directed three documentary films. These are, ‘The Business’, ‘Cries and Whispers’, and ‘The Old Photographer’.

‘The Old Photographer’, which tells the story of an old photographer who lived in a colonial building in Yangon, won 5th prize at the Singapore Myanmar Film Festival in 2013 and was also selected in some other film festivals.

The short documentary I made after that, ‘A Simple Wish’, was on of top 5 nominated films at the ‘Human Rights and Human Dignity International Film Festival in 2013, the ‘Cultural Unplugged Film Festival, and the ‘Viewster Film Festival’ in 2014. That film is about a young disabled girl who is lives in the remote delta region and how she struggled to get an education.

My fifth documentary, ‘Sound of Silence’, which is 21 minutes long, is about victims of the civil war and landmines in Myanmar. It was screened at the Human Rights and Human Dignity International Film Festival in 2014.

And my most recent film made in 2015, ‘Against All Odds’, is about the three women and how they deal with the personal issues they face in their lives.

EM: Which would you say is your favourite, among the films you’ve made? What is the background to its story?

TOM: I love all my films because they’ve all been like stepping stones for me. I learn to make better films over time and from my previous mistakes. But if I have to pick a favourite, I’d say ‘Sound of Silence’.

The story revolves around the portrait of a former soldier who fought in the civil war in Myanmar which began in 1948 and lost both his legs due to a landmine. I hope that we can work to prevent such kinds of wars by looking at the brutality of it and landmines in the film. With the film, I also hope to share with the wider audience the idea of the beauty of hope and love over violence and war.

EM: Would you consider ‘Sound of Silence’ a personal milestone? Did you face any difficulties when making it?

TOM: Yes, it might be another milestone after ‘The Old Photographer’. The difference though, is that I mostly worked on the film alone, which made it take up more time than usual. It also meant that I didn’t have enough budget and time to promote the film after its production. I also faced secondary trauma from the bloody war footage and sorrowful story.

I hate war. Any kind of war. And it just so happened that I was a neighbor of a victim of the civil war. Despite the political situation in the country not being good at the time, my protagonist trusted and warmly welcomed me to share his life experience. I think this was because I grew up his neighbor, and I don’t suppose he would have accept any other filmmaker. So he spoke very openly to me.

Another remarkable stroke of luck was finding raw footage of the civil war. This film was created with only passion and luck. I myself am not sure if I’ll ever get a chance to make a film like this again.

TOM: The biggest opportunity for me is having film festivals show our films. And also with the help of the Internet, I’ve been able to connect with festivals and share the film with people in many other countries. So far, ‘Sound of Silence’ has been screened in Indonesia, India and Singapore. It’s also going to screen in Bosnia and Herzegovina, Serbia, and Iran soon. This is all thanks to friends and the advantages that the Internet provides.

EM: What first attracted you to work with documentary film?

TOM: I chose to be a documentary filmmaker because I want to I tell the many untold stories of Myanmar. I believe that real stories are more powerful than works of fiction. Documentaries can move people, raise their voices, and push society forward. It can foster awareness, advocate for those in need, and unite people.

I believe that documentary films and photographs are perfect weapons to bring about positive change. That’s why I’ve dedicated myself to be a change-maker, with these powerful weapons in my hands.

I also want to share the experiences of our time to future generations. To let them know, how we have lived in this era. They will not only of our good experiences, but also of our mistakes, which they can learn from and avoid. This is what has attracted me so much to keep going as a filmmaker and storyteller.

TOM: Firstly, our challenge is having spaces for learning. We do not have film schools or good training centres for film in Myanmar. We do not have enough books in local languages to learn about filmmaking. We do have some private institutions such as the Yangon Film School, but it only accepts 12 students per course over a two-year duration.

Secondly, if you are making a film about or shooting sensitive issues, it is very risky. It’s extraordinary that we don’t have any organizations or groups to support the film and video makers in that regard.

TOM: I haven’t tried a very planned online distribution method yet, but I do upload some of my films to YouTube and send them to festivals via cloud storage like Dropbox or Vimeo. Online sharing is definitely easier and more effective (when the internet connection speed is good) to share our work with international festivals and the wider audience.

TOM: The lastest project I’m working on is a documentary film on illegal logging in Myanmar. It’s now in the final stage of editing and I hope to release it soon on YouTube/Vimeo and local and international film festivals.

TOM: Of course I believe in that. Even if we cannot change things immediately, we can at least push a little bit to move forward, which is better than not moving at all.

Find out more about Thet Oo Maung’s work at his website, and check out other featured filmmakers from the Asia-Pacific region here.