We interviewed Ko Thaid Dhi, a prominent filmmaker from Myanmar and founder of the Wathann Film Festival. 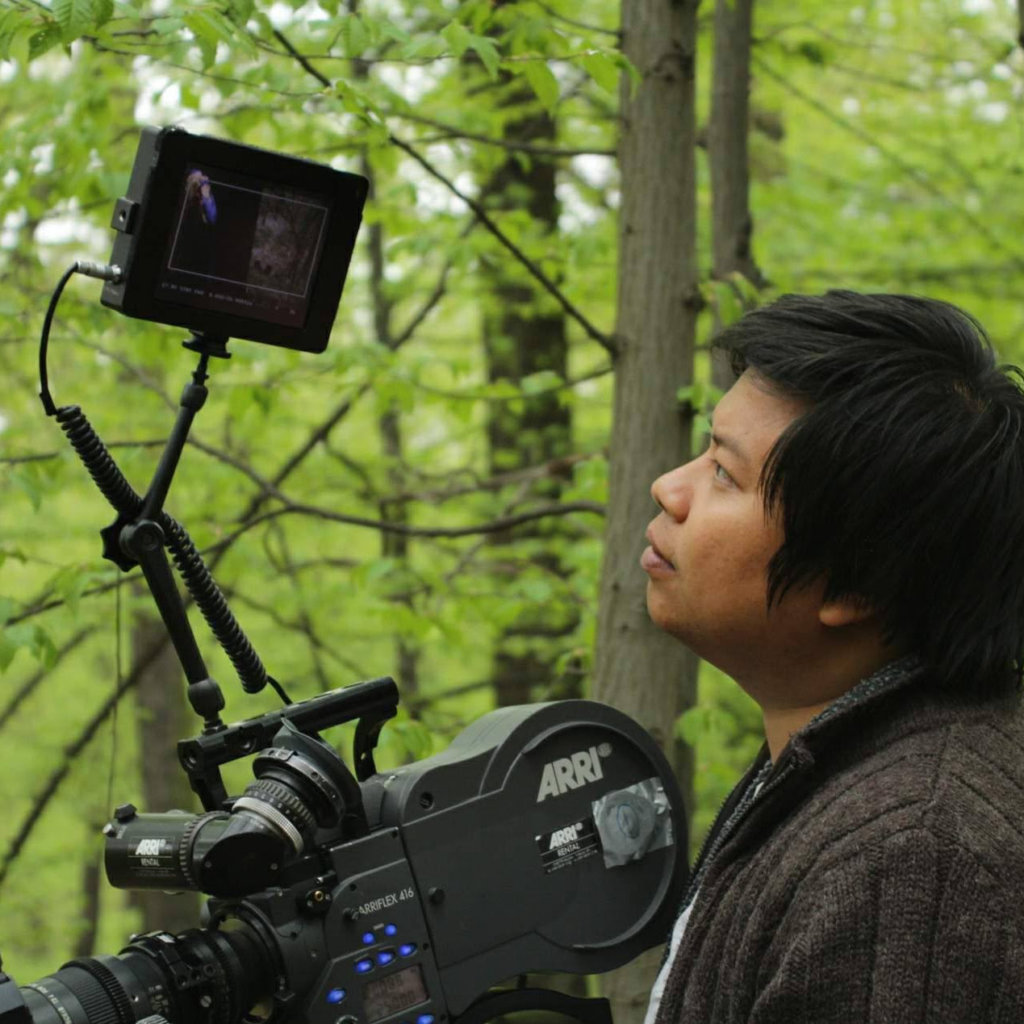 About: Launched in 2011, Wathann Film Festival (WFF) is the oldest independent competitive film festival in Yangon. It was launched in September 2011 by local filmmakers Thu Thu Shein and Ko Thaid Dhi. It is a platform for independent local and international filmmakers.

EngageMedia (EM): Tell us who you are as a filmmaker. How did you start out?

Ko Thaid Dhi (KTD): Around 2006, I joined a filmmaking workshop in Yangon which was organized by the Film and TV School of Academy of Performing Arts from Prague, Czech Republic. I got interested in cameras, and started working on short films and documentaries during the workshop. Later on, I also joined a documentary workshop by the Yangon Film School.

I was involved as a cinematographer in ‘Nargis: When Time Stopped Breathing’, which was the first feature-length documentary made by Myanmar filmmakers. In late 2008, I got a scholarship to study in FAMU, where my student film won the Best FAMU International award at the school festival and gave me a chance to study for my Masters in Cinematography.

Currently, I’m back in Myanmar and based in Yangon as an independent filmmaker.

EM: Why did you choose to work with documentary or feature films and what first attracted you to it?

KTD: I grew up in a military-run region, so I was surrounded by propaganda. The world I lived in lacked reality and truth. I didn’t like it and I wanted to do something for the country. I know that anyone who got involved in politics could be sentenced to prison for 40 or 50 years at that time. And honestly, I was afraid of going to prison.

When I found out about documentary films at those workshops, I fell in love at first sight. I believe that with documentaries, we can show the reality of our society.

EM: What is your favourite film among those you’ve worked on and what is the background to that story?

KTD: My favorite film would be ‘An Untitled Life’ by Shin Daewe, for which I was a cinematographer. The film is a portrait of an artist called Rahula. He’s a very interesting artist who used to be active in politics and was sent to an isolated prison on an island.

At that time, he was one of the few artists who dared to paint Aung San Su Kyi’s portrait and his own prison experience. That was around 2008, and the film portrayed him as an artist and more importantly a human being. However, his ideas on politics were in present in underlying layers of the film, and that’s why I like it.

I don’t like documentaries that take an overly straight forward approach on politics because I think that could make it look like just another work of propaganda from the other side. As I mentioned above, I’ve had enough with propaganda.

KTD: As I was born during the time of military dictatorship in Myanmar, I’m used to working with challenges. I have to say that if you really want to tell a good story, there’s always a way you can make it happen.

KTD: After 2011, Facebook became a very useful tool for my work, but there are good and bad aspects to it at the same time.

For offline distribution, me and my wife, Thu Thu Shein, established a film festival called the Wathann Film Festival, which is the first film festival in Myanmar to show local documentaries and short films to local audiences. This year will be our 6th and the festival is growing fast.

KTD: I’m currently working on my first feature-length fiction script called ‘Midnight Yangon’ with the writer, Aung Min. These days, there are quite a number of documentary workshops in Yangon. There have been more and more documentary filmmakers coming out of them, and they make really interesting films. I believe that Myanmar the documentary film scene is getting much more developed, and that’s why I’ve started to try to make something between documentary and fiction. I’m trying to base it on some real-life characters and events from our society and write a script around them.

I can also share something else about the story. There’s a saying in Myanmar that, “Night can’t be darker then midnight”. From that saying, I was inspired to ask the question, “In our society, what if our lives can become darker after midnight?”.

EM: Do you think that your films or other films can change our society?

KTD: I don’t think our films can change the whole of society like magic. Maybe we can move one or two steps forward. Every step is crucial for us.

EM: What’s your opinion on the future of Myanmar’s filmmaking industry and filmmakers?

KTD: I think the film industry in Myanmar will get better in the near future because there are so many young independent filmmakers coming forward these days.

With regards to filmmakers, there is one issue in my opinion. Some filmmakers are aiming to change society with a single short film, so they start to make very direct films which feed answers to the audience as to what is right and what is wrong, or how to think about this or that issue. So the films start to look like works of propaganda. Film is an art form that should open the minds of the audience.

Find out more about Thaid Dhi’s work at his website. The Watthan Film Festival runs from 7 to 11 September 2016 at the Waziyar Cinema in Yangon, Myanmar.