A Colourful Experience at Barcamp Yangon 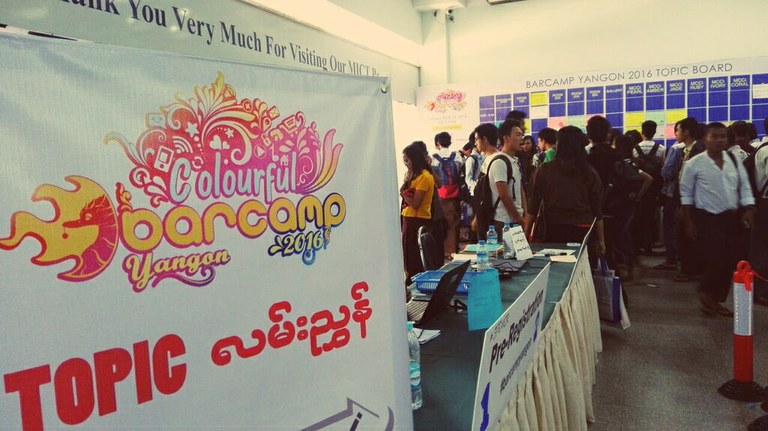 The BarCamps in Yangon have been huge successes, seeing thousands of participants every year. And this year, I took part in it as a speaker and participant.

On the first day, people came as early as 8am (an hour before the event started) to start sharing and learning from each other by embracing the freedom of knowledge. There were over 60 “colorful” topics at put up on the speaker board such as Start-Ups, Big Data, Web Development and even Magic! For the eager participants, it was a mind-boggling experience, as many of the sessions were happening at the same time. 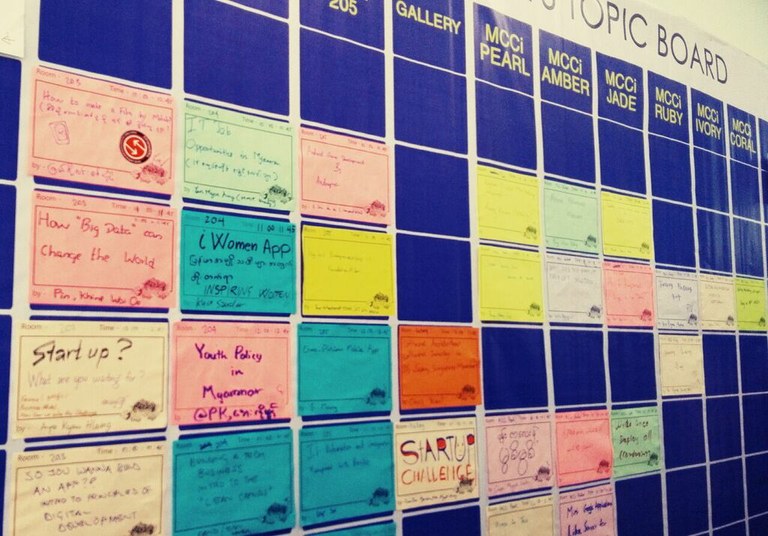 The topic I offered was ‘How to make films on mobile devices’, which is targeted for citizen journalists and youth who are interested in producing video content. My sessions on this topic are typically 45 minutes long, where I actively share information and experiences, screening some very short films, teaching practical skills and demonstrating the use of mobile video apps.

To fit the BarCamp model, I had to make the session shorter. I started by welcoming everyone to the room as a “creative space” and went through tips on mobile video making. There are two very useful apps I introduced, CameraV & Storymaker. 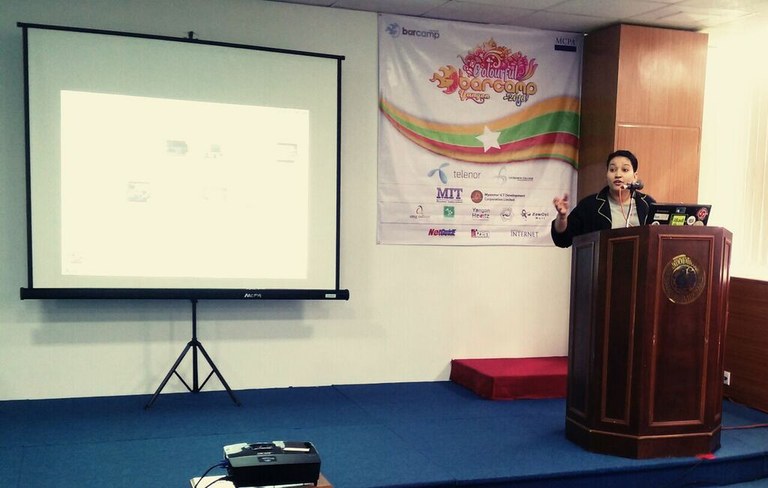 Several participants wanted to learn more about how to stabilize cameras and how to script/storyboard your mobile videos quickly. They were also themselves offering tips, opinions on the topic, and proposed an idea to start a mobile video filmmaking industry in Myanmar.

One keen participant said that, “We’d like to produce good mobile videos but we don’t know how to produce them step by step”. Her suggestion was that mobile videographers like myself need to share our skills on social media platforms. I hope that I can share my mobile video production tutorials in Burmese online in the near future. 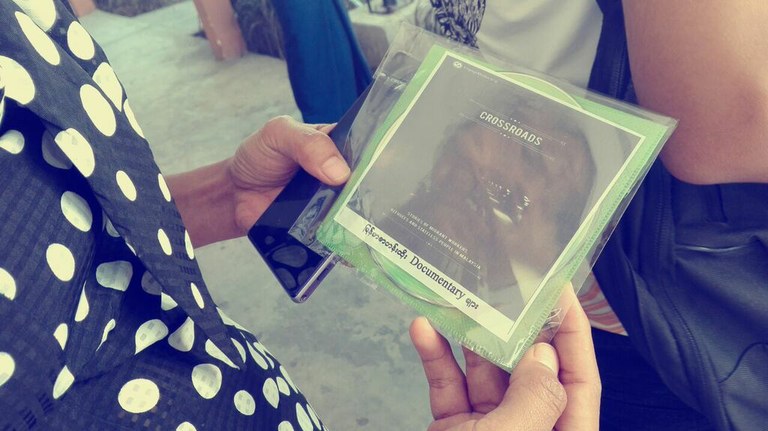 On the second day, I distributed Burmese-subtitled DVDs of EngageMedia‘s Crossroads and Papuan Voices advocacy video collections. One of the campers said, “I never thought I’d get these kinds of gifts at Barcamp. It’s really difficult to get documentary films from outside Myanmar with Burmese subtitles”.

I also spent some time participating as a Camper in other sessions, such as a discussion that was held on the Womens Rights app market. 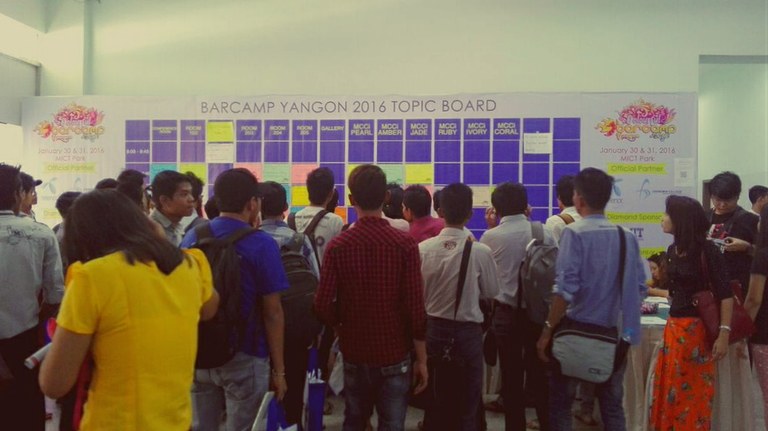 At the closing ceremony, the organizers and I discussed how to share our mobile video making tips in more detail at next camp, where we decided that I should run an even longer session and hopefully collaborate with other trainers as well.

Yangon BarCamp was filled with people from so many different backgrounds – the independent movers and shakers, the geeks, the youth and more. It was a great place to develop new relationships and have fun while learning. Congratulations to the Colorful BarCamp!