Asrida Elisabeth, an alumni of Papuan Voices, recently won the award for Best Documentary Film at Festival Film Dokumenter (FFD 2015) in Yogyakarta, Indonesia. This is EngageMedia's exclusive interview with her. 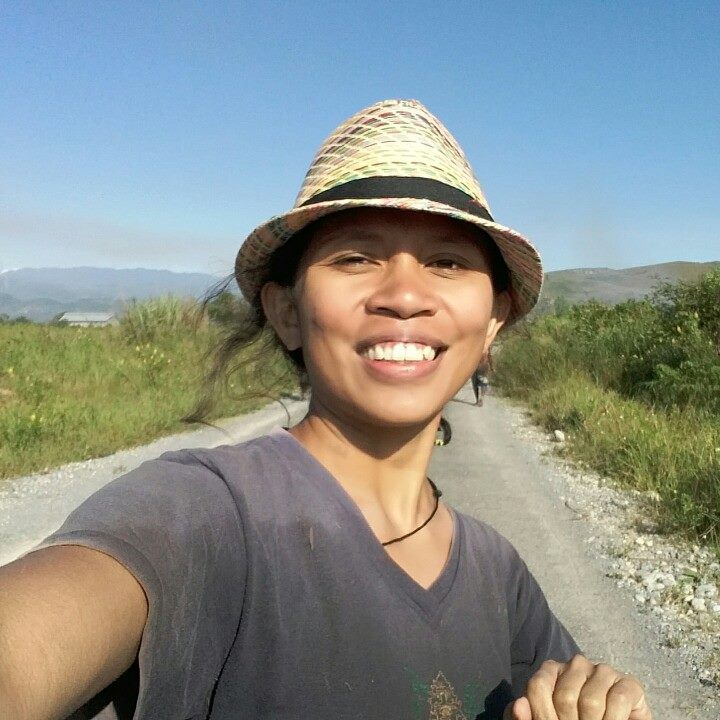 About: Asrida Elisabeth was born in Nanga Village, Manggarai Regency, East Nusa Tenggara. After graduating from the Department of Statistics, Faculty of Mathematics and Natural Sciences, Udayana University, Bali, Asrida went to Keerom, Papua in 2011.

EngageMedia (EM): Can you tell us a little about yourself?

Asrida Elisabeth (AE): My name is Asrida Elisabeth. I’m from Flores, East Nusa Tenggara Province, or NTT for short. Since 2011, I’ve worked in Papua with pastor Jhon Djonga as an assistant, to be exact. I was helping with activities outside the religious work and it just happened that the pastor was also an activist. We documented many social problems, visited and screened films at many villages in Wamena. So many times, we went to areas that were very remote and without electricity. During our visits to these areas, we usually brought films to screen. For the areas which didn’t have electricity, we carried gasoline for a generator. If there wasn’t a generator, we will carry one ourselves too from our place.

EM: What are your thoughts on the audio-visual medium as an advocacy tool?

AE: For me, video has the power to enable people to grasp messages transferred through images because video is audio-visual. When we travel around, we screen films in many areas. When we were traveling and screening films, we asked people to express their opinions after watching them. This experience, having seen the power of video, enabled me to know that with audio-visual mediums we can easily share messages, any kinds of messages we want to share with the audience, to society.

In the beginning, we played educational videos, and noticed how people were so interested in this media. This media facilitated people to gather around. If we play films in villages or churches, people easily gather. Then, we thought, all of these films were brought here from another location. How about if we were the ones making films about our own people, and watch them together? After we have watch the films we could discuss about our own lives. So if there are certain issues in society, we can make a film and discuss it.

Along the way, I made friends with people from Papuan Voices. Coincidentally, there was brother Frangky (FX Making). I met and learned from friends in EngageMedia. I first learned how to make films from them. Early on, I learned how to shoot, conduct a proper interview, camera positioning and so on. After that, I started to make my own videos that I sent to some film festivals. So I’ve had two videos produced independently. I then saw an announcement by Project Change. And at that time it was a theme on women and marginal communities. That issue was not alien to me since I worked a lot with women and marginal communities in my work. And so there were a lot of things I could say on this theme. After the selection process, they accepted my idea. Then, finally, we started to produce the film to be more complete.

EM: How have people reacted to advocacy films?

AE: I saw society respond in many different ways and express diverse opinions. Usually, from my own experience, when I did screenings in many communities in Papua, most of the films are stories from different places, stories about health, education, or other topics. People always reflected on these stories in relation to their own daily lives. Media helps people to open their eyes about their surrounding environment and look at problems that happen in it, that are related to the film that watch. So even though those films were brought from other places, when audiences tried expressing their opinions they really wanted to compare what’s on the film and the life of the people in their area, within their context.

EM: Could you tell us more about your film, ‘Tanah Mama’?

AE: I submitted the story of Tanah Mama to Project Change in 2013. Early on, I tried to show the daily lives of mama (the Papuan mothers) in the town of Wamena. As a matter a fact, I was working for one year in that area. I wanted to showcase my subject, Mama Halusina, who also has a role as a village midwife. She helped other mothers in many villages to give birth, and sometimes the location is quite far away. Because of the lack of infrastructure and geographical isolation, many women and children, can’t access the health facilities. Even in a situation where she needs to struggle for her own family, she still is trying to help other women. They are as poor as she is.

Well, about Mama Halusina… As we know, documentary film really depends on the situation of the character, who we want telling his/her story. Right in the middle of our research, Mama Halusina faced a problem. She was cast out of her village based on an accusation that she stole sweet potatoes that belonged to other people. So while my story was about a Mama who was a midwife, other things happened to my main character. I was quite disoriented about how to film this problem and I shared my struggle with my mentor (Ucu Agustin). They told me that this story (about mama Halusina’s conflicts) was also very interesting and doesn’t divert from the original idea. It was still in the same line, about how women in Wamena struggle to survive. Then we moved to the pictures production and at that time we did it faster than our schedule. So after that, we got this version of Tanah Mama, the one we just saw. 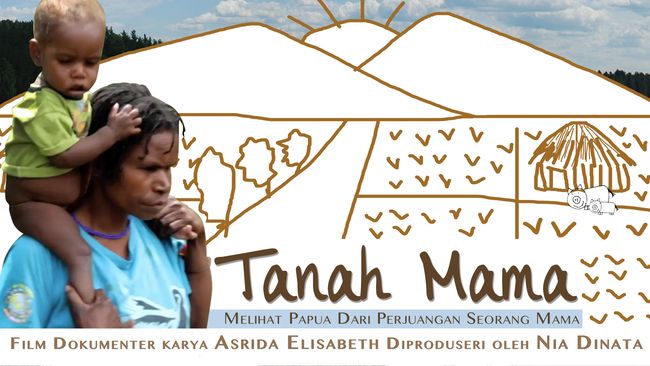 EM: What were the impressions of the audience after watching ‘Tanah Mama’?

AE: As usual, if we played it in front of activists, they would raise questions about what the government is doing in this area, what are the indigenous norms/laws on the roles of women, polygamy, women’s access to land and other issues. But when we screened it to the common people, based on what we experienced screening in Wamena, in Mama Halusina’s village or villages nearby, people saw this film and reflected on their own lives. So this story reminded them of their actual experiences.

EM: Why was the film withdrawn from the Melanesia Cultural Festival?

AE: Actually, long before this festival, I was well-aware about the discourse on this “Melindo”, Melanesia-Indonesia. It was a new word, created after President Jokowi took power. Before this, there was no talk about Melindo, or that in Indonesia there was a Melanesian identity. And I was informed about how Papuan activists were struggling overseas. They tried to get some degree of acknowledgement of their lobby in the pacific region on Papua’s fate. This lobby was quite strong and received good support from Melanesian nations who gathered as the Melanesian Spearhead Group (MSG).

The real reason behind why Papuan activists need to lobby Melanesian nations was about the struggle over thousands of human rights violations that happened on Papuan soil. These cases were never addressed or solved by Indonesia’s government. These violations are still happening and continue without settlement. So the Papuans need to have their voices heard somewhere else. And when they started to get a platform, the Indonesian government came up with Melanesian cultural politics. I assumed that my act to withdraw my film from this event was only a small step. I didn’t want to be part of this activity. I can’t let this Melindo use my film, as if I was supporting their ideas. Because since the beginning, many people have been asking about this Melindo event. As I’m also from NTT, these sort of activities clearly hurt the feelings of many people in Papua, where I’m working now.