Crossroads Screening with the Coalition of Burmese Ethnic Minorities

13 May Crossroads Screening with the Coalition of Burmese Ethnic Minorities 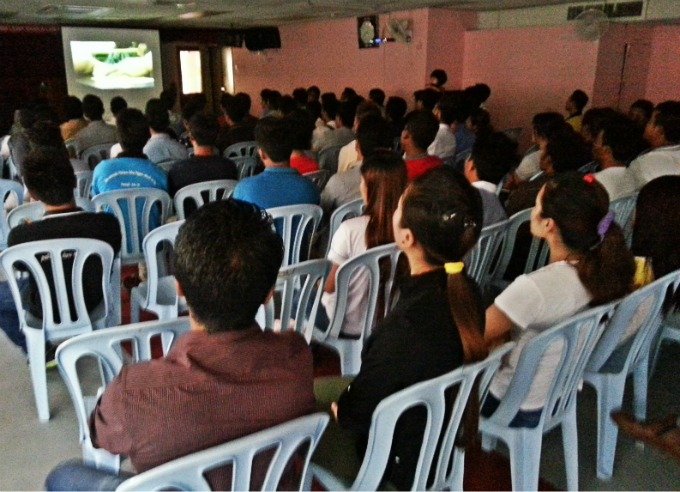 The latest screening of Crossroads, our video collection on migration was held in cooperation with the Coalition of Burmese Ethnic Minorities (COBEM) in a packed church hall of 50 migrants and refugees in Kuala Lumpur, Malaysia.

Three films were shared with the audience, two of which were produced by the Yangon Film School, and the other being ‘In Search of Shelter‘, which was co-produced by Wonna, a COBEM member and participant in the Crossroads training sessions.

Rachel, a representative from the migrant rights NGO Tenaganita, began the post-screening discussion by introducing her organisation and the work that it does, reassuring the group that they are not alone in their struggles as Tenaganita is always ready to help them. 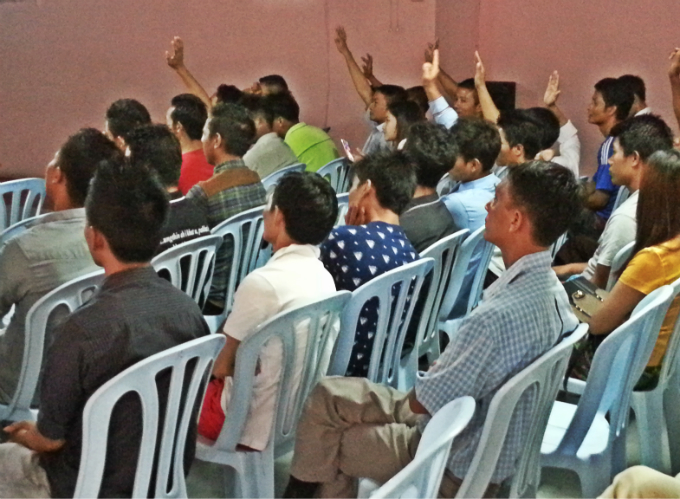 During the discussion, it was revealed that almost all (80-90%) of those present have had personal experiences being harassed by police or problems with permits and employers.

One member of the audience pointed out that even if they produce their UN Refugee Agency (UNHCR) card or supporting letter, there have been incidences where the document was just torn up by the police/authorities that had approached them. 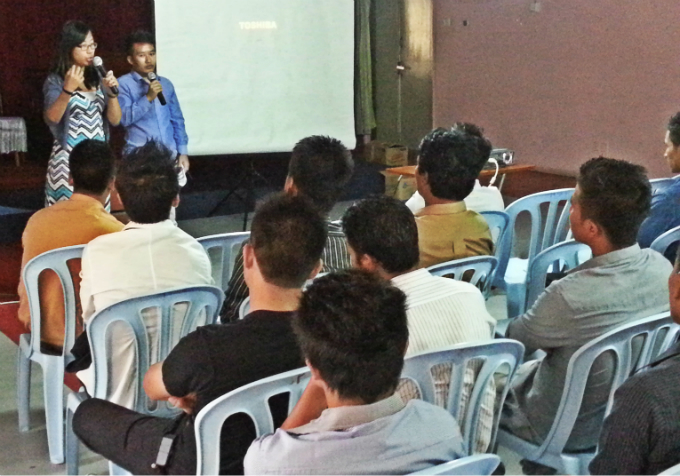 Rachel reminded them that they report and document all these cases to COBEM so that they can be taken up by Tenaganita to the proper authorities. She also acknowledged that the UNHCR office in Malaysia have since stopped processing UNHCR cards to refugees and that her organisation is closely following the matter for any new developments.

At the end of the event, we passed Crossroads DVD toolkits to COBEM and the community for further use and distribution. We remain very grateful to the organisation for their warm reception, and look forward to working with them again in near future.