Crossroads at the ASEAN Film Festival

A film from Crossroads, our video collection on migrant rights in Malaysia, was screened at the ASEAN Film Festival on the evening of 23 April 2015 as part of the ASEAN People’s Forum. 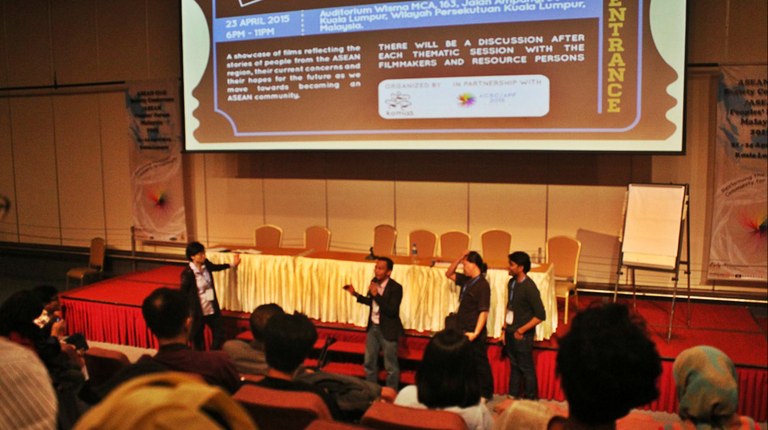 ‘Perangkap (Trap)‘, by Crossroads participant and migrant community activist Muhammad Mundir, tells the story of two women migrant workers do not have the necessary documentation to live and work in Malaysia. The women open up about how their illegal status is used by some errant members of the police force to demand sexual favours from them.

The film was shown during a segment on ‘Non-Discrimination & Equality’ to an audience of over 250 people. Filmmaker Mundir was present and spoke on the issue highlighted in the film, and how the cases of the women in it are just two out of hundreds that he and other migrant worker NGOs in Malaysia have come across.

Crossroads continues to be screened extensively in Malaysia and Indonesia in close-kint communities, classrooms, and other targeted audiences.