Why do the Feminist Principles of the Internet Matter? 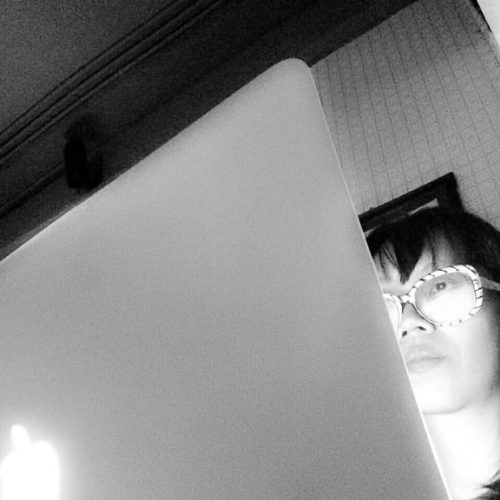 I was shocked and terrified when I received the above comment in reply to my Facebook status. And it didn’t stop there. The person also sent me a private message on Facebook threatening to rape me.

No, this was not a random person I befriended on Facebook. This was someone I had actually met in a couple of training sessions in real life. I knew this person, and this person knew me. If he intended to act on his threat, he could have easily done so. Thankfully, he didn’t, but that’s not the point.

The point is that his comment and message are representative of the misogynistic perspective that he (I am 100% sure) applies in his daily life. The harm done was the same, however, as his comment and threat made me feel fear, anxiety, and a certain sense of trauma.

And what led to his messages? Some women’s rights activists and I were organizing a “mini skirt action” as a protest to a government official who publicly blamed a victim of rape for wearing a mini skirt while taking public transport. The protest called on women to come wearing mini skirts or whatever they were comfortable with and tell the particular government official, other public figures, and society that women have the right to wear whatever we want. And posting that call to protest on my Facebook and Twitter accounts apparently made me someone who “deserved to be raped”.

Name calling, threats, and misogynistic comments online are the things that we, women and sexuality rights activists, have to face on a daily basis here in Indonesia. And I’m sure it also happens in many other parts of the world. People call these the consequences of being activists, be it offline or online. But why is it when it happens offline, there are legal procedures to deal with it, and when it happens online, we’re told to just sleep on it because there’s nothing we can do about it?

Yes, that’s what happened when that serious threat was made to me and I tried to find procedures to deal with it. I found none. Firstly, online violence is not considered as violence. And secondly, in the name of freedom of expression people have the right to say whatever they want (although that’s not the case when it comes to other issues such as politics and religion, where people can be arrested for views expressed online).

It got me thinking, that women and LGBTQI persons are considered as second class citizens even in the online world, which in the beginning was thought would be a space where there with no segregation and discrimination on the basis of social and political class, race, gender identity, and sexual orientations. Women and LGBTQI are not considered as agencies who have the capacity and rights to make our own decisions in regard to our own bodies, minds and lives in any of the spaces we live in.

As the Internet evolved and came to the digital era we are in today, we realize that it’s just the same as the “real” world. What people express online represents what people would express offline, only meaner because there’s an aspect of anonymity in it. What people think of women and LGBTQI remains the same. The root cause is the same, which in regards to gender and sexuality issues, is a misogynistic mindset. To make it even more complicated is the possibility that online violence can lead to offline violence and vice versa.

The example I’ve mentioned may seem to be only about online violence against women and LGBTQI. But in reality, the misogynistic perspective on the Internet stretches way further than just that, which includes, but is not limited to, unequal access to the internet (statistics show that there are 200 million more men who have access to the internet than women) which can lead to less opportunities to access information, education and economic freedom for women, control over the bodies and sexual lives of women, and a host of other safety and security issues.

How do we then deal with those issues? In the offline world, as women’s rights activists, we constantly formulate strategies for our work with the goal of dismantling patriarchy in order to end violence against women and create gender equality. So we need to extend the fight we engage in our movement and translate our offline strategies to be used online.

For this reason, the Association for Progressive Communications (APC) brought together 50 feminists from 30 countries and five continents in April 2014 to discuss these issues. The week-long meeting (which EngageMedia also participated in) was full of different perspectives, backgrounds, cultures and contexts that everyone brought in. After many agreements and disagreements, the attendees finally came up with what we call ‘The Feminist Principles of the Internet’, and here they are:

1. A feminist internet starts with and works towards empowering more women and queer persons – in all our diversities – to dismantle patriarchy. This includes universal, affordable, unfettered, unconditional and equal access to the internet.

2. A feminist internet is an extension, reflection and continuum of our movements and resistance in other spaces, public and private. Our agency lies in us deciding as individuals and collectives what aspects of our lives to politicize and/or publicize on the internet.

3. The internet is a transformative public and political space. It facilitates new forms of citizenship that enable individuals to claim, construct, and express our selves, genders, sexualities. This includes connecting across territories, demanding accountability and transparency, and significant opportunities for feminist movement-building.

4. Violence online and tech-related violence are part of the continuum of gender-based violence. The misogynistic attacks, threats, intimidation, and policing experienced by women and queers LGBTQI people is are real, harmful, and alarming. It is our collective responsibility as different internet stakeholders to prevent, respond to, and resist this violence.

5. There is a need to resist the religious right, along with other extremist forces, and the state, in monopolizing their claim over morality in silencing feminist voices at national and international levels. We must claim the power of the internet to amplify alternative and diverse narratives of women’s lived realities.

6. As feminist activists, we believe in challenging the patriarchal spaces that currently control the internet and putting more feminists and queers LGBTQI people at the decision-making tables. We believe in democratizing the legislation and regulation of the internet as well as diffusing ownership and power of global and local networks.

7. Feminist interrogation of the neoliberal capitalist logic that drives the internet is critical to destabilize, dismantle, and create alternative forms of economic power that are grounded on principles of the collective, solidarity, and openness.

8. As feminist activists, we are politically committed to creating and experimenting with technology utilizing open source tools and platforms. Promoting, disseminating, and sharing knowledge about the use of such tools is central to our praxis.

9. The internet’s role in enabling access to critical information – including on health, pleasure, and risks – to communities, cultural expression, and conversation is essential, and must be supported and protected.

10. Surveillance by default is the tool of patriarchy to control and restrict rights both online and offline. The right to privacy and to exercise full control over our own data is a critical principle for a safer, open internet for all. Equal attention needs to be paid to surveillance practices by individuals against each other, as well as the private sector and non-state actors, in addition to the state.

11. Everyone has the right to be forgotten on the internet. This includes being able to access all our personal data and information online, and to be able to exercise control over, including knowing who has access to them and under what conditions, and being able to delete them forever. However, this right needs to be balanced against the right to access public information, transparency and accountability.

12. It is our inalienable right to choose, express, and experiment with our diverse sexualities on the internet. Anonymity enables this.

13. We strongly object to the efforts of state and non-state actors to control, regulate and restrict the sexual lives of consenting people and how this is expressed and practiced on the internet. We recognize this as part of the larger political project of moral policing, censorship and hierarchization of citizenship and rights.

14. We recognize our role as feminists and internet rights advocates in securing a safe, healthy, and informative internet for children and young people. This includes promoting digital and social safety practices. At the same time, we acknowledge children’s rights to healthy development, which includes access to positive information about sexuality at critical times in their development. We believe in including the voices and experiences of young people in the decisions made about harmful content.

15. We recognize that the issue of pornography online is a human rights and labor issue, and has to do with agency, consent, autonomy and choice. We reject simple causal linkages made between consumption of pornographic content and violence against women. We also reject the umbrella term of pornographic content labeled to any sexuality content such as educational material, SOGIE (sexual orientation, gender identity and expression) content, and expression related to women’s sexuality.

Why do the principles matter?

One can argue that we should not be online if we don’t want to also accept the consequences, such as its inequality and misogynistic nature. But we can answer that with a question: Why are human rights principles so important in the offline world and then become so unimportant in the online world?

In the Internet era, online life cannot be separated from offline life. It has almost become a basic human necessity, even more so when the offline space cannot provide, as far as information and education goes, for example.

We need the Internet, but not the Internet that we have today. We need an Internet that values our online life as much as we value our offline life, with dignity, respect towards others, and equal rights for all. Having said that, instead of not simply using the internet, we need to fight for our rights online, just as we fight for our rights in life instead of simply stopping to live, right?

The set of principles is for us to do just that. Fighting for women’s and sexuality rights on the Internet to contribute to the global movement to dismantle the patriarchal system in all the spaces we live in, and to bring about the changes in perspectives that we want to see. This is why the Feminist Principles of the Internet matter.

The Feminist Principles of the Internet is of course not a bible nor is it a fixed document that will govern our online life. As any set of principles, they can evolve according to the development of circumstances. It is a guide for us to use in accordance to our own contexts. It is a joint effort in our continued struggle.