Video4Change Indonesia Gathering: What is Impact? 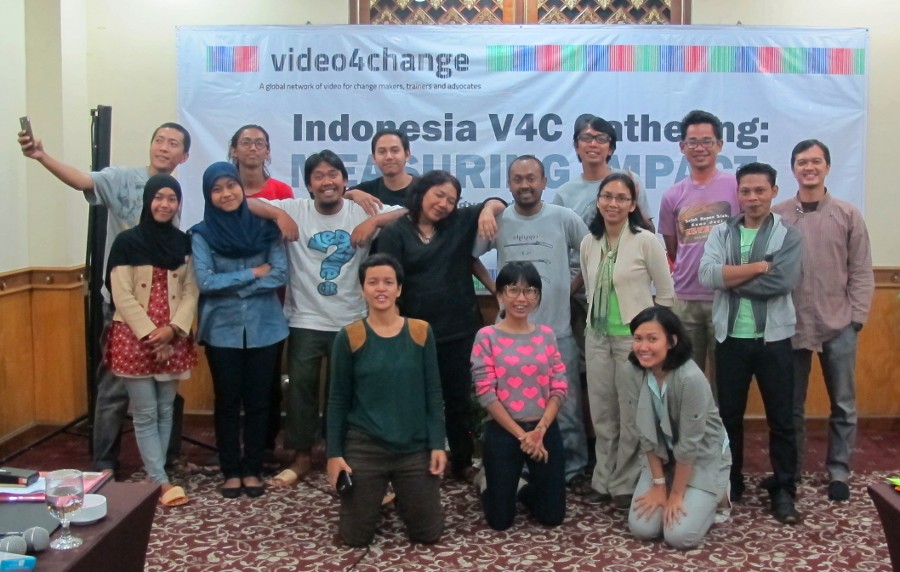 The major focus of the gathering was to discuss the impact of videos made for social change. As such, we looked at impact indicators, assessments, and various new ideas.

When analysing video and social change we need to be very specific and look deep into the relationship between the creator/s and the subject, or, the target audience. That was one of the main lessons that was discussed with participants at the Video4Change gathering in Yogyakarta.

For example the kotakhitam initiative in Yogyakarta targets historians and school teachers to promote videos with counter-narratives on the anti-Communist massacre that happened in Indonesia following a military coup in 1965. They aim to provide materials and information for discussion using video as a tool. One of its co-founders Kartika Pratiwi said: “For us, social change means a change in education and curriculum”.

Similarly, the Sangkanparan youth learning centre has a specific approach to “social change”. Targeting young people, high school students in particular, the organisation uses “participatory video” to raise awareness about a particular issue among the participants through the process of their workshops. So, for Sangkanparan, social change means a change in their participants, in the way they see their surrounding environment.

An example of this is a video by Yuni called ‘Kampung Tudung‘, which won an award for Best Film in the student category at Film Festival Dokumenter 2013. Yuni took her village as a material for her film and focused on its famous tradition of bamboo hat production. This affected and changed the way she saw her home and its surroundings.

In summary, what we call “social change” had a very different meaning for the groups and communities involved in the video production process. What we did agree upon, however, is on the characteristics and tools to measure social change. What was the kind of change, and at how many levels did it occur? We’ll go deeper into this topic in the next part of this article.