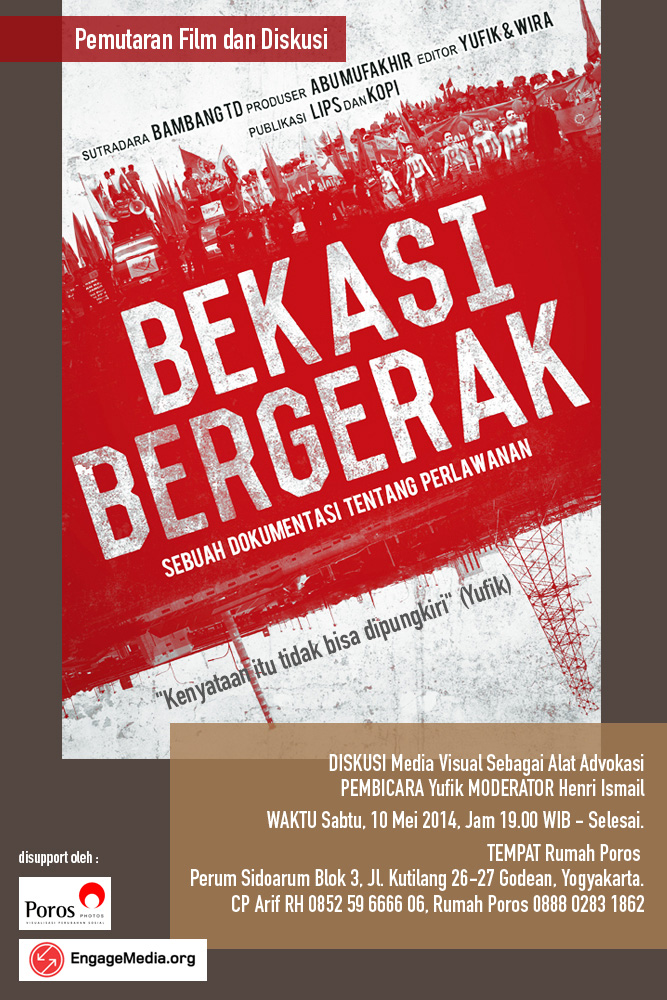 In the spirit of International Labor Day, Poros Photos and EngageMedia present a screening of ‘Bekasi Bergerak’, a documentary film that highlights the resistance actions of oppressed workers in Bekasi, West Java.

After the overthrow of the New Order regime, worker unions rediscovered their mobilization capacity — From the mass actions that took place in the factories demanding basic wages and rights, to the mass actions in the streets undertaken by various trade unions such as the closure of highways or industrial areas.

Mass action by trade unions is the continuation of attempts to reclaim the streets as an alternative political space, to resist the authorities, expand the spaces for political participation and democratization, especially when we are dealing with a formal political space (a formal democratic-elected government) that is not working for the benefit of its people.

This screening will be accompanied by a discussion on ‘Visual Media for Advocacy’ with speaker Yufik (creator of Bekasi Bergerak) and Henri Ismail (Rumah Poros) as a moderator.