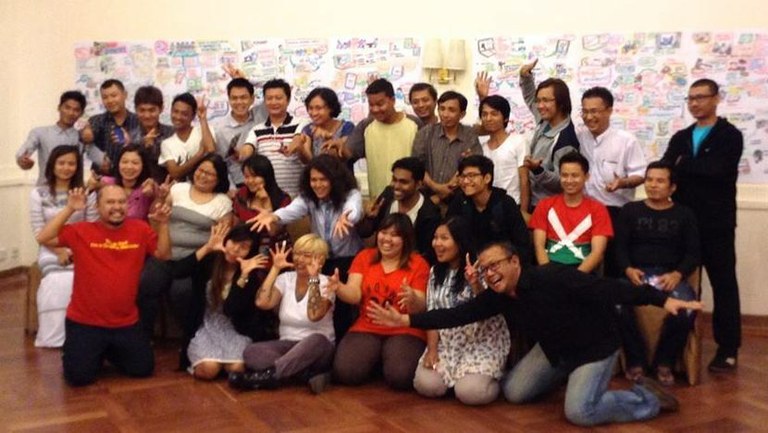 Over 25-27 August in Yangon, Myanmar, EngageMedia partnered with the Southeast Asia Technology and Transparency Initiative (SEATTI) and the Myanmar ICT for Development Organization (MIDO) to conduct an Open Government Training on technology, transparency, and accountability.

The 20 participants came from a wide range of Myanmar organisations working on issues including open-source technology, transparency, land rights, and women’s rights. Everyone participated actively in the “unconference” sessions that were held according to an agenda built by attendees themselves, based on what they would like to learn and share. 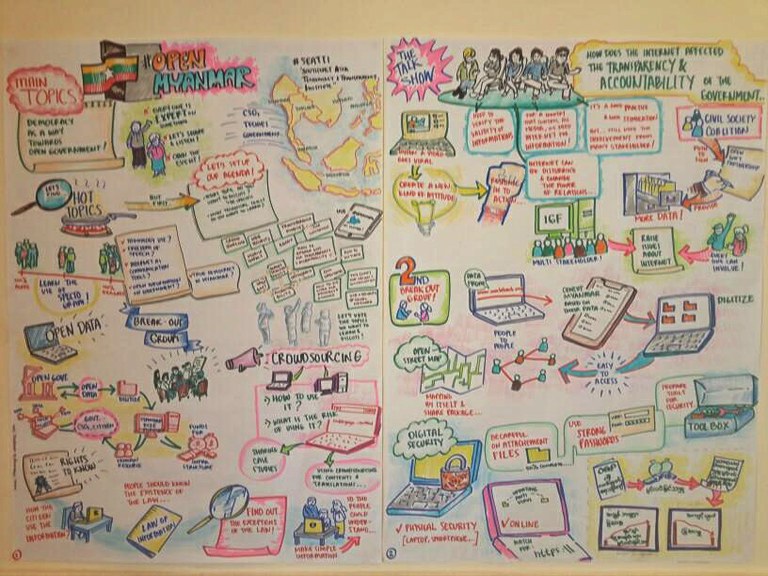 Some of the topics covered in discussions and skill-sharing sessions included the principles of Open Government and Data, Digital Security, Citizen Engagement, Video Advocacy, Free and Open-Source Tools, and Data Analysis/Visualization. Everything was of course creatively and colourfully documented by an in-house graphic recorder. 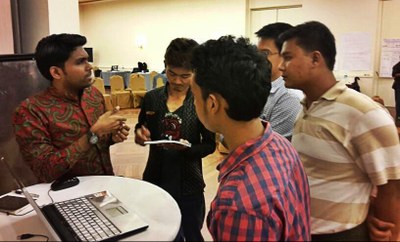 One of the largest discussions that took place was around the Open Government Partnership which the Myanmar government hopes to be a member of, and the impact it would have on civic participation. A concrete outcome from the workshop is that some of the organisations present are going to hold a follow-up meeting on the OGP in October.

We were proud to be part of this groundbreaking initiative in Myanmar and hope to work together with SEATTI and MIDO to conduct more similar events in the near future.