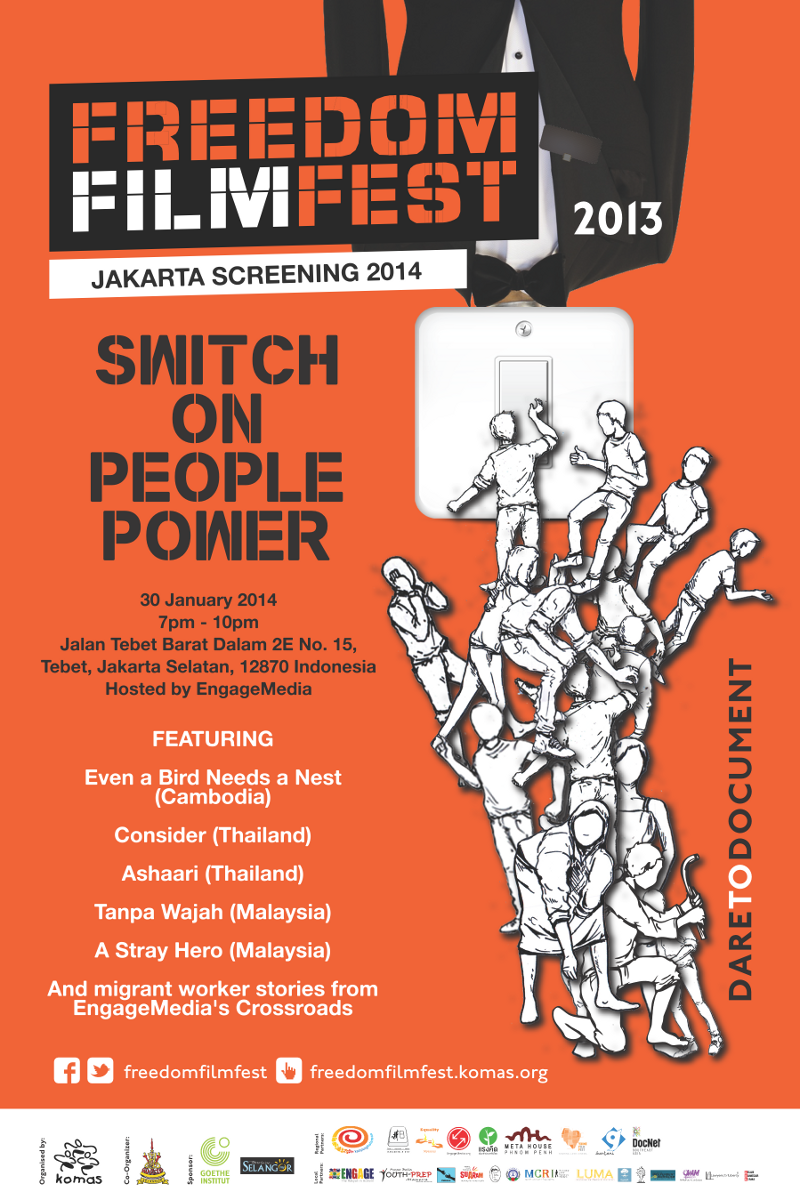 Even a Birds Needs a Nest (Cambodia)
Tep Vanny leads a group of daring women to protest and fight against those who are forcefully evicting people and demolishing their homes.

Ashaari (Thailand)
Ashaari died in custody after being detained for one night in the conflict zone of South Thailand. This film follows his mum’s struggles after the tragedy.

Tanpa Wajah (Malaysia)
Ordinary women doing extraordinary things to improve their lives and community for a better future for their children.

Consider (Thailand)
Chirawatr (Tae) has been slapped by his principal, humiliated in front of his peers, and driven to suicide, because “Tae is Kathoey (transgender).” Fortunately, a doctor managed to save him from a paracetamol overdose.

A Stray Hero (Malaysia)
Pak Mie, has dedicated his life to rescuing stray dogs and cats, despite living in a country where dogs are considered taboo, filthy and un-Islamic.

More information about this event…