We interview Yusfik, producer of 'Bekasi Bergerak', a film on the Indonesian workers resistance movement. 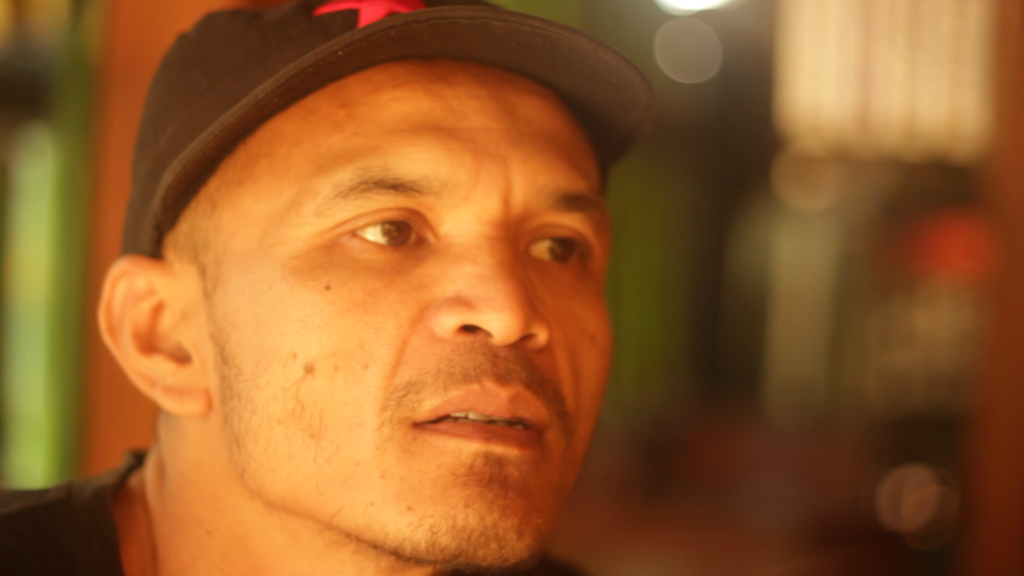 Yusfik is currently active with the Intertextual film community or KOPI in Bandung. He is also working as a volunteer in the mountainous area of Salak-Halimun in West Java to build a school and set up a farmers union.

EngageMedia (EM): Why did you choose to work with video and what first attracted you to it?

Yuslan Fikriasari (YF): For me, video technology was a revolution at that time. I wasn’t used to writing. I love to tell stories, orally. In my time, the New Order regime only allowed one TV channel. So when I visited villages and remote areas, I frequently heard stories that were never heard by people from big cities or seen by them. So when I started, I wanted for these stories to also make their way to the audiences in the cities. With video, this task can be accomplished. So the gap that once existed can disappear.

EM: What kind of themes do you work with?

YF: At first I was dealing with history. What kind of place was I in right now? How can I get to know my place better? I pursued this from cultural artifacts, traditional rituals that still exist in West Java. After Reformation in 1998, I had seen many demonstrations. In West Java, the farmers began to conduct demonstrations in cities. I began to follow them to the villages, I saw things there and realized maybe this is what reality is. That was when I started to film farmers and their activities, and issues around agrarian reform in many different areas in Java.

EM: What kinds of communities have you have been dealing with?

YF: I’ve ever worked in a farmers union, on the issue against mining companies and food estates in Merauke, West Papua. And just a while ago, i finished filming Bekasi Bergerak, a video about workers unions in the industrial city of Bekasi, West Java. especially from 2011 to 2012 when the frequency of the workers struggle and strikes increased sharply. I choose to support organizations or movements and add video work to help with their campaigning materials. I also use my video as a tool for educating young farmers or workers. Unions sometimes use my videos as tools to evaluate their campaigns or activities.

EM: How do you find video distribution these days, has it become easier?

YF: For me, it’s more dependent on the aim set by the videomaker. There are already so many different tools and ways to distribute your work. And videomakers have to choose between these, also they must consider those outlets and their consequences.

If you know of any interesting filmmakers around Asia Pacific that you’d like to see featured on EngageMedia.org, write to us today!