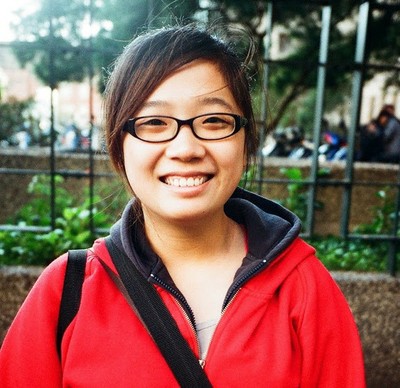 About: Civil Media@Taiwan has been established since 2007 as a part of the Taiwan e-Learning and Digital Archives Program (TELDAP) which is run by the government department Ministry of Science and Technology of the Republic of China (MOST). During its history, Civil Media@Taiwan has identified itself as an alternative and partly radical medium and produced a few thousand videos reporting issues of social movements in Taiwan.

Yang Chuan Ju (YCJ): I graduated from the Department of Radio, TV and Film at Shih Hsin University and specialized in radio. During my college life, I was inspired by the movement of saving the Lo-Sheng Sanatorium and hosting a radio show. Due to my concern about social movements, I took a class by professor Chung-Hsiang Kuang. I began to work on the project of’ building Civilmedia@Taiwan during the Taiwan e-Learning & Digital Archives Program in 2007. I started filming social movements in Civilmedia in 2008 and I was a photographer until the project ended in July 2012. Now Civilmedia has become an aggregate corporation and keeps filming social movements.

YCJ: “The news of today is the history of tomorrow”. Civilmedia uses film to record social movements, then uploading and spreading through the Internet. And we founded a database so people can search and watch those films online. We use Creative Commons, therefore people can use them for nonprofit purposes and increase the visibility of a subject. Unlike the mainstream media, it’s hard for us to get the original image which we can use. The films of Civilmedia are for the public, which makes me think that what I’m doing is meaningful.

EM: What are the challenges for you working in Taiwan?

YCJ: The challenge is that most people and government officials are unfamiliar to alternative media. It becomes a barrier when we want to interview. One of the difficulties we face is that we have to prove our legitimacy. The biggest difficulty is that the police usually interfere in our work and even stop our filming in many social movement events.

EM: We recently featured your video, ‘Occupy Taiwan Parliament’. What is the background to this story and can you give us an update on that issue?

YCJ: The Cross-Strait Service Trade Agreement (CSSTA) is a treaty between mainland China and Taiwan which was signed in June 2013 to liberalize trade in services between the two economies but is currently not ratified by the Taiwanese legislature. Under the terms of the treaty, service industries such as banking, healthcare, tourism, film, telecommunications, and publishing would be opened to investment and businessmen would be able to obtain indefinitely renewable visas for the other territories. It would become easier for businesses to set up offices and branches in other territories and for large stakes in businesses to be sold to other investors.

In March 2014, the Sunflower Student Movement began. The movement opposed the CSSTA, protesting the agreement on the grounds that the Kuomintang (KMT) leadership in Taiwan negotiated and attempted ratification through undemocratic processes.

After the Sunflower Student Movement, some people set up a social movement called Taiwan March. In addition to achieving their demands on the CSSTA, Taiwan March also put lots of effort into modifying the referendum law in Taiwan. As for other citizens in Taiwan, they still continue campaigning for other social issues and want to make their own movements different after they were inspired by the spirit of the Sunflower Student Movement.

I was among several hundreds of students and protesters who occupied the Taiwanese parliament building. We were there to protest against the legislative ambush by the ruling nationalist party, which passed the Service trade agreement with China in a joint committee meeting. This agreement is expected to cast huge impacts on the lives of ordinary people, including considerable job losses or worsened working conditions in several industries. It is also feared that the agreement would pave ways by which China could increase its dominance in Taiwan’s economy and even politics.

The process of developing this agreement has been criticized for the lack of transparency and participation by those affected and has caused great concern in Taiwan. In the last round of cross-party negotiations, it was agreed that it should be debated and voted item by item in the parliament. However, the Nationalist Party broke this promise, passing the agreement with some unimaginable legislative tactics. The violation of democratic values caused mass outrage.

EM: Tell us about your favourite video among those you have made in regards to social justice or the environment.

YCJ: My favourite video is ‘Dapu Case‘, which is about an inappropriate land expropriation. The government of Miaoli secretly tore down people’s houses, and caused the occupation of the Ministry of the Interior. Two months after the tearing down, the host Sen-Wen Chang drowned accidentally. This video was filmed four years ago at a local protest, and interviewed Jen-Hung Liu who is the head of the Miaoli government.

EM: How do you think online distribution is changing the field of independent video making and how do you use online tools in your work?

YCJ: We have an official website, but few people visit the website directly. Using Facebook as a medium can help distribution, however it relatively limits our target audience. Our video only shows to a specific audience due to the algorithm. We also cooperate with the mainstream media website, Apple Daily, therefore our video can appear in the mainstream media to approach more different targets.