We talked to Alia Damaihati, board member of Film Festival Dokumenter (FFD) about their experiences and challenges. 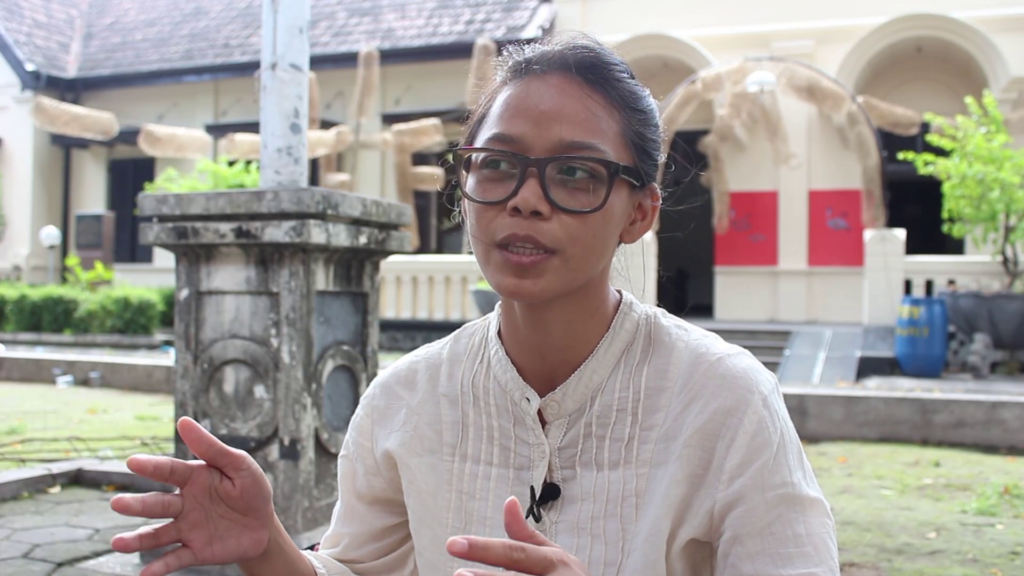 EngageMedia (EM): Can you explain what FFD is? What is its story?

EM: Who is your target audience? What’s the difference between FFD and other film festivals?

AD: Our aims are simple enough. We want to have a meeting point for the creators of films and their audience. In the past 10 years, our experience has been to introduce the documentary film as a medium to tell the stories they want to cover.

Why would we be different from others? In my opinion, we are not so different from other film festivals. It’s quite the same everywhere. The essential thing is how to create a place so that two elements can meet, films and the audience. FFD could be different in a sense because each festival has a different character. FFD is positioning itself and chose a character that maybe looks independent with its choices, with not many compromises, especially with things that are against our ideology.

EM: How do you respond to critics?p

AD: We treat responses as critiques, and we understand them as things that can develop our festival further. There are many responses that exist, some did change us, not until changing the core programme, but changing how we do many technical things or how we can organize the festival much better to facilitate discussion about content.

EM: How about funds? Where do you get your money? Is it by donation?

AD: We never reject any donations, whether it’s a donation from an individual or a government body. For us, it’s a matter of how they present this donation to us. The kinds of people that give donations and enforce things, and make rules and terms about donations… we can’t accept this. We prefer that these donations can support the programmes running along with other programmes that were already created by FFD. One programme that we would consider already established is the competition because there are many people that have been supporting this program, and nurturing it. So it’s continuing to exist and run according to the path that’s been made by us.

We also get funds from partnering with others. In terms of donations, it doesn’t necessarily mean money, but how to balance the budgets with collaboration. We want to develop a master class programme because we think this is something that’s quite important and needs to exist. And better to exist.

EM: What do you consider a challenge?

AD: How to encourage filmmakers, beginners especially, in technical, content, and research aspects. That is our dream, and within the festival community itself, how to organize our archives much better. Another challenge is from films that we got from the festival. This matter is really related to how short the festival duration was in terms of days. From 2006, we’ve gotten like 70 films from each festival year. So that 70 multiplied by how many years we’ve done this, we’ll get a great number of films. The festival lasts only a week or five days and it’s not enough to accommodate all the films that came through.

So in a way what we mean by organizing our archives is more about finding a way to show films that couldn’t get screened. It’s an ode for participation. So we’re currently working with other organizations to get these films screened monthly or regularly in their own communities This has been going on in Yogyakarta, Solo, and Magelang. So this program is more like a form of indirect distribution to get audiences to see the films.

EM: So what’s the next event we should look out for?

AD: To travel around and screen. We have traveled and organized archives and we’re still wanting to find a way to make these films available online.

If you know of any interesting filmmakers around Asia Pacific that you’d like to see featured on EngageMedia.org, write to us today!