Chairun Nissa speaks to us on being a woman and a filmmaker. 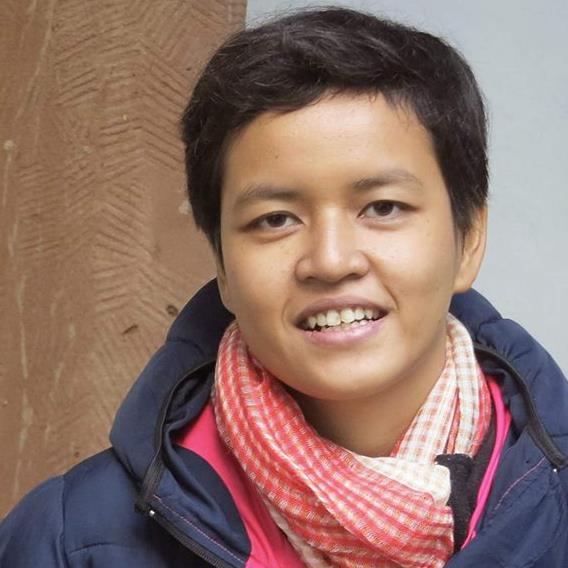 About: Chairun Nissa, more fondly known as Ilun, graduated with a degree in film-directing from Jakarta Arts Institute in 2009. Her career began in 2010 with a short movie "Purnama di Pesisir" ("The Full Moon on the Coastline) which received Special Jury Mention at the 9th Rome Independent Film Festival and Rotterdam International Film Festival. In 2011, she produced a documentary titled "Payung Hitam" ("Black Umbrella") which was featured in the 15th Flying Broom International Women's Film Festival (Turkey).

EngageMedia (EM): Tell us about yourself as a filmmaker.

Chairun Nissa (CN): People usually call me Ilun. In 2009, I graduated from the Jakarta Art Institute with a major in Film Direction. I began making documentary films around 2011, but my usual style is actually fiction. I now try to combine documentary and fiction styles into something called creative documentary.

EM: Why did you decide to work with film?

CN: Because I’ve been a dreamer since I was a little girl. I don’t want to place limits on my life. That’s also something I learnt from films; how stories about imagination, dreams, and biographies can provide motivation in life. Film is life itself because films tell the stories about human and their nature.

EM: What made you decide to make films on social issues? Did it happen in the moment, or was it a process?

CN: In 2011, I was making a film called “Black Umbrella”, about women and human rights issues. The process of making this film was very challenging, especially when we had to enter a militarized zone and had to hide the camera.

In 2012, I made a documentary about environmental destruction from the biggest printing company in Indonesia, where I had to conduct an investigation into the transparency of the company. Films can become universal media and accessible to people from different walks of life. Films can change the consciousness of people.

EM: As a woman and a filmmaker, what are the challenges in your work? Are there any limitations such as laws or norms?

CN: Of course women are not dominant in this industry. But there are some opportunities and we feel challenged to show our potential. For me, it is always different when women take charge of film making. Women directors always come up with different and nuanced angles. They are also keener to explore women issues, things that are often left out of the frame.

As for limitations, it’s usually when women get married and give birth. She usually stops making films after that and becomes more focused on nurturing her family for a good while.

EM: Could you describe your view on the situation of women in the world today and what kind of contribution film can make?

CN: I don’t think women should replace the positions of men but rather become creative partners. Films involve everyone and I don’t want to limit the way stories are told. Currently, I’m quite interested in seeing the perspective of men regarding gender issues. It is very important to bridge the gap in perspective between men and women because gender issues are not only women issues. It should also concern men.

EM: Tell us about your favorite film that you have made?

CN: I would pick ‘Dance of the Night’, a documentary about a dancer family from Padang, West Sumatra, that has been in the business for 30 years. This family also survived the 2009 earthquake. The choreographer is a husband and a father. The dancers are four of his children and his wife. This film shows how they collaborate and become one body without imbalance and give life to one another. ‘Dance of the Night’ is the title of their dance depicting their survival from the earthquake and coping with the trauma in the aftermath. It is a monumental dance and has been performed all over the world.

EM: How do you think online distribution is changing the field of independent film making? How do you use online tools in your work?

CN: Of course social media is more familiar with movie audiences now. With information from such portals, they can get more options to choose from, even among non-mainstream films. People are also exploring how to sell films online as it is more efficient and cheaper.

I use online tools to update my editing software and my camera’s operating system. The online world has also changed the way film festival distribution works. Most of them use online registration, for instance, and our films can be uploaded to a designated film/video sharing platform such as Vimeo for the festival committee to download. That way our films can be featured in international film festivals.