JL Burgos shares with us his journey, process, and views as a video activist from the Philippines. 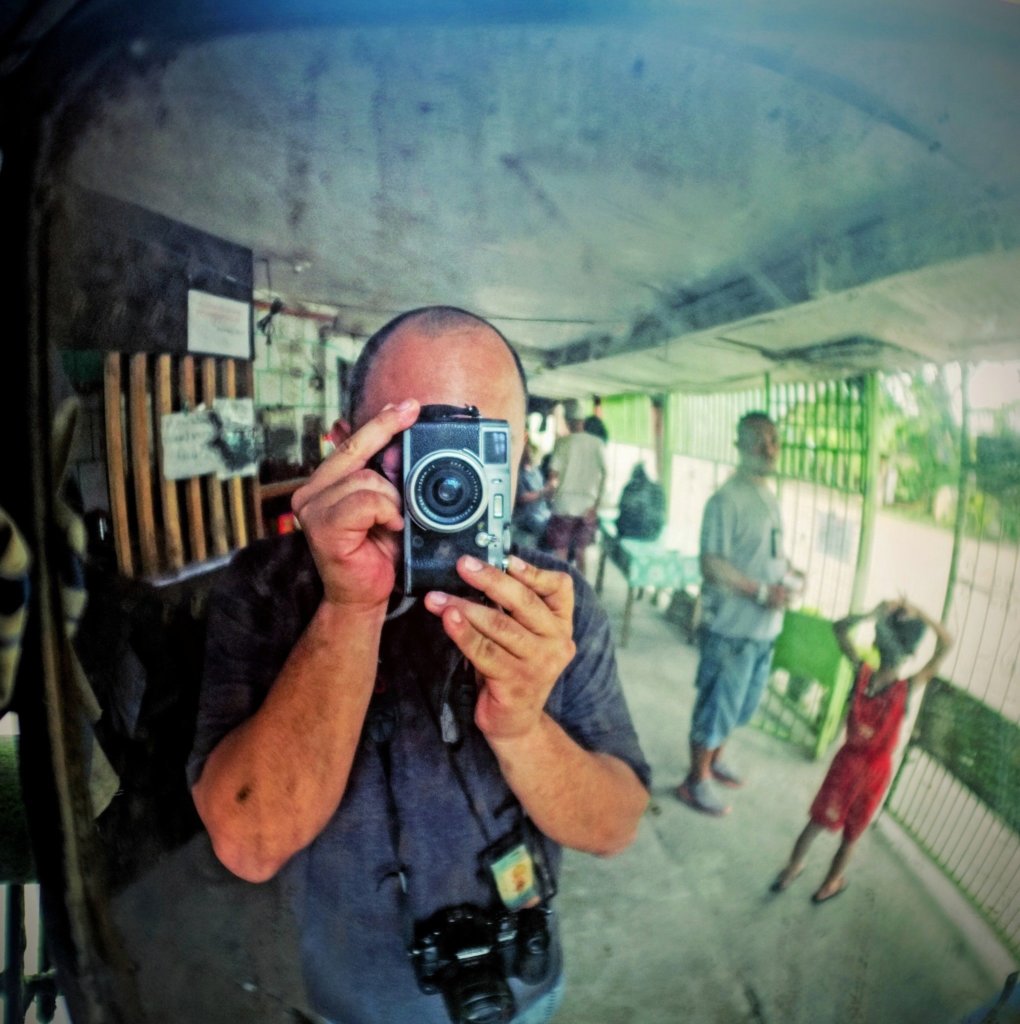 About: JL Burgos is an independent filmmaker and visual artist based in the Philippines. Burgos unfortunately lost his brother to state terrorism. Jonas Burgos, a farmer/activist, was abducted in broad daylight in 2007. Burgos uses his creativity and campaigns to keep the memories of the disappeared alive hoping that people will join him in search for justice.

JLB: I was a visual artist before I was introduced to video-making, so appreciating moving images or putting images into motion was automatic for me. More than a decade ago, a very good friend of mine made it possible for me to appreciate video-making and he also taught me how to edit videos. Since then, telling stories through motion images has become a passion.

EM: What radicalised you as a filmmaker? Did it happen at the moment, or was it a process?

JLB: I became a filmmaker not by choice but by chance. I participated in many street demonstrations and protests to fight against injustices and to give a voice to the voiceless, but without a medium like video I couldn’t explain a lot of the incidents because I am not a good writer. I created a blog and updated it frequently from the scene where marginalised people were being bullied. I also took photos and videos using my mobile phone. Later, I attended the Citizen Journalism training by the International Centre for Journalists (ICFJ) and progressed from there.

But I guess it started in my family. My father was a pioneer of the alternative press during the dark years of martial law in the Philippines. I’ve always been exposed to the issues confronting society, and when I was in college I became engaged with social issues. I joined a progressive artists’ group. We used art as a medium for social commentary. The family and the artists’ organisation laid the foundation of my social consciousness. But what really pushed me to human rights storytelling was the abduction of my activist brother by the Philippine state forces.

My brother, Jonas Burgos, was abducted from a busy mall while eating lunch. He is still missing to this date. The enforced disappearance of my brother triggered the need for me to film the human rights situation in the Philippines, primarily to raise awareness that such violations still happen in our country.

EM: As a videomaker, what are the challenges of working in the Philippines? What are the restrictive laws?

JLB: We have a review and classification board of films called Movie and Television Review and Classification Board (MTRCB). The law that created the board was made during the term of the late dictator Ferdinand Marcos when it was intended to protect the image of the “true, the good and the beautiful” from the dictator’s perspective. That law is still in effect more than two decades later.

In 2007 filmmakers organised a compilation of Public Service Announcements (PSA) called Rights. As the name suggests, Rights was a compilation of human rights-related PSAs aimed at improving awareness and changing public attitudes on rights. We wanted them shown in public theatres, so we had to comply with MTRCB’s requirement to submit the compilation for their screening process. Eventually, the MTRCB gave us an X rating, which meant we were not suitable for public viewing. Let me quote the MTRCB’s decision: “Scenes in this film are presented unfairly, one-sided and undermines the faith and confidence of the government and duly constituted authorities for public exhibition.” One scene, in particular, was a torture scene, where military men were acting against an activist with a poster of then-president Gloria Macapagal Arroyo. We challenged the decision and we were later given a PG 13 rating.

I think the law that created the MTRCB should be repealed. Freedom of expression and speech is the foundation of a democratic society. Strip society of this freedom and it would decay. In 2013 the Cybercrime Prevention Act was also passed and it has been criticised and rejected by the online community. This law penalises libellous posts, comments or any online content, which obviously has an impact on free speech. The vague definition of online libel puts critics, journalists, critical filmmakers who distribute their films online, and audiences who support such materials through likes and comments, in a dangerous position. The right of the people to know the truth and to have free speech is curtailed. Various groups have filed petitions against the law. Although the Philippine Supreme Court has yet to decide on the merits of the case, the law is already being enforced.  It is a good thing that Filipino netizens continue to be vigilantly guarding their cyber rights.

EM: Could you describe, your view on Southeast Asia’s political situation, what’s happening in Mindanao and how are filmmakers responding to it?

Only a number of films have tackled the underlying issues in Mindanao. Commercial film producers usually avoid politically-oriented films, so there is a need for alternative distribution of these films and that’s where online distribution comes in as a dependable friend for independent filmmakers.

EM: What are the main issues you address in your video work? We’re familiar with Ang Kaso (The Case), can you tell us more about this video and is there any recent development on this issue?

JLB: More often than not,  I do politically charged films that tackle human rights, social justice and peoples’ movements, among others. I’ve always believed that each person has a responsibility to his/her society and it’s the same for artists and filmmakers.

The United States intervention in the Philippine state remains paramount as an issue. The Philippines is seen as a market for first world countries, hence the neo-liberal policies made by the Philippine government. We are also geographically strategic in the Southeast Asian region, so even if the US military no longer has bases, they are still present and transient in the guise of military exercises through the Visiting Forces Agreement. Their mobility is even wider, in fact, and they are harder to pin down in cases of criminal liabilities.

There was a case that became a national issue a few years ago when a US military man was charged with raping a Filipina. The US military man was later convicted of raping the girl by a Regional Trial Court (RTC). The convicted US serviceman challenged the RTC decision in the Supreme Court of the Philippines, but before the Supreme Court had decided on the case, the victim was compelled to withdraw her rape complaint. Throughout the time that the American serviceman was on trial, he never experienced a single day or even a minute in jail. The concept of Ang Kaso (The case) came from that particular case.

Recently, the US military has set its sights on the Asia Pacific. The military pivot of the United States in the region would pave the way for more violations of human rights, and also the region would be more vulnerable to wars of aggression.

EM: Tell us about your favorite video that you have made.

JLB: All of them are my favorite, so it is hard for me to pick one. I guess I can pick two of my films that taught me a lot. My first film is one of the most memorable. It is called Hinagap (Imagination). It is about autism and the superstitious beliefs surrounding autism. Because it was my first film, I made a lot of mistakes doing it. There were a lot of challenges, but those challenges taught me how to become a better storyteller.

Another film is one of my most recent videos, the Unheard Voice.  It has been the hardest video for me to do so far. It was not difficult because of the technical aspect of filmmaking, it was hard emotionally. It is the story of the wife of my missing brother. Since 2007 she has remained silent and it was only on the sixth anniversary (April 2013) that she was able to tell her side of the story. The film shows that the victims of enforced disappearances are not the only ones whose rights have been impaired but also the liberties of the people who love the disappeared. It was very personal for me but it also affects the public interest.

JLB: Online distribution has helped me tell the stories I make to as many people as possible, especially where resources needed for wider distribution are unavailable to independent filmmakers. It is actually my primary way to show my films. Of course, online distribution has its limitations. In the Philippines, the majority of people still don’t have internet access or even access to computers. Folks from the countryside would prefer to think about their basic necessities first, like meals, rather than access to a computer. I guess I can say that most, if not all, third world countries have the same problem. So, online distribution is limited to a certain audience here in the Philippines. I would prefer to show my films to the less privileged audience – in factories, in rice fields and in urban poor communities. If people can’t go to a theatre or they don’t have access to the Internet, I think it is the responsibility of activist-filmmakers to go to the places where you find your film’s most important audiences, those who need to act on your film’s messages.