Frengky Making from Papuan Voices chats with Charlie Hill-Smith, producer of 'Strange Birds of Paradise', a new film on the story of West Papua. 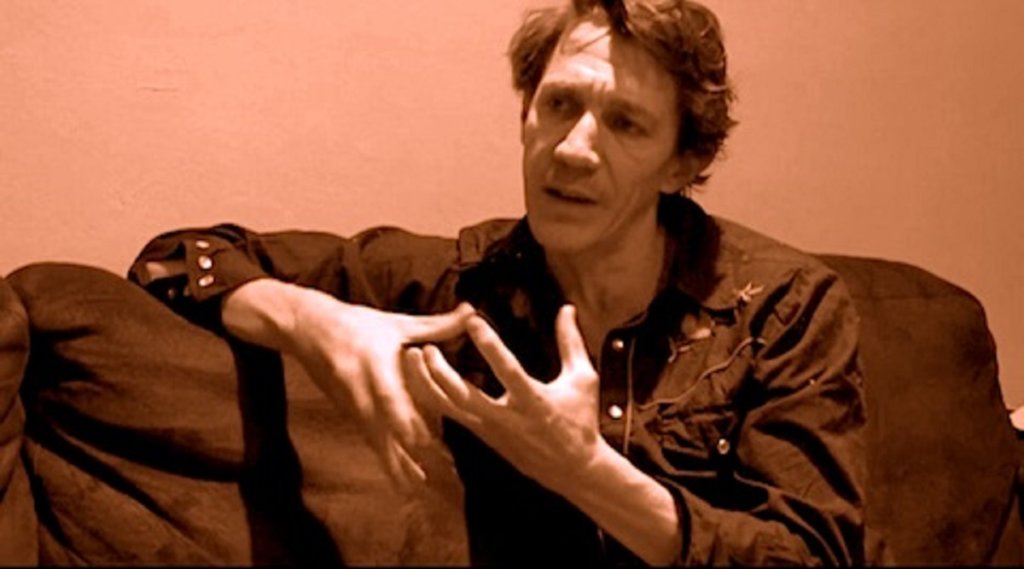 About: Charlie Hill-Smith is a director, who first visited West Papua on a student exchange programme and has continued to maintain close relationships with its inhabitants ever since. He returned in 2006 with a camera and an enormous pool of knowledge about the country and its people.

Frengky Making (FM): I’ve already watched ‘Strange Birds in Paradise’ And I’m going to show this movie to all my friends. But before that, I want to know, what’s the story of this movie? And why are you so interested to make this movie?

And when I was traveling in West Papua in 1999 I was shocked by what I found out and felt very strongly that I’ve been lied to by the Australian Goverment and Indonesian Government and felt very angry very outraged at what was happening to West Papuan people.

So I decided the best way to make a film that would connect with Australian audience or an International audience was tell my story as a personal story. I think it’s more effective to tell a personal story than it is to create an essay type film. Film’s that have external narratives can be very dry and don’t connect with people hearts and minds. So I thought it’s more important follow on my personal journey. So that my story could help people in mainstream Western countries connect with this very complicated and little known story.

So when I traveled to West Papua in 1999 because I lived in Indonesia for many years and spoke Indonesian, and I ended up in Wamena and ended up in Baliem valley. Traveling to every place in Baliem and I was on holiday, I was a tourist and what I discovered as we traveled from village to village with Dani people (Dani Tribe).

We stayed and visited houses and every night people were coming to our house and we started talking, and because I speak Indonesian and we had a terrific guide, a terrific man called Sergios but now he died unfortunately because of Malaria a few years ago. Sergios and I became great friends and he was a Papuan man. Who became a good friend. And we had a laughed a lot together and we have a really-really strong friendship. He trusted me and I knew a lot about local geo-politics. I knew local politics about Java, because I’ve lived in Java for so many, many years.

So the local people started telling me the terrible story about what have occured in West Papua. About missing brothers, murdered fathers. And whole towns murdered, hundreds of thousands of people murdered missing rights. And dispossession and the most terrible, the most dreadful story I’ve ever heard. And I realized in that moment, I realized there we weren’t in a tourist hiking holiday. We were in a war zone, that i didn’t recognize.

So I left west Papua in 1999 and I came back to Australia. And it’s just silent in Australia. Nobody knew west Papua. It was not discussed, and it wasn’t on the agenda. And there wasn’t any political discussion about West. And I felt very frustrated, so I begin how can I make a film that can connect this very difficult story with an Australian audience to try and energised political action outside of West Papua.

So I began working slowly on the film and took many years to make the film luckily the first I was there, I was giving a horim, The Koteka, the Horim Ceremony and so that’s the funny way to start the film. And if you see a man naked then you pretty much trust him from that point in you can laugh at him and you think was this guy okay?. And he’s prepared to laugh at himself, and doesn’t take himself to seriously. So it’s good way to start talking to people. Kinda embarrassing but it’s a good way to start discussion. So yeah that’s where the film came from.

FM: So what’s the biggest challenge that you’ve ever had? And where is that? And do you have any message or suggestion to all the filmmakers who are going to make a movie in a place which has challenges? Maybe you can talk more about that?

CH: Well, ‘Strange Birds in Paradise’ is the most difficult film of mine. Because as you know, journalists have been banned in West Papua for a very long time. So we had get to go to West Papua with very small camera and keep it hidden and pretend that we were tourists. And for almost a month the day before we went in to West Papua, my two camera men revolted and they said that they weren’t going and they were very scared and didn’t want to go. And they said, “We’re not gonna do it Charlie, we’re sorry”. “We’re too scared of going in there”. But eventually I convinced them it was important and we have to do it. So making ‘Strange Birds in Paradise’ is the most difficult film I have made. Purely because, it was difficult to get the story and very difficult to go there, and find the story. And we had a lot of great help from great people but it was nonetheless very difficult. I think no matter what film you’re making.

The important thing to do is to tell a passionate human story. So it’s very easy to get angry or to get to feel what you need to make a shocking film or heavily-worded film or political film. But no one watches the film unless it has a strong human story. When you make a film in a difficult place to shoot or an easy place to shoot you just need to focus on strong human naratives. The politics will come out. The politics will become apparent as the story is told. The worst thing you can do is to make a propaganda, diatribe. To make film if it’s just propaganda no one will watch it. It wouldn’t get any worse.

So my advice on human rights film is to make films that are strong human stories and thorougly very entertaining… You need to put a lot of towards into making them dynamic, interesting, satisfying film experiences and in ‘Strange Birds in Paradise’ we use a lot of music as the sugar to make the medicine go down. I think I’m still very concerned and very passionate about West Papua. And I have friends in Papua New Guinea and West Papua.

And I have a lot of friends in Indonesia as well. And I don’t know what will happen with West Papua. What I want for West Papua is security. That’s the first thing has to happen, the security. In terms of the political structure. I’m not a political scientist, and I wouldn’t know what will happen. But what we all have to demand is security for a farming people and everyday people who were being dispossessed and murdered in West Papua.

But they have forgotten about West Papua. Australian politicians may to broaden their dialogue with Indonesia to include the top of West Papua and to stand up for West Papuan people. And that’s what’s not happening at the moment, so in terms of myself I’ll just keep working from right here with terrific human rights people here in Australia. And we’ll keep trying to raise the topic of justice in West Papua and justice in Indonesia. And hope other Australians are become involved and we can turn the heads of Australian politicians. Invigorate them to talk about human rights and not just the economics. But human rights in this region and we have so much to offer each other if we can stand together and West Papua is very much a dark shadow over this entire region, and until we can lift that shadow and shine a light on to West Papua, none of us will be healthy in hearts.

Check out the full video version of the interview: