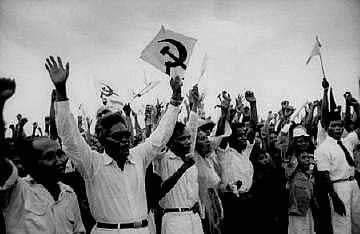 After a five-year investigation about the event, the National Commission announced that between 300,000 to 500,000 people with links to the Indonesian Communist Party (PKI) were killed, raped, tortured and imprisoned across the country in 1965.

Based on their investigation on the 1965 coup, the National Commission on Human Rights (KOMNASHAM) told reporters in its news conference that state officials under the Operational Command for the Restoration of Security and Order (Kopkamtib) led by the late President Soeharto who served from 1965 to 1967, and between 1977 and 1978, should be taken to court for various crimes, including mass rapes, tortures and killings.

Another EM news article about the 1965 Coup:

Several music videos about that tragedy: