Videomaker Tan Kai Swee is part of Citizen Journalists Malaysia - a dynamic network of journalists bringing vital new voices and perspectives out of Malaysia. He tells EngageMedia what inspires him to get behind the camera. 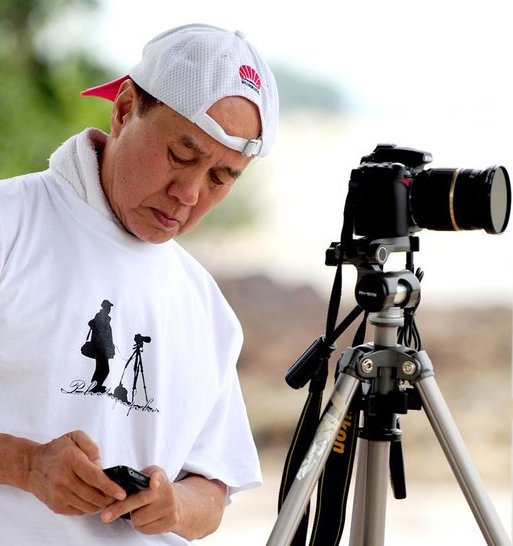 EngageMedia: Why do you use video? Tell us about the moment you first realised you wanted to be a videomaker.

Tan Kai Swee (TKS): I have always enjoyed those BBC documentaries narrated by David Attenborough – his narrations make the images come alive and meaningful to the viewer. Without the audio part, there is no story, no learning, no matter how nice the images are.

I joined Citizen Journalists Malaysia because I wanted to learn about the techniques of video shooting, editing and publishing. The trainers from Malaysiakini, an online news portal in Malaysia, truly inspired me to want to use video as a medium to tell stories – especially human stories. One month after the training, I set about making my first video documentary which was about a stray cat that took refuge on my front porch and gave birth to six cute kittens! From then on there was no looking back.

The sixth video I did was about the lack of basic amenities in an Orang Asli (Indigenous people) village on the outskirts of Kuala Lumpur. That video won me the Citizen Journalists Video of the Year award in 2009. Then I got a bit bolder and ambitious and thought: why not try something like David Attenborough?

I joined a group tour to Northern Thailand with the hope of making a video about the places I visited. The training by Malaysiakini taught us how to look for human stories – and the rich ethnic diversity and historical background of that area provided a lot of material. The stories I could tell about people in that area are endless.

So in the four days, I was there, while others were enjoying the tour, I started to do research on the internet, talking to the people and the tour guide to consolidate my stories. I then started shooting. From that trip alone I shot, edited, narrated and published six videos that were well received judging from the number of viewers, which keep increasing by the month. I have received good comments and encouragement from many who have viewed the videos and it gives me pride and satisfaction to tell these interesting life stories.

EM: Your videos tend to be ‘cultural explainer’ type stories – where you explain a way of life of a particular cultural group to an outside audience. What appeals to you about this format?

TKS: Maybe it has something to do with my age. I feel like there is so much that we see yet do not know or understand, and modern-day life often diverts our attention away from issues of cultural ethnicity, poverty, suffering and oppression. I try to fill this gap and evidently from the number of viewers there is interest in such stories.

EM: Who is the intended audience of your work and what do you hope they learn from your videos?

TKS: Since we are publishing on YouTube, in online news portals and on social media, our intended audience has always been worldwide and as such our stories are geared toward netizens.

Recently I used an online subtitling tool to put English, Bahasa Malaysia and Bahasa Indonesia subtitles on my work. It’s increased my audience significantly. In fact, since subtitling one video in English alone, the video (Shackled for life) had another 8000 viewers in that month. This is really encouraging.

EM: During your trip to Northern Thailand, you visited a Karen village on the Thai-Burma border. What tips do you have for videomakers wanting to make videos in remote communities?

TKS: In fact, Northern Thailand is quite accessible to any foreigners if you have a local guide. Generally, to reach some of these villages you need to trek over a couple of days and it can be quite demanding. A local guide will be able to bring you to some remote areas where you can get good images and stories. For this trip, most of the areas that I visited were along the tourist routes.

I have a plan to make a two-week trek to the real remote areas, but that won’t be until next year. This year, I intend to go to Myanmar, now that things look slightly better there, and possibly to interior Sri Lanka.

EM: How has online distribution changed the work that you do?

TKS: Without online distribution how could we as individual video makers get eyeballs for our work? How could we compete with the big boys like BBC/CNN/Discovery channels? The ability for us to distribute online has really levelled to some extent the playing field and enabled freelance and volunteering video journalists to get their work out there.

Online distribution has allowed the individual to tell the stories as he/she sees them. It has also allowed a new world of interaction between viewers and videomakers, enabling comments, discussions, learning and sharing. And now, social media has enabled us as individuals not only to publish but to promote our stories to the world at no cost.

EM: You obviously feel passionate about social justice issues – what role do you see video playing in enabling change?

TKS: My involvement in video journalism is about providing voices for the voiceless, bringing human, social, religious and ethnic issues to the forefront to achieve better understanding and tolerance among mankind. Every day we see the immense and intense results of our stories in bringing a better understanding of issues and that in itself is the precursor to change.

As a video journalist, my greatest moments are when people are affected by our stories and benefit in some way from them, maybe empowering them to face their problems head-on. My most recent video was a three minute interview with a businesswoman who was assaulted and sexually harassed in a police station. Although she spoke in Mandarin, I had it subtitled in English and in 36 hours it had been seen by more than 40,000 people, had attracted hundreds of comments and had been widely shared on Facebook. This public outcry has prompted an immediate investigation into the matter by the police department. It’s this kind of change that I feel passionate about.