Mark Taylor is a filmmaker based in Sydney, Australia. He has worked in East Timor, Indonesia and Latin America. He works as a media educator for CuriousWorks, a Sydney based non-profit organisation that assists communities to tell their stories using accessible digital technologies. 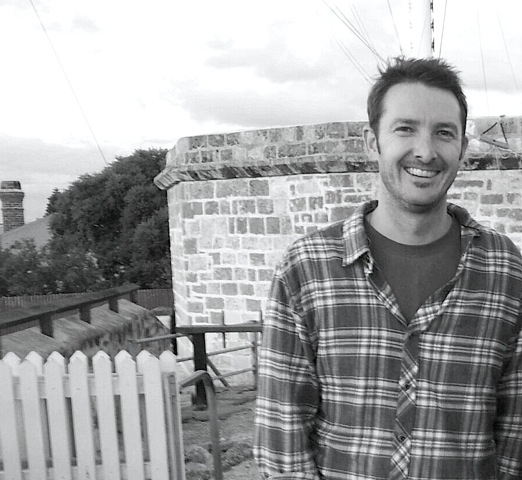 About: In 2005 Mark co-founded the Sydney Latin American Film Festival as a means of sharing stories from Latin America. Mark graduated from the Australian Film and Television Radio School as a documentary filmmaker and since 2006 has been working closely with Australian Indigenous communities in Sydney & Western Australia.

EngageMedia (EM): How/why did you become a filmmaker?

Mark Taylor (MT): I first picked up a camera when I left my job and attended a community video workshop, the first film I made featured Pauline Hanson being run over by a lawnmower and it won the Pine St Film Festival which awarded me a short course at AFTRS. I went to live in Argentina the following year with my partner and I bought a video camera at the airport. In Argentina, I made a documentary (La Luciernaga) with a group of resilient young people from the ‘Barrios’ on the eve of Argentina’s meltdown in 2001. I returned to Sydney and got involved with Actively Radical Television. I learnt so much from the stories of the young people on the streets of Cordoba and realised what a privilege and responsibility it is to listen to people stories first-hand and that was enough for me to continue making films.

EM: Where have you worked?

MT: I have worked in East Timor on a film set against the first anniversary of Independence. I have also worked in Salatiga on a short documentary about Festival Mata Air. I have filmed people and recorded their stories in many different parts of Latin America from Mapuche communities in Argentina to traditional farms in Bolivia and Ecuador. Currently, I am working in Redfern and in Penrith in Sydney and in remote Western Australia.

EM: Why Was Gamarada an important film to make?

MT: Gamarada recorded the evolution of Sydney’s first Aboriginal mens healing group, set up by a handful of well respected leaders in the community. The group created a unique program to support men in overcoming addiction and anger issues associated with loss of culture and systematic dispossession over 200 years. The healing program strengthened their social and emotional well being and helped them reclaim their roles within their family and community. There are countless communities around Australia facing the same issues and the film has been able to share the story of their journey which has inspired men’s groups around the country.

EM: What was the response of the people in the video when it was completed?

MT: The men felt empowered that their story was now on film and they could share it. They enjoyed looking back on the journey that they had undertaken and also at special moments and special guests that appeared along the way. They would like to make a new film that follows the next generation of men currently doing the program.

EM: Is it important to you that this story gets out to an international audience?

MT: I would like the film to be seen by international audience in order to generate awareness around the issues faced by many from Indigenous communities, particularly men. The film was screened to a group of men and women from First Nations communities in Canada, while they were on a research trip in Australia. They said they learned a lot about the issues faced by Indigenous men in Australia through the film.

EM: How do you see the role of online distribution?

MT: Online distribution is the way forward, it allows people to choose the media that want to engage with and not have to be restricted by a narrow selection offered through television networks.

I also think offline distribution is important though so people can share the experience of watching films and be involved discussions. I am a co-founder of the Sydney Latino Film Festival,  which has been an important way for us to build audiences around the issues facing Latin America.

EM: Can you tell us about Curious Works?

MT: CuriousWorks enables communities to tell their own stories powerfully and sustainably. Its aim is to build a future where all Australians have regular access to self-directed, compelling stories from the margins of society. CuriousWorks works with communities to empower local cultural leaders to use digital media to represent their own people in their own ways, for the long term. In doing so, CuriousWorks hopes to slowly build empathy and social inclusion within and between these communities and well as those in the ‘mainstream’ of Australian society.

Our ultimate goal is redundancy, to work ourselves out of a job.

EM: Can you tell us about some of your other films?

La Luciernaga, 2003, 33 mins
MT: Filmed around the time of Argentina’s popular uprising of December 2001, La Lucièrnaga explores the lives of young people working on the streets of Còrdoba. Through their eyes we see what its like to be disadvantaged in a society at the height of free market capitalism. Amidst this hurried world the film also explores a revolutionary organization that commits itself to giving them the chance of a life with dignity. The young people who appear in the film were actively involved in the filming process and much of their camera work has been used in the film.

Festival Mata Air, 2007, 10 mins
MT: In 2007, Festival Mata Air took place in Pancuran and Kalitaman, in Salatiga, Central Java. This is an archive video from the Festival that includes interviews with some of the organisers.

Currently I am working on a project with CuriousWorks and members of the Redfern community on a new film that looks at the role that Boxing has played in the Indigenous community.