Heidi Douglas is an Australian filmmaker with an environmental bent. She runs Dark Lake Productions, a film production company. 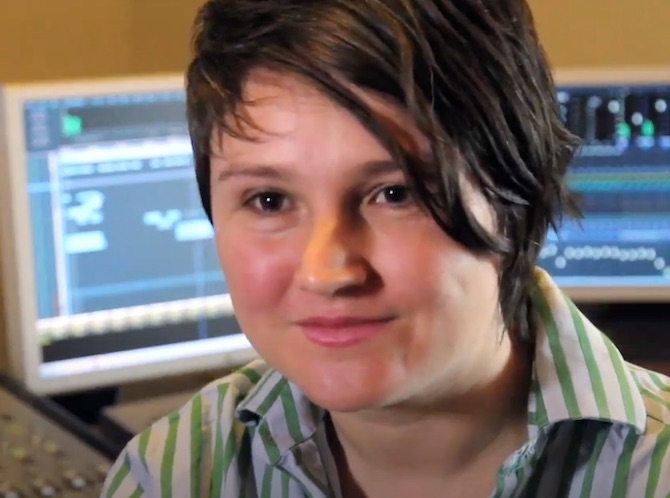 About: Heidi Douglas is an Australian filmmaker with an environmental bent whose work earned her a place among the Gunns 20 - a group of activists who were sued in a multi-milion dollar action by the Tasmanian timber giant, Gunns. She now runs Dark Lake Productions, a film production company.

EngageMedia (EM): Why video? Tell us about the moment you realised you wanted to be a videomaker.

Heidi Douglas (HD): At school, I was very much into photography and history and thought I would study history at university. But then I picked up a video camera in the holidays before university started and loved it. It drew on all the things that I liked about history – with video, you are documenting events but bringing them into the present so they have a contemporary relevance.

So I ended up studying communications instead. And then in my first year, I saw a film about the battle to save Goolengook forest in Gippsland that blew my mind – I didn’t realise there were all these stories that just weren’t being told by the mainstream media.

EM: Is that what inspired you to start tackling social justice and environmental issues in your work?

HD: It was one of the things that inspired me. In my final year of university, I began to apply my knowledge to the issues that I cared about. My first project after graduating was Footsteps – a film about land rights and reconciliation in the context of the year of reconciliation. It was made with Uncle Kevin Buzzacott and Uncle Ronnie Coulthard from the Arabunna and Adnyamathanha communities in arid South Australia. It was a half-hour film that got shown in festivals and won three awards.

That was exciting – but I wanted to make another film. I heard about the fight to save the Tasmanian forests and decided I would travel down there in 2001.

EM: You lived in Tasmania and worked for the Wilderness Society for six years, documenting their struggle to save the state’s old-growth forests. During that time you attracted the attention of timber giant, Gunns, who took you and 19 other activists to court for your involvement in the protests. Tell us about your role as one of the ‘Gunns 20’.

HD: In 2004, 20 people got sued by Gunns and I was one of them in a $6.4 million action. They sued me for half a million dollars for being involved with actions that cost them money – so they were suing for damages, it wasn’t a criminal case. The case was labelled a SLAPP suit, which stands for Strategic Litigation Against Public Participation. SLAPP suits often silence dissent by tying defendants up in a long and expensive court case, which also dissuades other community members from speaking out.

That case took six years to get rid of – they finally dropped charges against the last of the defendants in 2010.

During that time I documented key moments in the case and also did a regular video diary. I have a lot of great footage of the defendants.

I’d like to make a one-hour documentary about the Gunns 20 case, to initiate a discussion about SLAPP suits: should we allow them to keep happening or should we get rid of them like many states in the US now have? The basic underlying theme would be: should big corporations be allowed to buy access to the courts and in doing so impede our freedom of speech?

EM: Gunns no longer seem to be employing strategic litigation as a tactic – they dropped the Gunns 20 case and now the Triabunna 13 case too. Why have they changed tack do you think?

HD: Those cases had a big backlash on their own corporate image. Their share prices dropped. They had to reform the company. They now have a new CEO who realises that the company can’t afford to bulldoze over the interests of community members. Things are changing as companies realise that more and more people care about sustainability and the environment — I’d also like to tell that larger story of a corporate change in modern society.

EM: Tell us about your production company, Dark Lake Productions.

HD: In 2008 I left the Wilderness Society and started my own company so could I broaden my scope. Dark Lake Productions specializes in stories for social change. We do video training as well as production, with a focus on teaching people the skills to tell their own stories.

HD: It’s going well – there’s a big market for these kinds of stories now. Sustainability is a key issue in 2012, and now that videomaking equipment is so accessible, community organisations want to train up their own people to tell their stories, rather than hiring someone to do it for them.

EM: There have been huge technological advances since you started making videos in the 1990s – how has online distribution changed the work that you do?

HD: Things have changed so much since I started. It’s amazing. I mean, email was a new thing when I was starting out!

Nowadays, we don’t even bother making DVDs for 50 per cent of our products – they’re just distributed online. But it does depend on where you are working. In PNG, for example, where I did a video project for Monpi Cocoa exports helping to create fairtrade certified cocoa, it’s not that effective because they don’t have widespread access to broadband. There we employed someone to go around to villages do small-scale screenings with a TV and DVD player.

When I worked in the Pilbara, providing video training to Aboriginal women for Martu Media, we compressed the videos for blue tooth and the kids were blue toothing them to each other’s phones and watching them that way.

EM: You are obviously passionate about the environment but what other issues do you address in your work? Are there social justice issues that are important to you?

HD: To me, the social justice issues are tied in with the training that we do. Enabling people to tell their own stories is what motivates me.

In Vanuatu, for example, I did training for a community organisation called Won Smal Bag. I ran a workshop for four days teaching mostly women all the stages of video production. We story-boarded, filmed with a crew, taught them to edit – and made a music video for an all-girl reggae band. It’s very hands-on training. I try not to do the editing and filming myself.

I guess also the two issues are often tied together – for example with the case of the Gunns 20, where it’s an issue of free speech as much as it is about the environment.

EM: And finally, which of your films is your favourite?

HD: Every new film is my favourite! You’re always improving on the last.

But seriously, when you work for clients – as I have been for much of the last 10 years – you’re not making films that are a pure expression of yourself. I hope the Gunns 20 film will capture more of my own story, but I’m still looking for funding for that.

I’ve tried both the ABC and SBS with no luck. So now I’m starting to think: I might just have to go ahead and do this by myself – just like I used to do!