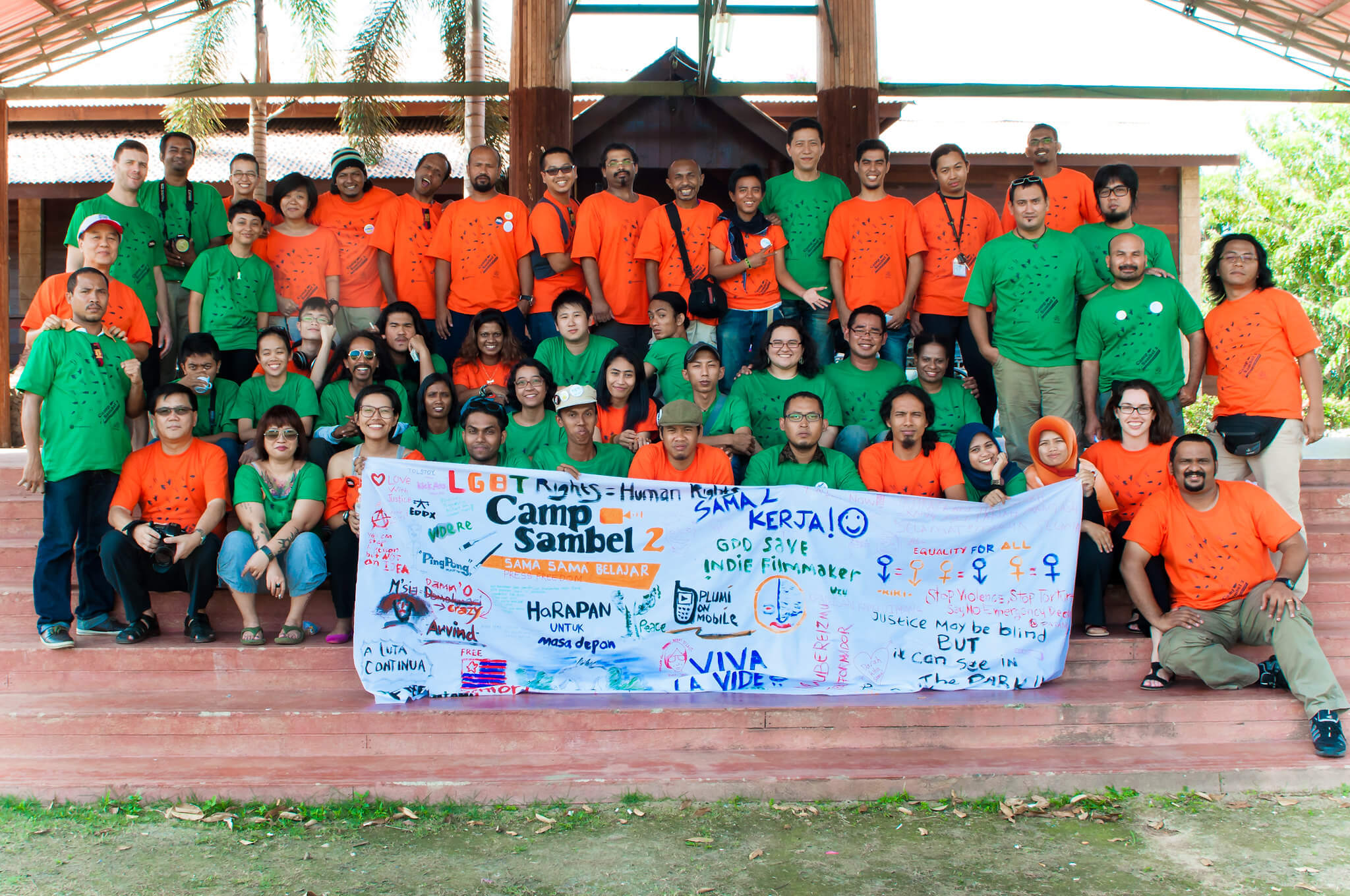 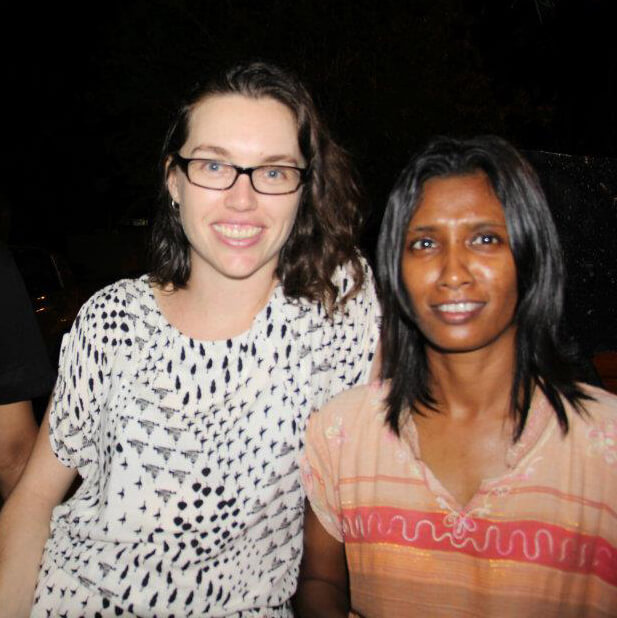 On February 24th, we wrapped up Camp Sambel 2 and waved goodbye to 50 participants returning home with new video distribution skills under their belts and exciting collaborations in their futures.

The camp, named after a conflation of ‘Sama-sama belajar’ (learning together) was the second in a series of meetings of Malay-speaking video activists in the region. Participants came from a diverse range of organisations including the inspiring Jakarta-based LGBT news portal ‘OurVoice‘ and the infamous Malaysian citizen journalist site CJ.MY, part of the Malaysiakini network. The Malay speaking world also includes the Pattani region of Southern Thailand, where 3 participants travelled from (see more about Pattani here ), as well as East Timor, where Bahasa Indonesia is still widely spoken.

This year the camp was held at a ranch in Port Dickson in Malaysia, about a 90 minute drive from KL. The broadband in the area was very limited so a dedicated team (Cheekay and Izhar) spent several preparatory days making sure that we had access to the internet through multiple mobile networks. They also set up a local server with Plumi installed so participants could easily publish and share files.

The program was packed with workshops, feedback sessions and discussions. The EngageMedia and KOMAS team was very busy with leading sessions and Wandi from AirPutih was super generous with his time. He conducted many great sessions including ‘Open Source Matters’ and ‘How To Make Money from Your Videos’.

We also had several plenary sessions lead by our fearless facilitator Prakkash. There were also nightly screenings of participants’ videos, curated by a charming Yogyakarta team: Cecilia of Kampung Halaman and Yudha of Festival Film Dokumenter. All of the workshop materials were made available in Indonesian, Malaysian and English. 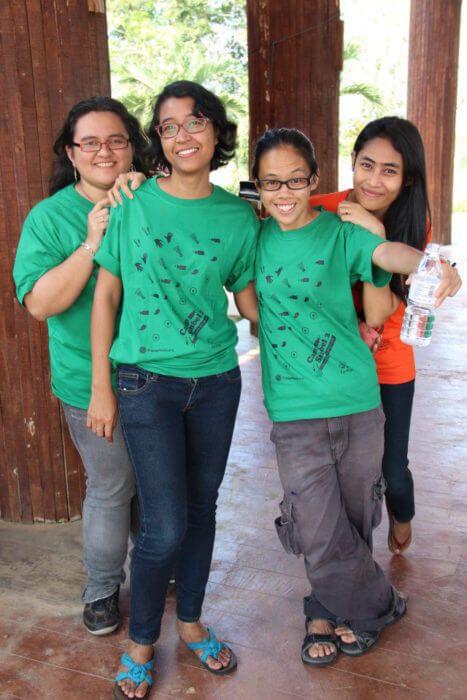 One of the most exciting skills developed at the camp related to Seelan’s work with Universal Subtitles. All participants were introduced to the Universal Subtitles system, and most had a go of subtitling videos online. A core group was very interested in being part of the EngageMedia subtitling team.

Many cross publishing occurred immediately as participants realised the Sambel network gave them access to exciting content easily. For instance, the OurVoice news piece went up on www.malaysiakini.tv and within 24 hours there were more than 3500 hits. Malaysiakini.tv also published a piece on human rights abuses in Papua. You can view it here. Loads of videos from the camp were also published to EngageMedia.org

Camp Sambel 2 made clear the possibilities of a regional video activist network in South East Asia. There is much work being carried out to ensure that activists are working securely and creatively to campaign for justice across national borders. .. And we all look forward to Camp Sambel 3 … Sarawak? Sabah? Dili? Padang? Jayapura? 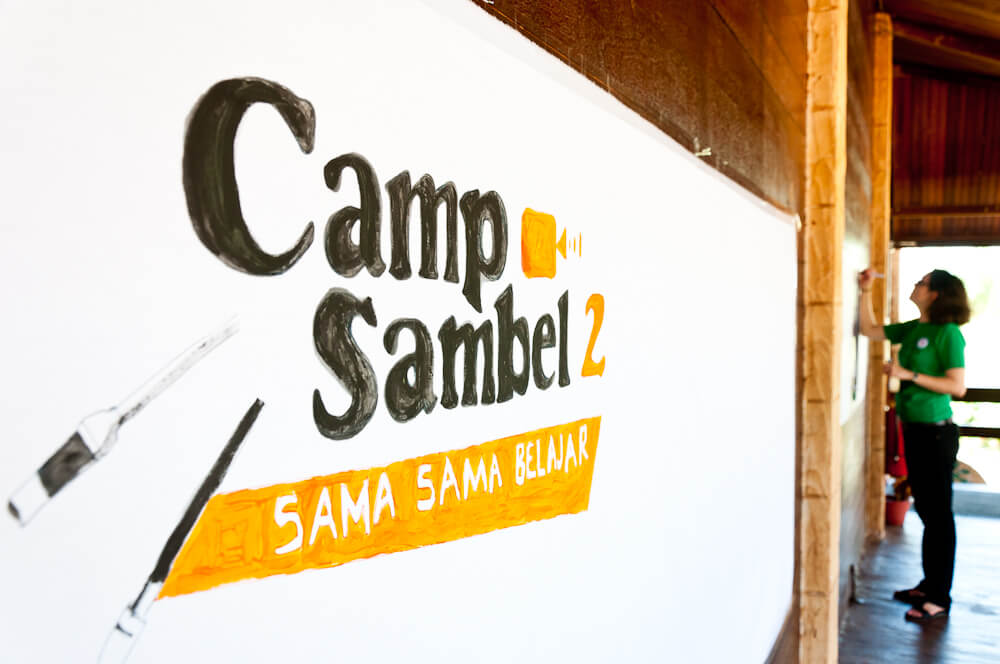