Jong Pairez is a freelance visual artist, part-time supermarket employee, and aspiring amateur filmmaker. He is interested in understanding his own condition that affects him as a foreign migrant in Japan. 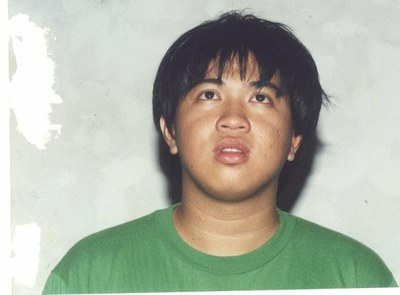 Jong Pairez is a Filipino freelance visual artist, part-time supermarket employee, and aspiring amateur filmmaker living in Japan. He is interested in understanding his own condition that affects him as a foreign migrant in Japan.

When You Can Barely See Colors and Light (8mm colour film) is a work in progress. This is a film diary and auto-dialogue of a father to a newborn child.

In their own words

EM: Tell us who you are as a filmmaker.

JP: It is very difficult to describe myself as a filmmaker because in the first place I don’t make Films I only collect, collate and remix pre-existent movie clips available online and I do this as a hobby. But I love watching movies and imagine myself as a filmmaker. I enjoy daydreaming a lot.

JP: Relatively, video is cheaper than film in terms of production cost. But it is many ways cheaper to re-use existing moving images to create new meanings and stories. No wonder why I am very much interested in working with pre-existent moving images because there has been a surplus of image production lately.

I have no formal education in filmmaking but since a surplus of moving images is so massive I tend to gravitate towards manipulating these images to articulate my condition and social concerns that surround me.

JP: My condition as a foreign migrant and part-time laborer in Japan has led me to question issues that affect me, namely, Migration, Identity, Displacement, Environment and Globalization. These are the basic elements that constitute my works.

JP: It was a process and it started during the time of social unrest in the late ’90s, the moment in history when Asian financial crisis resulted in the collapse of local economies in Southeast Asia. The student uprising in Indonesia, the arrest of Ted Kaczynski- the Unabomber, the Battle in Seattle, my involvement in radical student activism in the Philippines, and the EDSA uprising in late 2000, and so forth. These are the influential moments that radicalised my perspective as a visual artist.

EM: Among other, many of your work’s emphasize around environmental issue, Tell us more about it?

JP: I was born and raised in a country where environmental catastrophes, mostly man-made, is very common. Some of us were desensitized and have accepted this catastrophe as a wrath of God. There is nothing we could do about it and we have accepted these environmental miseries as part of our lives. This is why the Philippine government continue to support
multi-nationals in exploiting our limited natural resources in the name of productive growth and development at the expense of people who die every year during flash floods, landslides, and poisoning.

When I chanced upon an audio clip of some Philippine government representative giving a speech at the London mining roadshow inviting multi-national investors to invest in the country, I was furious. So I immediately appropriated the said material and juxtaposed it with the fresh videos of the disastrous Super-typhoon Ondoy (2009) that was uploaded online by the local people who were affected by the catastrophe.

It seems like the available materials (audio and video) were there to tell me some kind of message. And the message was telling me that there is no central issue, but rather it encompasses various issues that directly affect the marginalised.

It feels like there’s a war that has been waged against us.

JP: Every time I produce a work it’s always a first time. So it is very difficult for me to choose a favourite piece for every work I did are distinct to each other. However, since I’ve been recently trying to perfect the technique of video remixing using Free and Open-Source Softwares (FOSS) I would probably choose my recent works as a favourite-form and content-wise.

JP: I believe that online distribution is radically changing the general idea and practice of filmmaking because it realizes the use-value of films and movies in our contemporary society. Most especially when these materials are open to remixes and remakes, a true semiotic dialogue could be possibly lead to a functional society participated by everyone. And I am looking forward to this technology that could possibly lead us to genuine Democracy.

Another world is possible, baby!